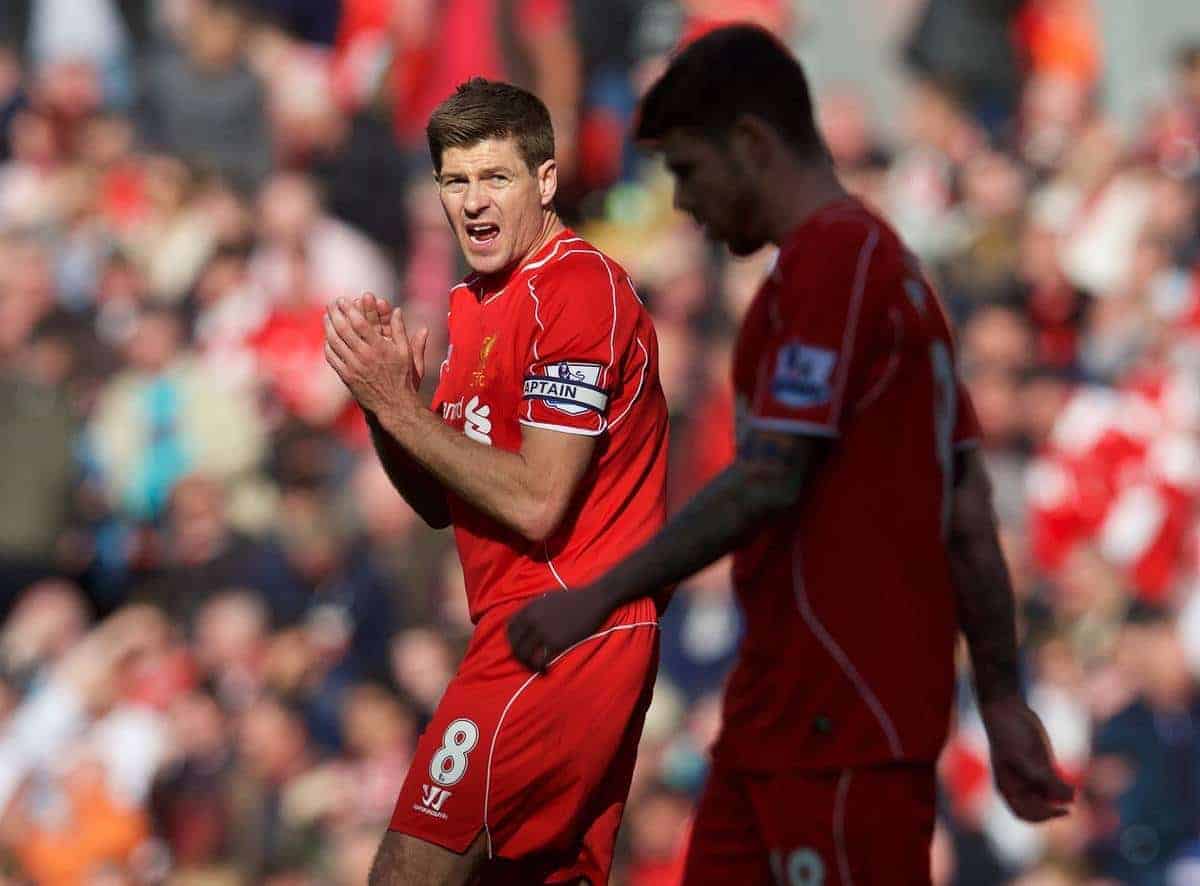 Liverpool captain Steven Gerrard admits he was desperate to give the Anfield faithful one final flourish to add to his extensive back-catalogue of exploits.

In reality there was little he could have done in the 3-1 defeat to Crystal Palace which would have come close to matching any of his magic moments already entwined in the club's great history.

The 34-year-old midfielder is a competitor right to the end but the fact he could not bend the match to his will, as he has done so many times before, suggests he has chosen the right time to seek a new challenge in Major League Soccer with Los Angeles Galaxy.

"But I'm proud of what I've done and I just hope that they've all got memories to remember me by."

Those memories may well be all fans have to cling on to if Liverpool cannot find a way to cope with Gerrard's departure.

The club have lost great players before and have always replaced them but, for the first time in half a century, the side appear to be heading into next season without one genuine superstar.

Manager Brendan Rodgers acknowledges replacing Gerrard per se is impossible but somehow he and the transfer committee have to come up with a successful plan.

"I don't think there is that person who has come into the club who has given what he has done over the time," said the Reds boss.

"We will have to plot a way to improve in the summer and that is our challenge."

Asked if he was optimistic for the future Rodgers added: "We have to be.

"In my time here we have lost a couple of players in Jamie Carragher and Steven Gerrard.

"Those two players in the Premier League years here have been monumental.

"Throw in a world-class player like Luis Suarez and of course it is difficult but we will rise to the challenge.

"Hopefully in the summer we can add that quality."

England midfielder Jordan Henderson looks set to assume the captaincy from Gerrard but he is well aware of the void which will be left behind.

"It doesn't feel too good to be losing a leader and a role model," he told LFCTV.

"He's had a huge influence on me.

"I felt when Stevie hasn't been in the team I've tried to lead by example and that's all I can do and all I'll look to do in the future.

"Now is the time for us to kick on as group next season."