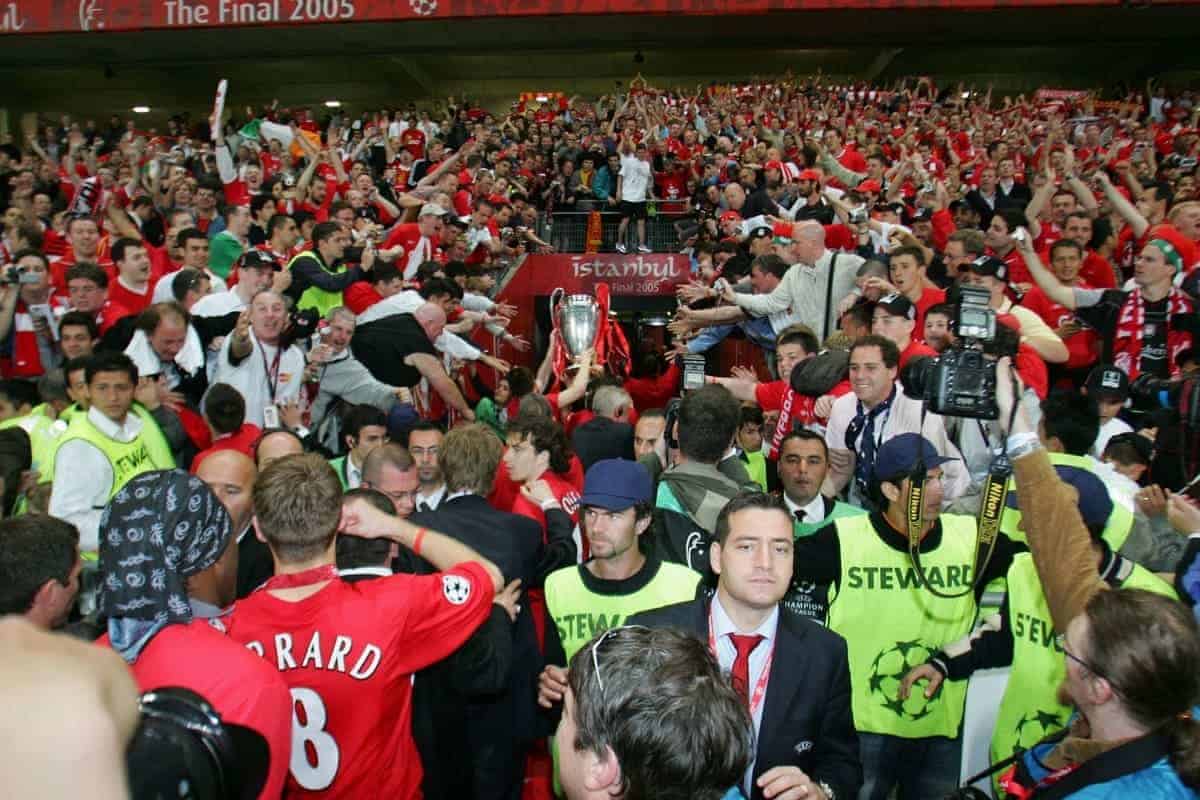 Remembering the greatest night in Liverpool Football Club’s history, 10 years to the day on, this remarkable footage shows ‘The Miracle of Istanbul’ through fans’ eyes.

May 25th 2005 is, and probably will remain, the greatest European Cup final of them all as Liverpool came back from three goals down to equalise and eventually beat AC Milan on penalties at the Ataturk Stadium in Istanbul.

The footage above captures the magic of the night and the raw emotions the traveling Kop went through as the Reds lifted their fifth European Cup.

After the game defender Jamie Carragher said, “Jerzy’s saves from (Andrei) Shevchenko were unbelievable, I was just waiting for the net to bulge and for it to be game over. I couldn’t believe it and that was the moment I felt our name was on the cup. I think it will go down in history – people will be talking about it in 20-30 years’ time.”

Were you there in Istanbul? If not, where did you watch it? Let us know your memories of the night in the comments below.