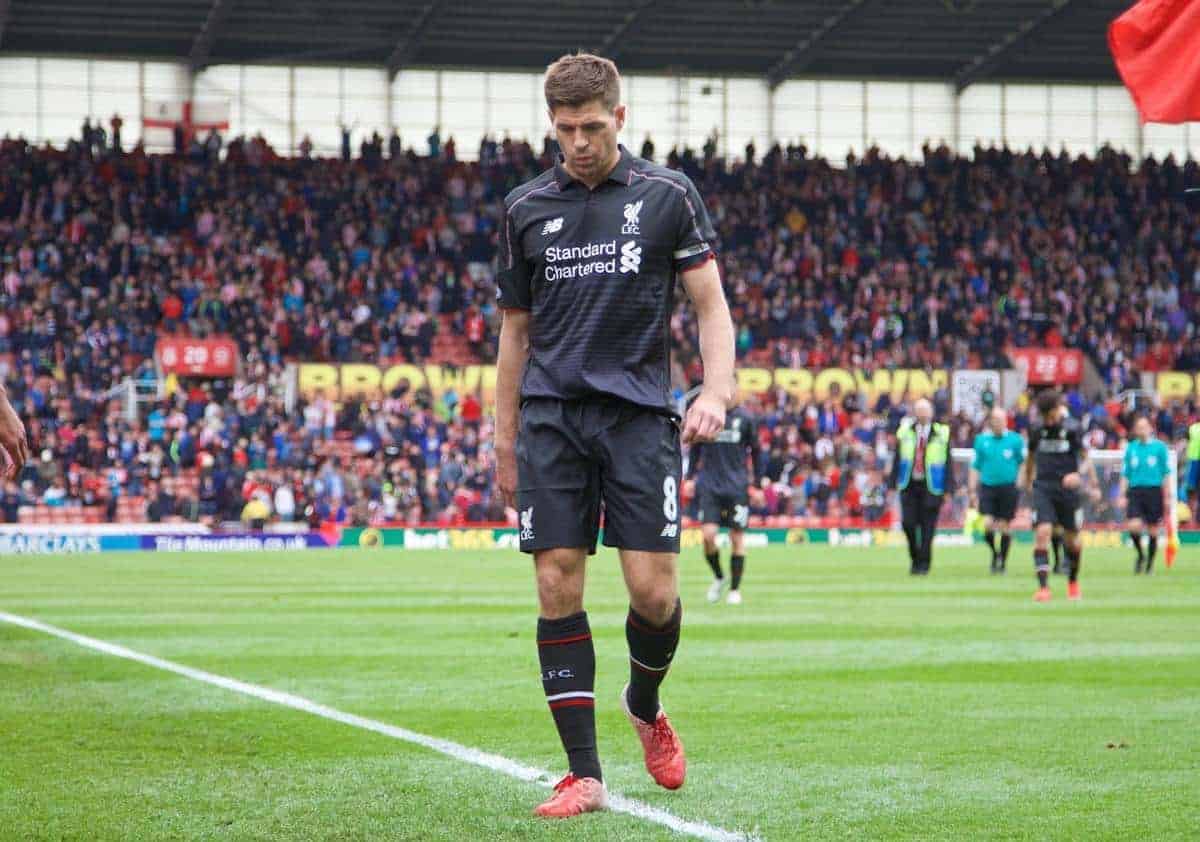 Liverpool succumbed to an embarrassing 6-1 defeat to Stoke City on Sunday, and we round-up the best social media reaction on a terrible day for Brendan Rodgers and his side.

What an absolutely shambolic end to Liverpool 2014/15 season, and to Steven Gerrard’s magnificent Liverpool career.

The Reds were absolutely destroyed by a buoyant Stoke side, and their first-half showing was one of the worst in the club’s history.

There were pathetic performances all over the pitch, and errors from Simon Mignolet, Emre Can and Lucas Leiva all played a part in Liverpool’s humiliation.

It is a terrible way to finish the campaign, and must surely put Brendan Rodgers’ future hugely in doubt. Does he really have a leg to stand on after this?

That could be the worst half of football in our entire history. Easily the worst I've ever seen. Disgraceful. #lfc

Lot of empty seats in away end already. Those who have stayed make their feelings known as Rodgers and his players head for dressing room

This is spectacularly bad from #LFC. Total disbelief as the scoreline is read out at St James' Park. Rodgers does not need this

GOAL! Steven Gerrard. It had to be him. Huge ovation from the Stoke fans.

I said a few weeks ago Rodgers stays unless 'something dramatic' happening, I think something drastic is happening today at Stoke. #LFC

Said everything I want to say about this season. Over to you FSG, get it done. I wouldn’t be surprised though if LFC offered Johnson another 4 year contract.

Any bets on a punch up in the dressing room? :p (there should be to be fair).

In other news, this performance has gone from abysmal to one of the most hapless #LFC displays in the club's history.

I have never seen anything this bad from a Liverpool team. Not ever. This is unforgiveable as far as I'm concerned, from everyone out there.

Hard to see a way back for Rodgers now after that disgrace. 150% comment yet another that will come back to haunt him.

Usually would suggest practising loyalty and showing faith in a beleaguered manager, but Brendan Rodgers has completely lost the plot. #LFC

Even with a Real Madrid deal on the table, I do wonder if Rafa is staring at his phone, waiting for it to ring…

‘Dark Metal’ on the forum:

Utterly dead inside at the minute.

Worst feeling as an LFC fan for years.

'The boys showed great character to draw the second half'. Odds on this being a post match Rodgers quote? #LFC

First time in 52 years since #LFC have conceded 6 or more goals. #Rodgers loves breaking them records.

Let us know your thoughts on the match in the comments below.