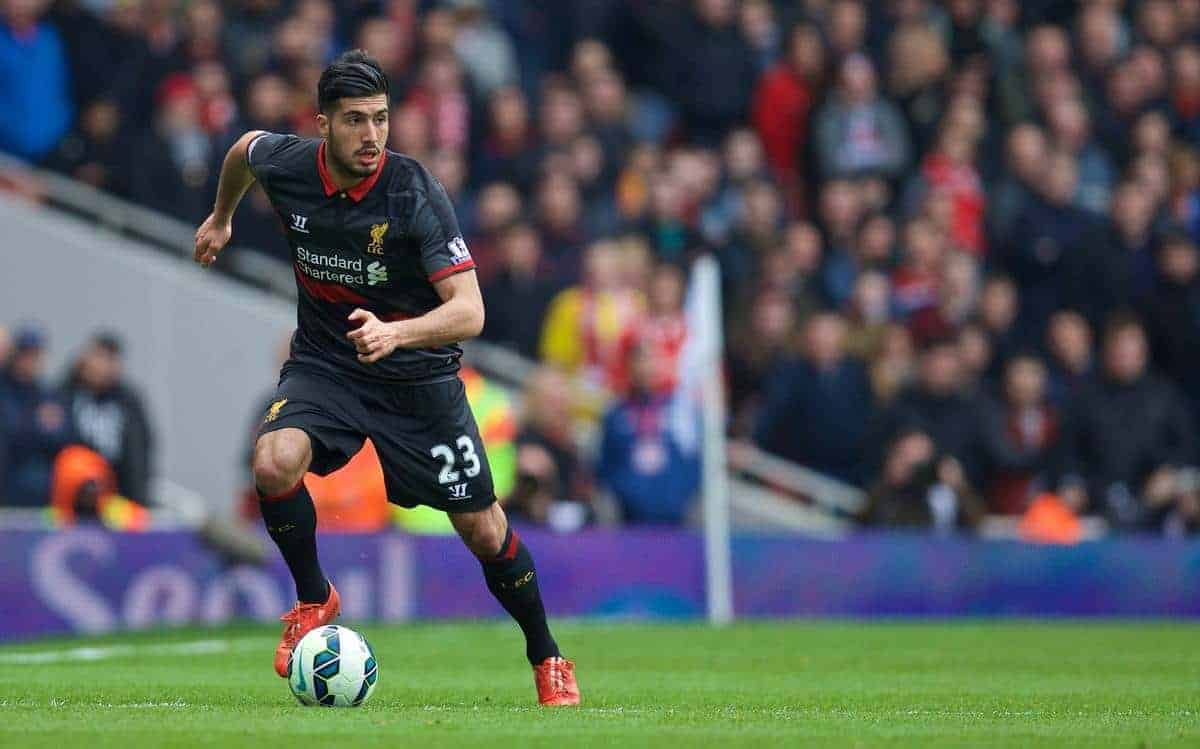 10 Bold Predictions for Liverpool this Summer

With just over a month to go before the beginning of the 2015/16 Premier League season, Jack Lusby makes 10 predictions for Liverpool’s summer. The summer has hardly stopped the football machine from whirring on Merseyside, with Liverpool enjoying a busy off-season so far.

With six signings all but confirmed and the prospect of more to come, Liverpool’s summer of 2015 could be a truly defining one for Brendan Rodgers, who remains manager despite a tough 2014/15.

But what comes next for Liverpool this summer?

Here are 10 predictions for Liverpool for the sunny season, including a new role for Emre Can.

The signings of James Milner, Danny Ings and Roberto Firmino have fleshed out Liverpool’s squad significantly, with these moves much needed this summer.

Rodgers now heads into pre-season with much of the necessary work completed, but there are two more key appointments that still need to be made: captain and vice-captain.

Expect Jordan Henderson to assume Steven Gerrard’s vacated captaincy, while Martin Skrtel takes up the vice-captain’s post, having already donned the armband at times under Rodgers. That won’t be the only major development for Skrtel this summer, however.

Despite having currently reached an impasse with the club surrounding what he believes to have been an “unacceptable” appearance-based contract offer, the 30-year-old is likely to agree extended terms before 2015/16.

Rodgers, who used Skrtel more than any other defender last season—with 33 Premier League appearances to his name in 2014/15—is clearly a big fan of the Slovak.

He won’t let his most-favoured centre-back slip through his fingers this summer.

With Jose Enrique’s chances of staying at Liverpool this summer looking very thin, Rodgers will need to sign another left-back before the season kicks off.

Speculation has been quiet surrounding potential targets, but FC Copenhagen man Ludwig Augustinsson has emerged as a key focus, according to reports, which claim the 21-year-old has already held talks with the club.

Augustinsson only joined FCK in January, but has impressed on the left defensive flank since arriving. Most impressive has been his crossing ability, combining well with centre-forward Andreas Cornelius.

Augustinsson would be fairly inexpensive, despite his recent arrival in Copenhagen, and would provide Alberto Moreno with much needed competition, and Rodgers a different breed of left-back.

Like Augustinsson, Reds centre-back Tiago Ilori has performed well over the summer during the European Under-21 Championship, with the Portuguese taking up a regular role in defence.

Ilori hasn’t been given a fair shot at the Liverpool first team since his arrival in 2013, but looks set to be deployed throughout pre-season.

With reports suggesting a new contract is on the cards, too, Ilori could have a big future under Rodgers.

He clearly has the talent, and an impressive pre-season is expected.

Emre Can Moved into Midfield Can has been angling for a role in the Liverpool midfield all summer.

“I’ll be playing my best position soon, which is central midfield,” he said in June. “The coach knows about it and sees it the same way I do.”

He has outlined his midfield credentials already with a string of eye-catching performances under Horst Hrubesch during Germany’s ultimately ill-fated Euro U21s campaign, and this should inform Rodgers’ use of him in 2015/16.

Can should move into midfield for Liverpool this summer, taking up Gerrard’s vacant role in the engine room. Andre Wisdom, Jordon Ibe and Joao Carlos Teixeira all enjoyed positive developmental loans last season, while Danny Ward will be hoping his season with Aberdeen in 2015/16 will kickstart his pursuit of the No. 1 shirt at Liverpool.

Ward’s temporary exit should be followed by a host of others this summer.

Jerome Sinclair made his Premier League debut for Rodgers’ last season, but with Daniel Sturridge, Divock Origi, Danny Ings and another to-be-signed centre-forward all likely above him in the pecking order, he will no doubt head out on loan.

Elsewhere, both Sheyi Ojo and Joe Gomez have credible claims to a squad role under Rodgers in terms of talent, but a spell with a high-level Championship or lower-level Premier League side would be advised.

Expect all three to leave on loan this summer.

Liverpool will have wanted to avoid a prolonged transfer saga this summer, but those hopes were dashed when Raheem Sterling announced his intention to leave.

Manchester City have already had two big-money bids rejected by the Reds, but are expected to come back in for the 20-year-old with an offer close to £50 million.

This would meet Liverpool’s reluctantly proposed valuation, and should prompted Sterling’s exit.

There is little chance of Sterling remaining on Merseyside for the 2015/16, and a £50 million move to City would represent a fair deal for the club.

Roberto Firmino‘s £29 million transfer to Liverpool has reignited Anfield hopes this summer, and much will be expected of the 23-year-old.

Having crashed out of the Copa America with Brazil this summer, Firmino will now join up with his new team-mates alongside compatriot Philippe Coutinho, and could feature during Liverpool’s pre-season schedule.

Already Bundesliga-hardened and impressive on the international stage, Firmino will be ready to swiftly adjust to the rigours of the Premier League.

As former Reds left-back Fabio Aurelio predicts: “He shouldn’t have many problems to adapt.”

Expect Firmino to hit the ground running this summer. Firmino’s arrival signals Liverpool’s intention to revamp their attacking line ahead of the 2015/16 campaign, and rightly this will see a number of players leave this summer.

Fabio Borini and Rickie Lambert looked completely at odds with Rodgers’ system last term, while Mario Balotelli was unfavoured from the start—all are expected to depart during the off-season.

Borini and Lambert will likely be sold to the highest bidder.

However, as Sampdoria manager Walter Zenga highlighted as he pulled his side out of the race for Balotelli, offloading the Italian may be more difficult—a loan move is more plausible.

Despite Firmino’s arrival, Liverpool will still be short of an option in attack, with a first-choice centre-forward still to be signed this summer.

Although his qualities are particularly divisive, Christian Benteke seems the likely arrival.

The Aston Villa striker has been Liverpool’s No. 1 attacking priority throughout the summer, and while the two clubs are currently struggling to reach a compromise involving his £32 million release clause, it seems inevitable that the Reds will get their man.

Villa will eventually relent, perhaps with Borini or Lambert sweetening the deal, and Benteke will join for around £25 million—consigning Liverpool’s season to another imbalance of attacking ideals.

Which surprise signings and pre-season revelations do you predict for Liverpool this summer? Let us know in the comments below.