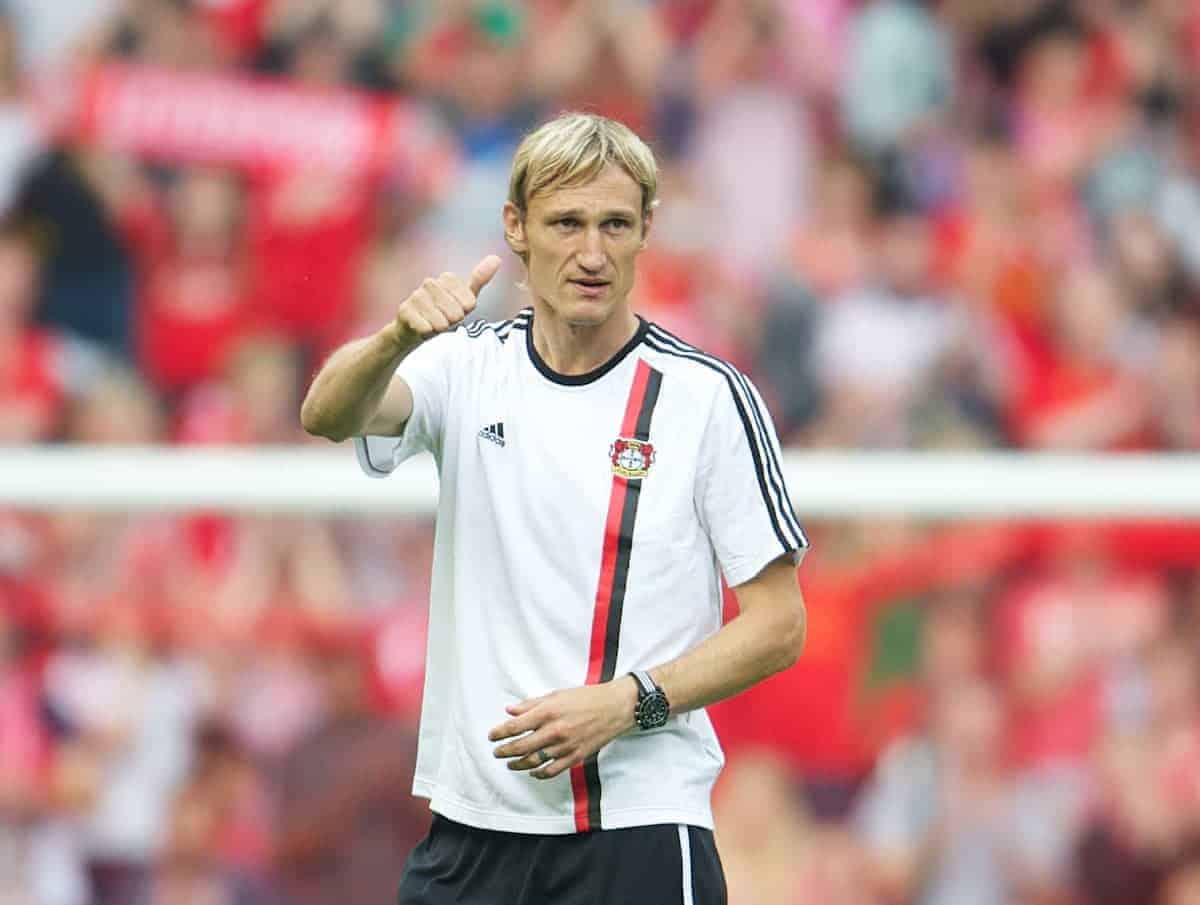 Following the news that assistant manager Colin Pascoe and first-team coach Mike Marsh will leave the club this summer, we take a look at some potential replacements for the duo.

According to one report, it “is likely Liverpool will now look to bring in another ex-player to bolster their backroom team.”

While another explains that: “There has been pressure since the end of the season for Rodgers to add more experience to his staff. There are some who want him to look to some of the club’s vast contingent of legendary former players to retain the essence of Anfield’s bootroom culture.”

Marsh, who played for the club from 1989 to 1993, joined the coaching staff at the academy in 2009 and was promoted upon Rodgers’ appointment in 2012. He began the 18-month course for the prestigious UEFA Pro Licence course last March.

Pascoe’s coaching qualifications are less known, with the official Liverpool FC website merely stating that he obtained his “coaching badges”. He joined Swansea in 2010 and moved to Merseyside in 2013 with Rodgers.

So who might come in and replace Marsh and Pascoe to work alongside Rodgers?

Immediately after Marsh’s dismissal, Hyypia’s name was the one that flooded social media.

The Big Finn would certainly be welcomed by supporters who still have an affinity to the defensive rock who played for the club from 1999 to 2009 – a huge part, of course, of the Champions League success of 2005.

However, since leaving Liverpool and moving into management he’s had two tricky spells. He was sacked last April after two years as head coach at Bayer Leverkusen in Germany, and resigned last December at Championship Brighton after just one win in 18 games.

He was previously assistant coach for the Finland national team.

The other half of Liverpool’s centre-back pairing in Istanbul, Carragher would certainly bring defensive know-how and, perhaps most importantly, passion to the coaching staff.

With Marsh having been the only Liverpudlian among the staff, the appointment of Carragher would ensure the scouse heartbeat at the club.

“For me, it is very important to have people with the sort of root of Liverpool in their heart, the soul of the club,” said Rodgers upon Marsh’s appointment three years ago.

Carragher has no first-team coaching experience but has done some coaching at the academy as he takes his coaching qualifications. Appointing him would certainly placate those fans miffed by Marsh’s dismissal.

Pako was Rafa’s right hand man and a very highly rated coach, working with Benitez at Tenerfie and Valencia and then Liverpool, until 2007. The pair fell out and Ayestaran later denied claims he betrayed Rafa.

He’s just won the treble as manager of Israeli side Maccabi Tel Aviv.

Little Sammy is a man synonymous with Liverpool Football Club, having played for the club and taken up roles as coach, reserve team manager, first-team coach, assistant coach and caretaker manager previously.

He left the club in 2011 and was appointed as assistant manager to Ronald Koeman at Southampton just days after agreeing to become Hyypia’s assistant at Brighton last summer.

McAllister’s signing in 2000 was an inspired one and the likeable Scot left an impression during his two years as a player at Anfield.

He’s held roles at Coventry City, Leeds United, Middlesbrough and Aston Villa – where he was assistant to Gerard Houllier.

Fowler currently works for the club as an ambassador and helps out at the academy, along with former players Steve McManaman and Rob Jones – a role which Rodgers asked him to fill shortly after his appointment at the club.

The iconic forward obtained his UEFA A licence qualification (one below the Pro Licence) in 2013, alongside the likes of Peter Schmeichel and David James. [td_ad_box spot_id=“custom_ad_3″]

To coin a term that FSG know from baseball, Henchoz would be a curveball appointment. The Swiss centre-back formed a solid defensive partnership with Hyypia under Houllier’s leadership.

The 40-year-old completed his Pro Licence course last summer and has ambitions to move into management.

Certainly not a former player, Dutchman Meulensteen is a highly regarded coach with a wealth of experience in the Premier League – most notably as Alex Ferguson’s assistant at Old Trafford from 2007 to 2013.

Players speak incredibly highly of his training sessions and he holds the UEFA Pro Licence.

He spoke about how Rodgers needs to improve his backroom staff last year, saying:

“He has obviously got people around him who he obviously thinks are the right ones.

“But I think he could have done with someone who has been there, seen it and done it.

“Playing in the Premier League and the Champions League, it’s a different rhythm that requires a different style of training and a different management strategy through the week. You need to know these things.”

He probably has a point.

Zenden played for the Reds from 2005 to 2007 under Rafa Benitez. Rafa then surprisingly appointed the Dutchman as his assistant at Chelsea in 2012. He’s one of the names immediately being linked with a role in the new coaching setup.