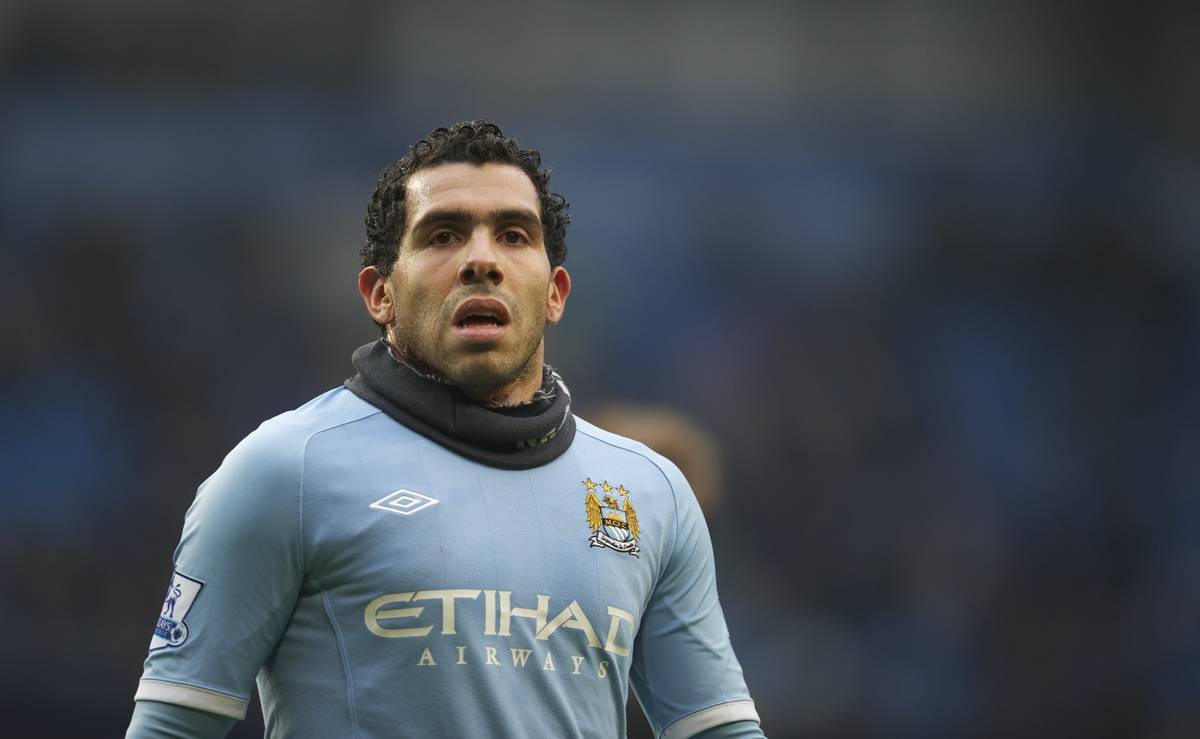 Amid reports linking Juventus superstar Carlos Tevez with a shock move to Liverpool, the Argentinian is exactly the type of attacker Liverpool need – and needed last summer.

According to rumours in Italy, the Reds could be set to move for Tevez this week, as they look to sign a striker of genuine world-class stature.

It’s fair to say that the vast majority of transfer rumours that arise at this time of year are not to be believed, and this link certainly feels as tenuous as most.

Quite why Tevez would opt to join a team not even in the Champions League, having just started in the final of Europe’s greatest club competition, is questionable.

Despite this, should Liverpool pull off an unlikely coup and bring the 31-year-old to Anfield, it would be a fantastic piece of business – we need some South American influence in attack!

Tevez is not just a brilliant footballer, but he is also a magnificent team player. There are clear comparisons to be made between him and former Liverpool hero Luis Suarez.

Both are controversial characters at times, but when it comes to their sheer will to win on the pitch, they are both up there at the top – and Liverpool need that winning mentality.

Tevez, like Suarez, has an incredibly infectious work-rate, and a large part of Juventus’ energy and fighting spirit in recent years has come from the Argentine leading from the front.

He is a constant pest to the opposition defence, but unlike many who are lauded for their wonderful work ethic – Dirk Kuyt for example – Tevez is also blessed with huge amounts of natural ability.

It’s hard to think of an available striker in world football who suits the Reds more than Tevez right now, when you look at the attributes he would bring to Brendan Rodgers’ side.

In many ways he is the polar opposite to Mario Balotelli, offering work-rate, movement, goals and assists.

Some will point to the fact that Tevez is 31 years of age now, but it is a lazy argument. He is a player at the peak of his powers, and should remain that way for the next two or three years.

Liverpool need a striker of Suarez’s ilk, given the way Rodgers likes to set-up his teams, and Tevez ticks all of the boxes. He is the type of player the Reds should have been seeking to sign 12 months ago when Suarez left.

Tevez’s ability to link with his fellow attacking players and interchange is something that has always been evident throughout his career, and the thought of him dovetailing with the likes of Philippe Coutinho would be a mouthwatering prospect.

It is at times like this that I need to stop dreaming of a Coutinho/Tevez masterclass and remind myself that he will probably not be joining Liverpool.

20 goals in 32 Serie A appearances last season outlines Tevez’s goalscoring pedigree, and given Liverpool’s complete lack of ruthlessness in front of goal in 2014/15, acquiring him would make an enormous difference.

Add to that the fact he created 65 chances for teammates in the league alone last season, and registered seven assists, and it’s easy to see how much more dangerous he would make the Reds.

Tevez’s ability to perform in the big games is also something that would benefit Liverpool, when you consider how young and inexperienced the current crop of stars are when it comes to crunch matches.

Time and time again the diminutive forward has delivered when it counts, and you only have to look at his winner in front of the Kop for Man United in 2007 for proof of that.

Talents like Tevez do not come along too often, and finding possible alternatives for Rodgers and FSG to bring in in terms of style is very difficult.

There are a handful of these street-fighter type of players around at the moment, but they are all completely unrealistic purchases.

Suarez may be the obvious Tevez comparison to make because of his Liverpool past, but Sergio Aguero, Alexis Sanchez and Diego Costa are all similarly brilliant. None of them would even consider joining the Reds this summer.

There really isn’t anybody on Tevez’s level realistically available, which makes trying to sign him even more imperative.

Gonzalo Higuain is a fantastic goalscorer who would undoubtedly add a great amount to the Liverpool side, but he lacks his compatriot’s all-round game and influence.

Another former Reds target, Paris Saint-Germain’s Ezequiel Lavezzi, is not dissimilar in style, albeit as more of a wide man, but he lacks the consistency of his international teammate. [td_ad_box spot_id=“custom_ad_3″]

The sad reality is that Liverpool’s chances of signing Tevez from Juventus are very slim, even though the 31-year-old will leave the Old Lady this summer.

The most likely outcome is that he will return to former club Boca Juniors to see out his playing days, although Atletico Madrid have also been strongly linked with his signature. You could see him excelling for Diego Simeone’s side, that’s for sure.

The 69-time capped Argentina star would be an outstanding signing for the Reds, and would go quite some way to filling the gaping Suarez void that has been so apparent over this past year or so.

He wouldn’t be a long-term option because of his age, but the impact he could have at Anfield for a few years makes trying to sign him a complete no-brainer.

FSG famously don’t like to sign older players, but Tevez is a prime example of why they need to change their ways in the transfer market. He would revitalise the team and everyone associated with the club.

A tenacious South American with a bit of edge – how we miss that in our attack.

Statistics via Squawka and WhoScored