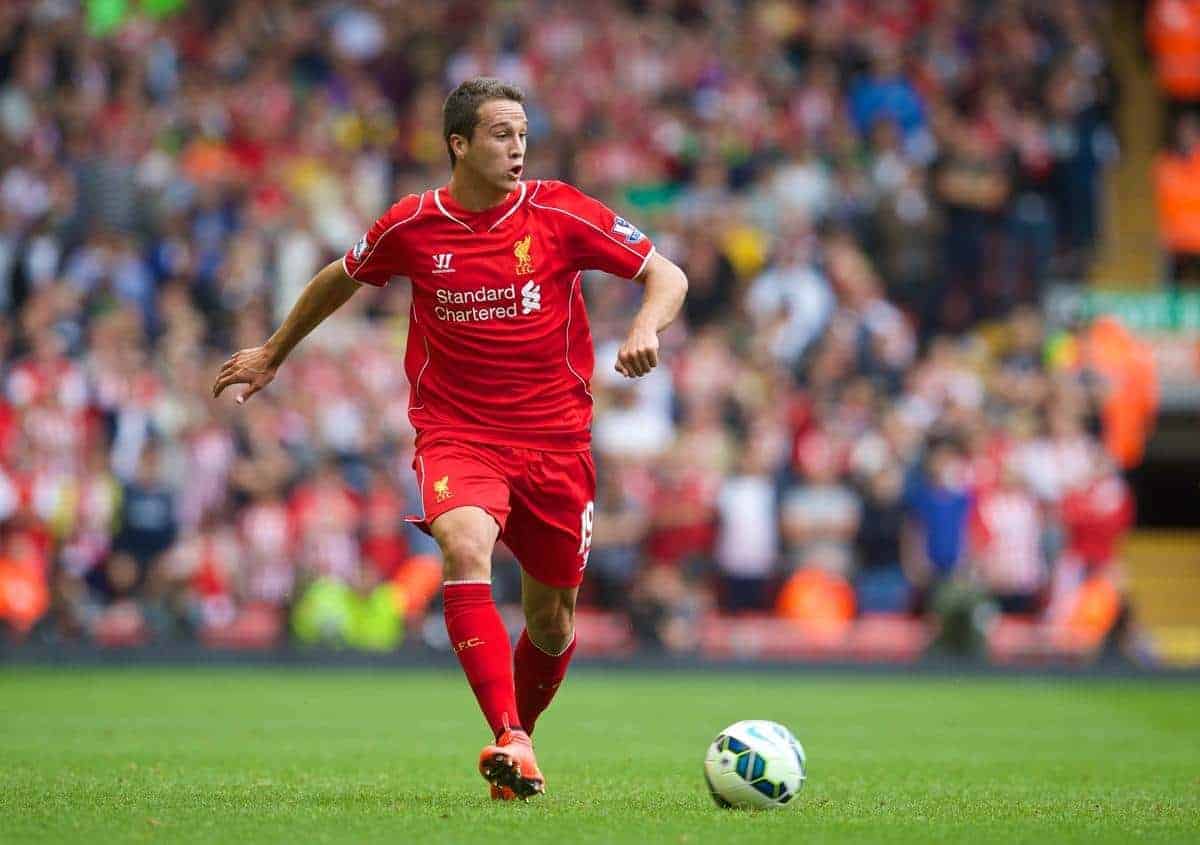 A report on Tuesday from The Mirror’s David Maddock claims Brendan Rodgers is “desperate” to offload the Spanish full back as he oversees a vast clear out, thus ending Manquillo’s two-year loan spell a season early – something that has previously been said could cost the Reds a fee.

The Portuguese champions are reported by A Bola to be in a battle to keep current right back Maxi Pereira who has turned down the offer of a new contract, and have begun sounding out replacements for the outgoing 31-year-old, including Atletico Madrid owned Manquillo.

In Tuesday’s edition of the publication which discussed potential replacements for Pereira, Manquillo was pictured alongside two further possible options to come in, namely Mario Fernandes of CSKA Moscow and Mayke of Cruziero.

It is written that all three players are “candidates to occupy the place that may be left vacant in Rui Vittoria’s squad” should Uruguay international Pereira – who has previously been linked with a transfer to Anfield himself – opt to move elsewhere.

With parent club Atletico appearing to be unsure whether to bring him back to Vicente Calderon with initial plans to give the 21-year-old first team football experience, a move to Portugal could be of genuine interest.

Manquillo featured 19 times in all competitions for the Reds in his debut season on Merseyside and while he performed adequately with his defensive solidity notable, it appears he did little to convince Rodgers he is the right long-term solution for Liverpool’s vacant right back spot.

The Reds boss has already moved to secure the services of Southampton and England right back Nathanial Clyne, and with Jon Flanagan and Andre Wisdom already on the books at Anfield, it’s certainly hard to see a space for Manquillo in Rodgers’ squad.

With Manquillo’s days at Anfield appearing to be numbered, a move to Benfica where he could play Champions League football next season, could prove tempting for both parent club and the defender.