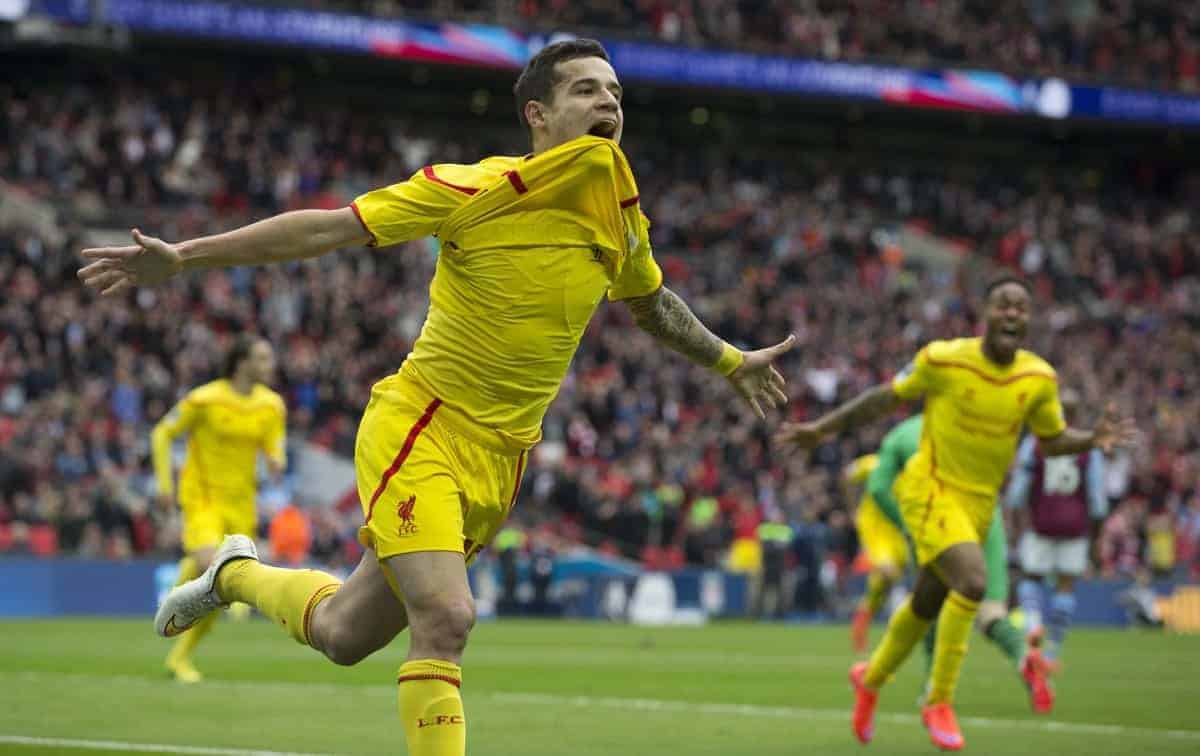 Talking while on international duty with Brazil, Philippe Coutinho provided an insight into the season ahead for Liverpool, and new signing Roberto Firmino. Philippe Coutinho is positive about Liverpool’s chances in the upcoming season, and thinks new signing and fellow Brazil star Roberto Firmino can play a big part in their top-four charge.

The 23-year-old spoke to Sport360 while away with the Selecao at the Copa America in Chile, and thinks there are similarities between his club side and his country.

“Both Brazil and Liverpool have had lots of success historically, so of course there is always pressure to succeed,” he said.

“That is what I want though to win trophies, so the pressure is no problem.”

This is something he told Firmino about prior to him making the £29 million move to Merseyside this week.

“We spoke, but Liverpool is the sort of club you do not need to say much about.”

“Everybody knows how big the club is, how much success they have had, and what a special stadium Anfield is.”

He clearly believes Firmino can thrive under the pressure at Anfield:

“He is a very intelligent player, and he is not just a scorer of goals, but a scorer of very important and big goals.” Both Coutinho and Firmino have been relied on by Brazil manager Dunga at the Copa America, particularly following Neymar’s tournament-ending suspension following a clash with several Colombia players.

The Reds No. 10 related it to the situation Liverpool are in following the departure of talisman Steven Gerrard this summer.

“I think [Gerrard leaving] is a similar situation that Brazil has with Neymar,” he said.

Encouragingly for Liverpool fans, Coutinho looks likely to be able to make that step up in 2015/16, having signed a new contract in February and receiving special praise from Brendan Rodgers, who described the former Inter Milan man as the team’s “brain” last pre-season.

“I have been progressing at Liverpool, the coach believes in me, the fans have been very good to me it was an easy decision to sign,” he continued.

“If the coach says [I am the team’s brain] I take it as a compliment.

“But there are many good players at Liverpool and we all have to play our part to make sure this club is playing Champions League football again.”

In Coutinho, Liverpool have a player that can put their hopes in.