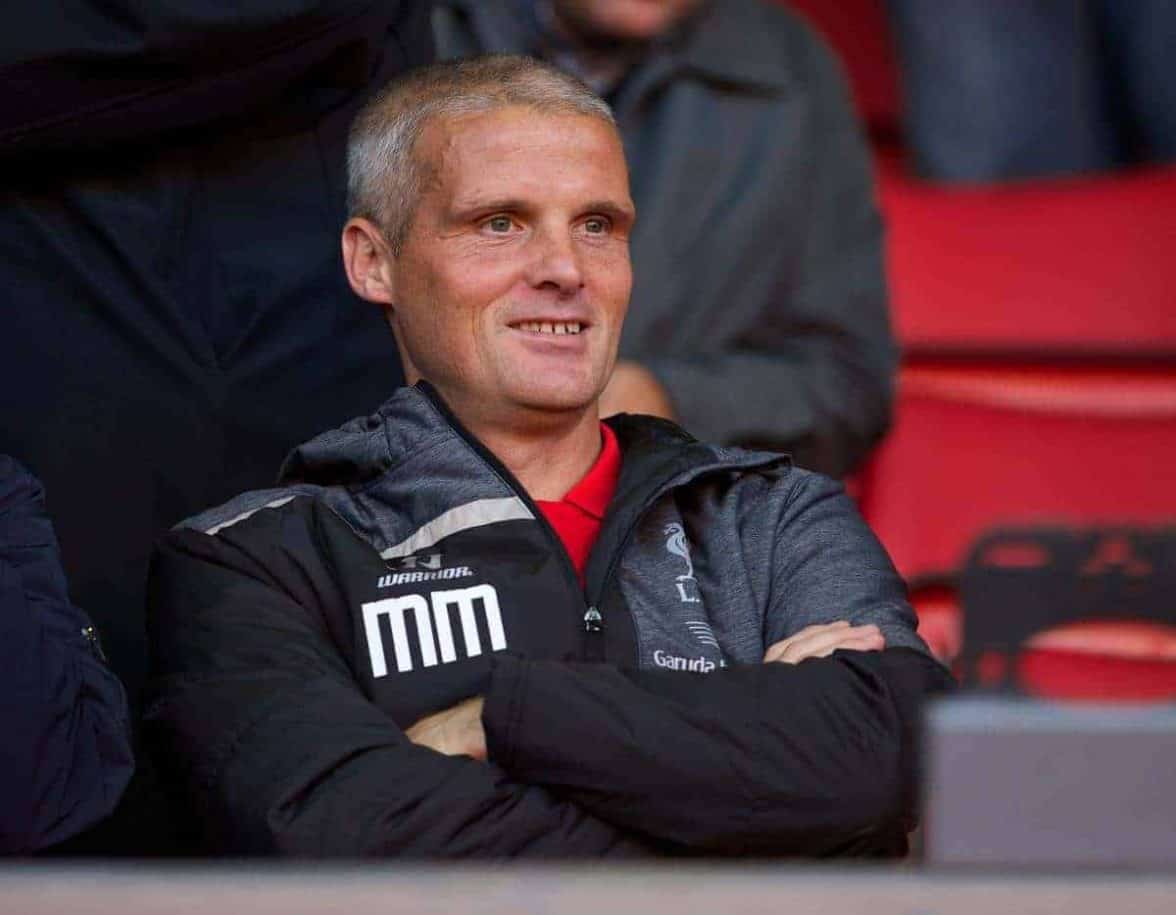 The news today that Liverpool’s first-team coach Mike Marsh will leave the club this summer has been met with skepticism among supporters and former staff.

Marsh, who was promoted to first-team coach in 2012 from his role at the academy, will not have his contract renewed this summer, while assistant manager Colin Pascoe and goalkeeper coach John Achterberg will remain at the club, according to reports on Friday.

Well connected Liverpool reporter Paul Joyce writes that “The decision not to keep Marsh feels cosmetic given he was not responsible for the problems the club endured last season.”

He adds that “It is likely Liverpool will now look to bring in another ex-player to bolster their backroom team.”

The news of Marsh’s departure has been met with skepticism among supporters – and former Liverpool players including Phil Thompson.

Good to know Brendan Rodgers might not be able to park a bus, but can definitely throw his first-team coach under one.

So the person to blame for last season is….Mike Marsh?

Don't know what trutg there are in rumours but last thing Rodgers needs is a former #LFC great in his coaching staff.

geebo in the forums:

Mike Marsh was here when Rodgers came. He wasn’t someone Rodgers hand picked to be part of his team. He came, had a chat with him and reached agreement. Maybe, as Marsh`s contract is up anyway, Rodger`s just wants to bring in his own man. I can accept that as a reason. I don’t thing it has anything to do with the past season and being a scapegoat. Not if the club and the manager see the problems from last year as minimal (compared to the fans).

So it was mike marsh who couldn't organise the defence, play a recognised striker and play people out of position. Haha Couldn't make it up

Ahhh right I get you now, it was all Mike Marsh's fault. I had a feeling it would be someone other than those in charge. As you were.

So poor old mike marsh is the sacrificial lamb then. My money would have been on one of the transfer committee jabronis.

Bananana Joe in the forums:

Marsh sacked, token gesture to appease the media and supporters. Maybe a decision by the footballing encyclopaedia Mike Gordon, toss the fans a bone to keep them happy.

Very surprised about the sacking of Mike Marsh. Always thought he was rated highly as a coach.

Haha Mike Marsh is the scapegoat, at least sack the Postman and get a proper no 2

Zinedine Biscan in the forums:

Sacking Marsh after the season we’ve had is like having the wheels fall off your car and trying to fix it by throwing away the fuzzy dice hanging off the rear view mirror. You have to hope further changes, more central to our current broken way of doing things, are on the way, otherwise I despair.