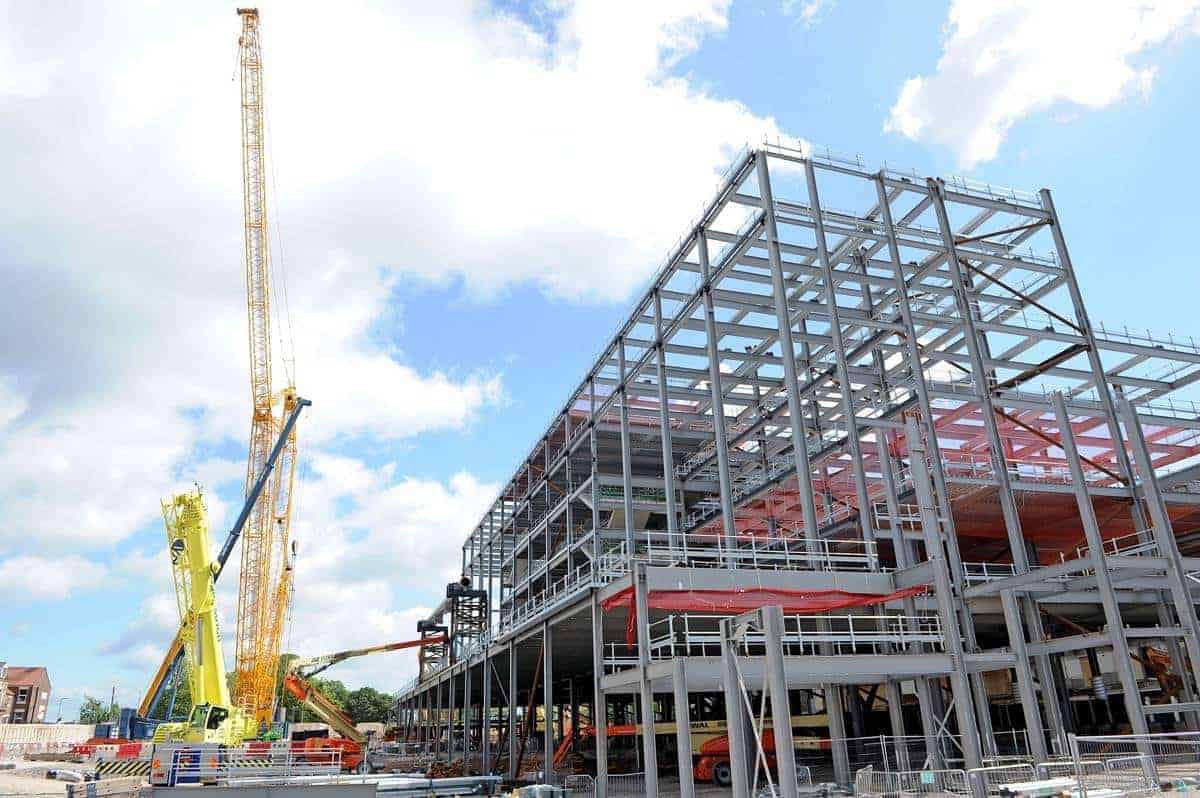 Liverpool Football Club have released their latest time-lapse video of the construction of the new Main Stand at Anfield.

Work is reported to be on schedule and development is quickly taking shape. The 1970s extension on the old Main Stand was recently demolished as planned and the new structure frame is now almost fully in place.

The Kop stand’s roof is to be trimmed in order to ensure spectators an unobstructed view from the new Main Stand upper tier.

Work now turns to the supporting trusses and the new roof, which will take place during next season, extending over the current stand.

The club explain on their official website, “A 650-tonne crane, visible in the skyline, has now started to assemble the truss which will support the expanded stand’s new roof – after the first piece arrived on site at Anfield last Friday.

“It currently rests above the Main Stand’s new podium level; once completed, the two-storey podium will provide access for fans entering that section of the stadium.”

The first phase of Liverpool’s redevelopment of Anfield will add approximately 8,500 seats to the Main Stand, as well as new corporate facilities and second fan park area outside the ground.

Work continues throughout the summer and is expected to be completed during the 2016/16 season.

More photos and news on the Anfield redevelopment here >>