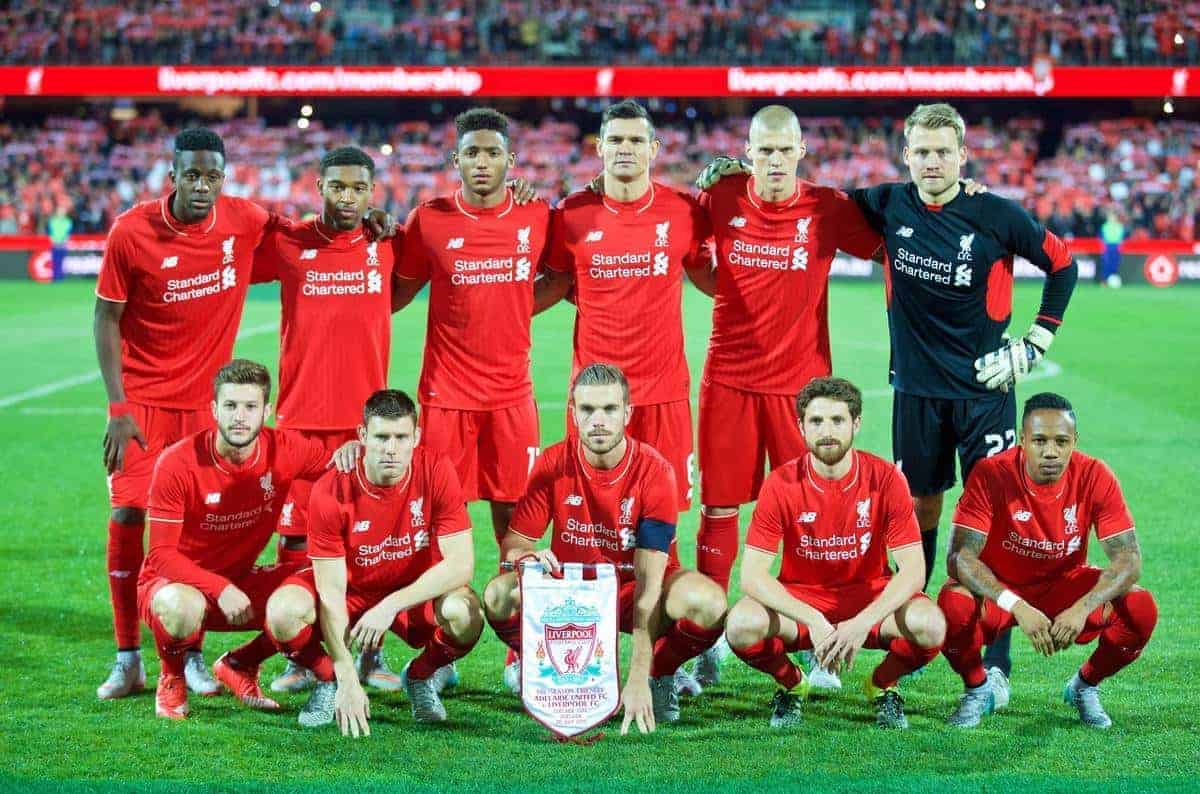 Liverpool strolled to a 2-0 pre-season win over Adelaide United on Monday, and here Henry Jackson assesses each player’s performance. It is near impossible to give Simon Mignolet a rating for this match, given he virtually had nothing to do at any point.

One Manuel Neuer-esque headed clearance was his lot for the day.

The Reds’ new right-back wasn’t always at his best, but he grew in stature as the game went on.

His touch and general influence were lacking in the first-half, but he showed great attacking thrust after the break, and provided the assist for Danny Ings‘ goal.

Like Mignolet, the burly Slovakian was never really called into action, but he was always solid in the tackle and tidy in possession when called upon.

The 26-year-old missed a glorious chance to head Liverpool in front early in the second-half, but other than that he produced a reliable performance.

In truth, he was never tested. The 18-year-old was again terrific, and on this evidence he is going to be worthy of a regular place in the squad in 2015/16.

His composure on the ball belied his years, physically he was dominant and one superb piece of individual skill highlighted the defender’s confidence and all-round quality. A massive talent.

This was a performance that gives you fresh hope with Joe Allen, but the worry is that he can only do it against extremely average opposition.

His use of the ball was terrific in the heart of the midfield, he produced some good bursts forward and his general influence was impressive.

The captaincy seems to have given Jordan Henderson an extra few inches in height and a more dominant physical frame.

While not at his brilliant best, he helped boss the midfield battle against the A-League side.

The 29-year-old is starting to look like Liverpool’s best signing of the summer, and he produced another energetic, match-winning performance at the Oval.

He pressed relentlessly, his final ball was constantly on the money and he took his second-half strike well.

Who else didn’t realise he was this good?

There were several standout players on the day, but Jordon Ibe edges it as the Reds’ man of the match.

The 19-year-old caused endless problems down the right flank, and his combination of pace, power and trickery was too much for Adelaide to handle. His inch-perfect cross set up Milner for Liverpool’s first goal.

The former Southampton man has enjoyed a lively pre-season, and he once again looked one of the side’s more creative, hard-working players.

His decision-making remains frustrating for a player of his age, but there are signs that he will be a key man next season if he stays fit.

One of the most naturally gifted footballers at the club.

The young Belgium star is an incredibly raw talent, and he displayed both his good and bad sides in abundance on Monday.

His footwork, strength and pace all clearly stand out as his greatest attributes, but his finishing, touch and overall intelligence must improve if he is to feature regularly next season.

The 23-year-old was solid when he came on, offering plenty of support down the left, but didn’t really have an impact on proceedings.

The Englishman was a lively presence when introduced midway through the second half, and he took his first Liverpool goal expertly.

A typically understated cameo from Lucas Leiva, who sat in the midfield and kept things simple.

No time to make an impact for the young Serb.