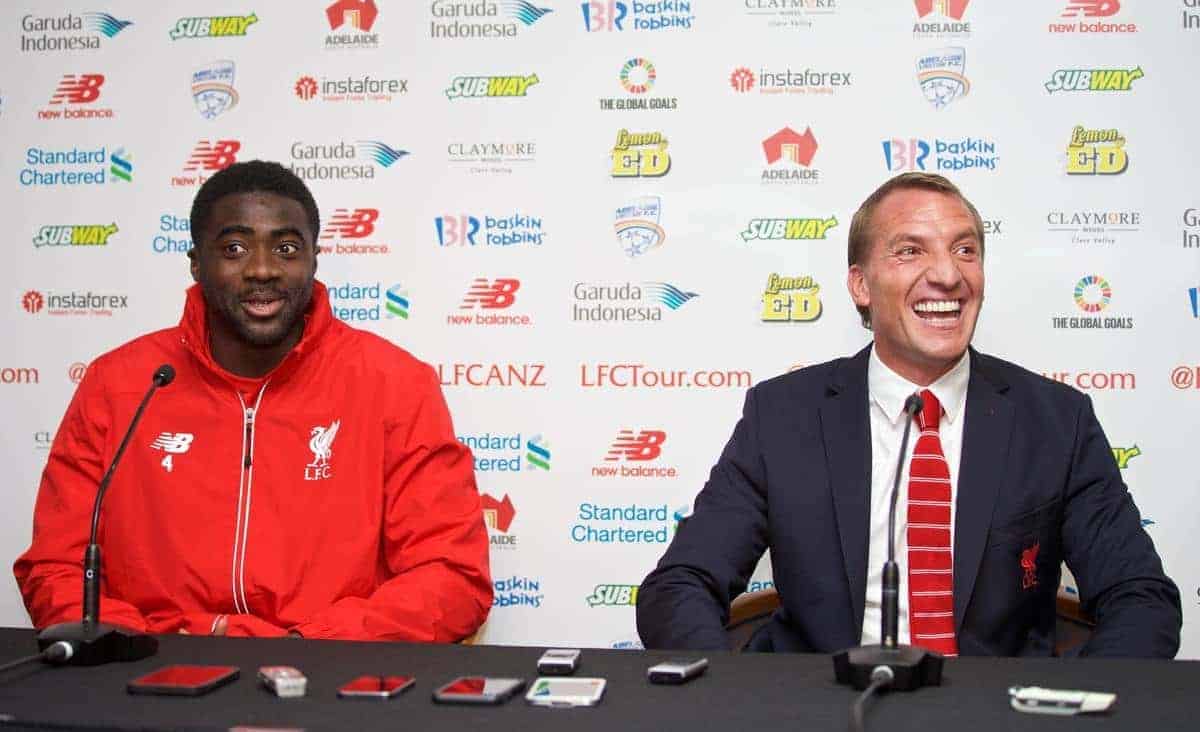 Brendan Rodgers was joined by Kolo Toure on Sunday for his press conference to preview Liverpool’s forthcoming pre-season friendly against Adelaide United.

The Reds continue their preparations for the 2015/16 campaign against the Australian side on Monday (kick-off 10:30am UK) following victories over True Thai All Stars and Brisbane Roar in the last week.

The Northern Irishman remained tight-lipped over signing Aston Villa forward Christian Benteke, who is expected to undergo a medical on Monday and complete a £32.5 million move to Anfield.

However, Rodgers did speak about involving a wider squad of players across the competitions facing Liverpool in the new season, and about leadership throughout his team.

“I never talk about potential transfer targets, or any players other than my own players. So nothing to add, but great effort (at asking the question).”

On Monday’s game against Adelaide and spending time in Australia

“It’ll be a tough game, but that’s what we’re here for. The squad is in really good physical condition.

“I think when Kolo retires, he’ll open a couple of shops up in Australia – he’s very popular over here! But Jordan Henderson obviously needs a bit of work on his didgeridoo playing!”

On having a large squad to select from

“No player is guaranteed to play every single game, we aim to do well in all competitions and cope with them all.

“We could have a separate team for the Europa League and it won’t be detrimental. It’s certainly something we’d consider.

“Our main aim is to ride back into the top four, and we’re very keen to win a trophy this year. We need to improve offensively and defensively, and the players will contribute to both.”

On captaincy, vice-captaincy and leadership

“It’s been a fresh start for the group with Henderson as captain, taking over from a great captain. Jordan learnt well from him.

“I can see already how Henderson has grown in stature with the captaincy. He can deal and cope with that, he’s a role model.

“I’ve not made a decision on the vice-capaincy yet, but I’ve got so many guys who can lead. Kolo here, for example.”

Meanwhile Toure reprised his role as Liverpool’s resident comedian, responding to questions over his reluctance to hold a koala during the Reds’ stay down under.

“I’m not a big fan of animals! I’ve not got anything against Koala’s, I had a dog for seven years but never touched him!”