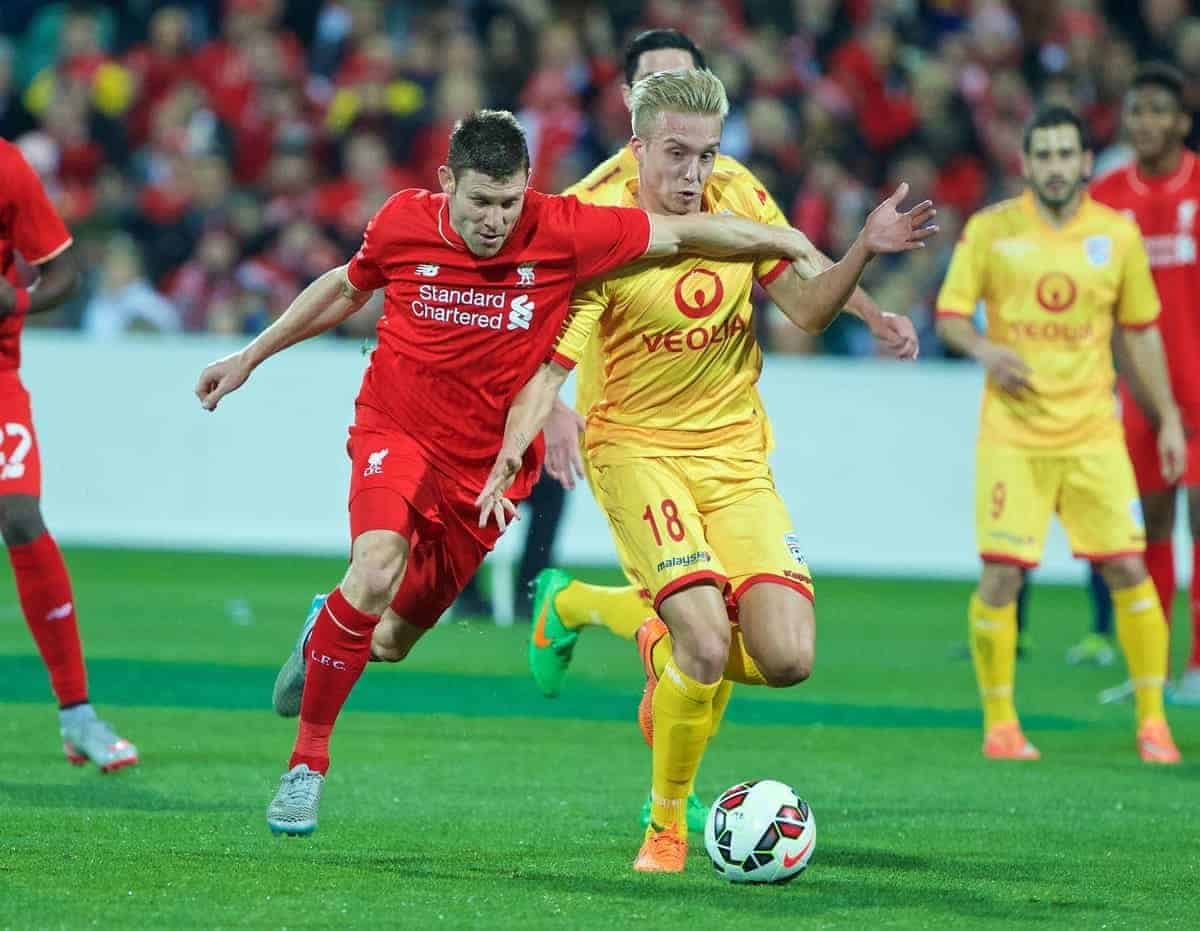 Brendan Rodgers and his side remain unbeaten in their four games so far this summer, and their pre-season schedule concludes this coming weekend.

Milner firmly believes that fitness is arguably the most crucial aspect of pre-season in the early weeks, but results become more important as the new season approaches.

“You build your way in and the training is probably the most important part of the first few weeks of pre-season,” he told LFCTour.com. “It’s nice to get wins and play well in the games but it’s getting that base fitness.

“But as you get toward the start of the season it’s about that match intensity and getting results and building the confidence.

“So that last game before the first game of the season is always important to get not only a win but [also] put in a good performance and get that confidence up.”

Fellow new signing Danny Ings echoed Milner’s sentiment, and believes going into the Premier League opener at Stoke City with a fit and firing squad can only bode well.

“Your last pre-season game is always the biggest one,” he said.

“You want all of your squad fit and you want to give everyone game time leading into the season.

“The lads will be raring to go for the season so it’s important with this game that everybody’s fit, everybody’s firing, and looking forward to starting the season, which I’m sure we will be.”

Milner and Ings will both be eyeing up starting berths for the Stoke game on 9th August, and will look to impress once more against Helsinki and Swindon in the coming days.