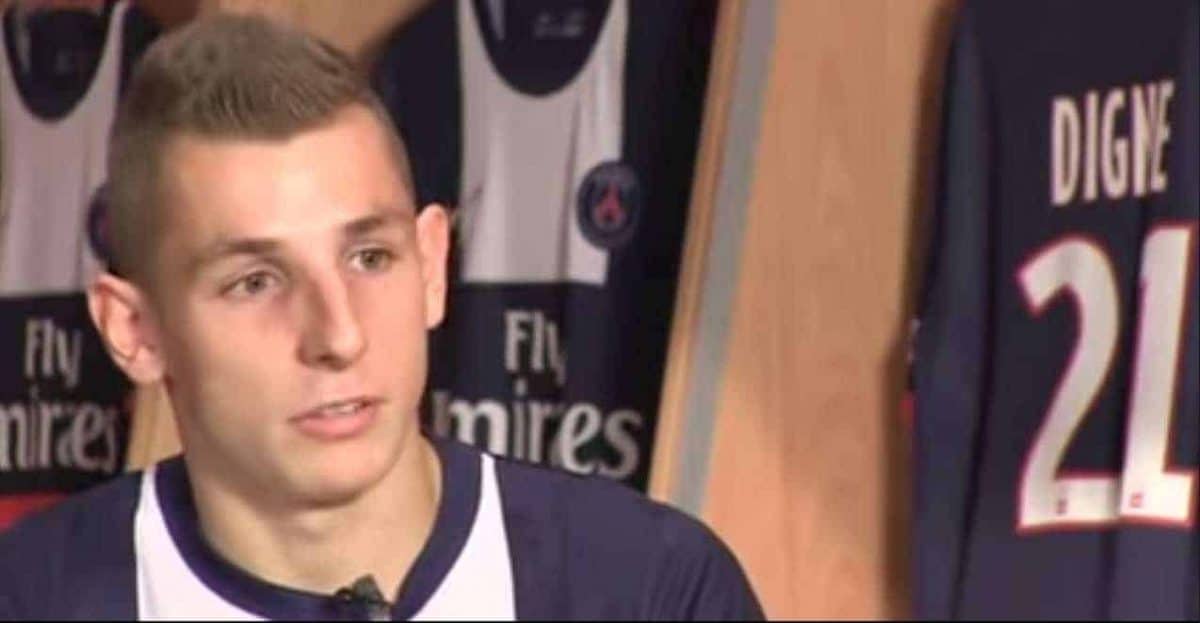 Linked with a move to Liverpool this summer, Paris Saint-Germain left-back Lucas Digne would be a valuable addition to Brendan Rodgers’ squad, writes Jack Lusby.

Despite having signed seven players already this summer, Liverpool have been linked with a move for Paris Saint-Germain left-back Lucas Digne, and the young defender would be a wise signing by the Reds this summer.

Dominic King of the Mail claims: “It is unclear whether Liverpool would look to pursue a loan or permanent deal for Digne, who has been linked with Atletico Madrid and Roma, but the France international has been discussed as an option.”

Digne has asked for a move away from PSG this summer, and Liverpool are clearly one of many high-profile suitors.

Brendan Rodgers desperately needs cover for first-choice left-back Alberto Moreno, and interest in Digne suggests Liverpool are ready to address this during the current transfer window.

King concluded: “Rodgers has always said that he wants competition for places and should they step up their pursuit of Digne, the 22-year-old, Liverpool – who have added six new faces so far this window – would effectively have two options for every position.”

So why would signing Digne be a good move for Liverpool?

Digne burst into the French footballing consciousness when he was promoted to the Lille first team in 2011, after spending six years developing in their youth ranks.

At the time, Rudi Garcia’s side were an exciting, blossoming outfit featuring a host of young stars that were soon to grace high-level European clubs.

Digne made 16 league appearances in his first season, contributing to a third-placed Ligue 1 finish in 2011/12.

However, as is the way with unexpected successes in modern football, Lille were slowly picked apart—with Debuchy and Hazard leaving for the Premier League in 2012—and after making 33 appearances in 2012/13, Digne made the switch to PSG.

The oil-rich Parisians forked out £10.5 million for the high-potential young talent, with a view to rejuvenating an ageing defence.

Brazilian veteran Maxwell remained in Paris, however, and Digne’s problems began with this decision.

It is a familiar situation, with a young players wary of stagnating in a squad role, and Digne is justifiably looking to move on this summer—he is, after all, a top-class performer.

Digne is a well-rounded left-back with a strong physique—to make a useful comparison, at 5’10” and 74kg, he is stockier than Moreno and former Reds full-back Glen Johnson.

While brought up through a Lille system that encouraged attractive attacking football, Digne’s quality is primarily in his defensive work.

“Regarding his supposed defensive problems, compared to so-called phenomenons such as [Patrice] Evra or [Gael] Clichy that we have, Digne is a monster of a player,” former France left-back Eric Di Meco said in 2014.

Digne is a defender with high concentration, able to keep his composure under pressure and approach defensive situations with intelligence.

He knows when to dive into challenges, when to hold off and when to force his marker inside or out wide.

Last season, for example, he averaged a reasonable output of 1.6 tackles and 1.6 interceptions per 90 Ligue minutes, but more impressively, he was dribbled past just 0.4 times and conceded 0.9 fouls on average per 90.

This defensive ability compares well to Moreno, who made 2.1 tackles and 1.3 interceptions, was dribbled past 0.5 times, conceded 1.4 fouls and won 0.5 aerial duels on average per 90 Premier League minutes.

While he is not as progressive as Moreno, Digne also offers a lot in attack, with a reasonable crossing ability.

Most notably, however, his skill in possession is very high for a full-back.

What has arguably held Digne back at PSG, along with Maxwell’s vitality, is his lack of consistency. At such a young age Digne would be expected to drift out of games on occasion and he does.

Furthermore, he doesn’t have the big-game nous that Maxwell has—however, again, this can be largely attributed to his age.

In terms of his skill-set, Digne has little in terms of long-term flaws, making him a great candidate for Liverpool this summer.

Where Would Digne Fit in at Liverpool?

Prior to Liverpool’s pre-season tour of the Far East and Australia, Moreno’s position as de facto first choice under Rodgers looked secure.

The Spaniard endured a hit-and-miss first season on Merseyside, but had shown enough to warrant perseverance.

However, Moreno’s injury issues this summer may change this stance—rather than signing a backup for the former Sevilla man, Rodgers would be wise to sign a player capable of competing in the first team.

Boasting considerable top-flight and European experience, Digne would likely adapt well to Rodgers’ squad and the demands of a four-competition season.

The Frenchman has the quality to challenge Moreno for a first-team spot, though they are arguably on the same level in terms of potential.

However, Digne’s defensive quality would provide Rodgers will a different option.

In theory, Moreno and Digne would offer Liverpool a useful balance.

However, with Digne 22 years old and Moreno just a year older, Rodgers must be wary of his long-term approach to his left-back position. Neither player will be content with a rotational role for their entire Reds career.

A loan move for the Frenchman may be most suitable—for both parties, with Maxwell approaching the end of his career. This would allow Rodgers to utilise Digne’s talents and weigh up whether he is a better fit than Moreno.

Either way, Digne’s availability makes him difficult to pass up, particularly with Liverpool in need of another left-back.

Should Liverpool pursue their interest in Lucas Digne this summer? Let us know in the comments below.