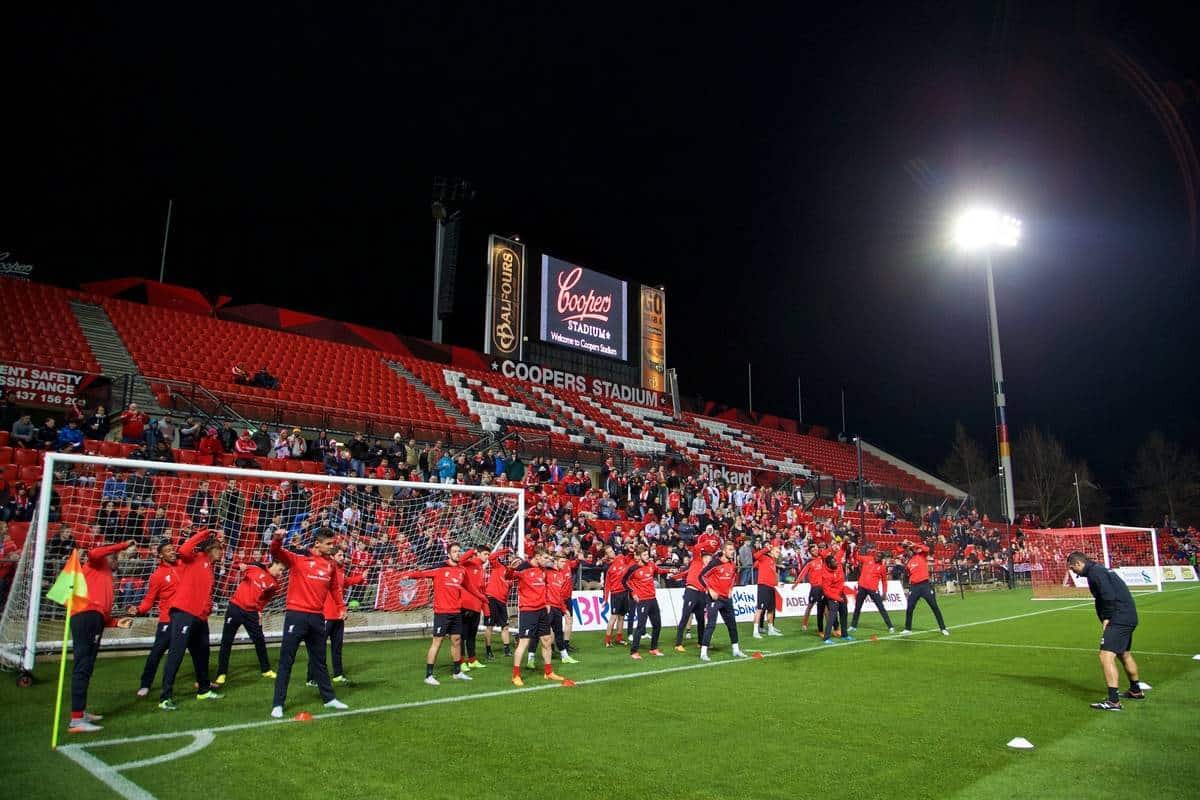 After the heat of Bangkok last week, the Liverpool FC squad have acclimatised to cooler temperatures — first in Brisbane and now in Adelaide ahead of Monday’s friendly against Adelaide United.

Brendan Rodgers’ side are enjoying a successful pre-season so far with victories over True Thai All Stars and Brisbane Roar, allowing the new signings a chance to integrate with the squad.

Liverpool had earlier taken in an Aussie Rules game between local rivals Port Adelaide and Adelaide Crows at the Adelaide Oval, as well as being introduced to some aboriginal traditions.

Rodgers was joined by defender Kolo Toure for his press conference to preview Monday’s friendly, at which he tipped the Ivorian international as a potential candidate for Liverpool’s vice captaincy.

The Reds squad then took to the field at Cooper’s Stadium for an evening training session in front of around 5,000 supporters with temperatures down to 5°C. Here’s the best of the photos.