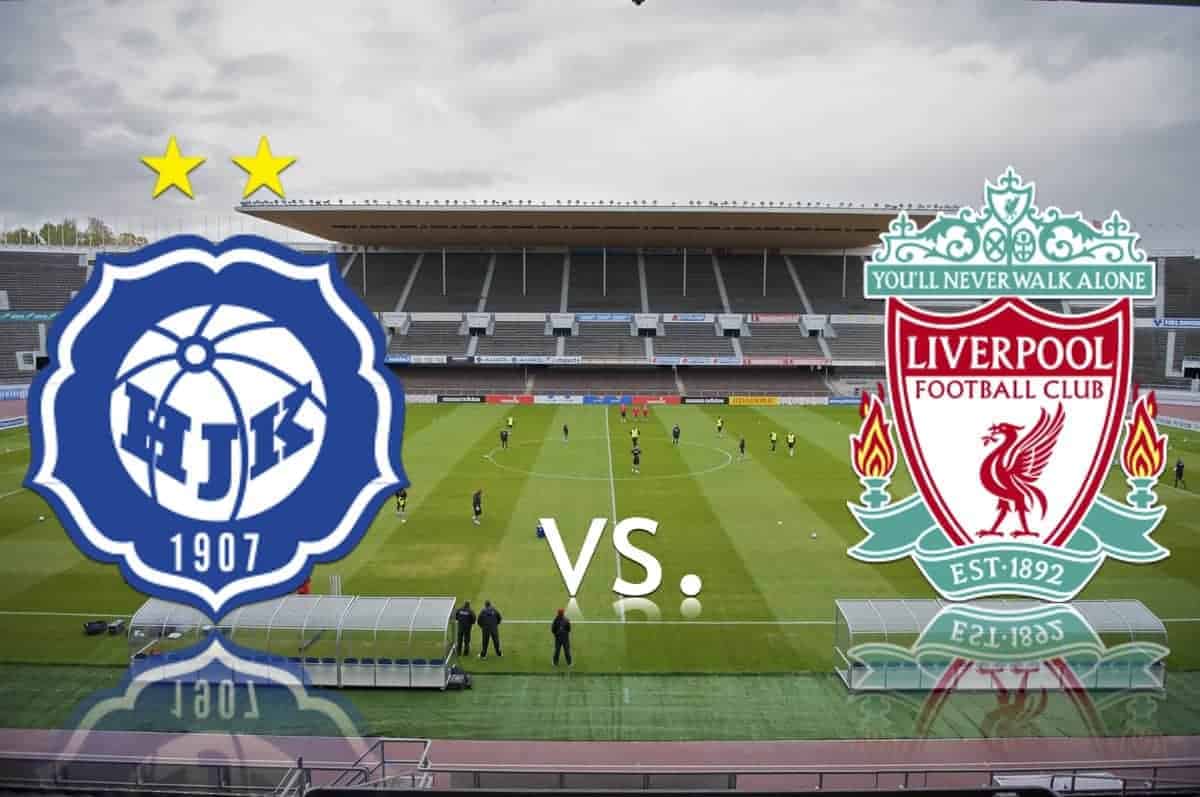 Brendan Rodgers’ Liverpool step up their preparations for the new season with two games in two days this weekend, starting with a trip to take on HJK Helsinki on Saturday. Liverpool travel to Finland to play their penultimate pre-season fixture ahead of the Premier League kick-off next weekend.

The Reds finalise their preparations for the new campaign with back-to-back matches beginning on Saturday in Finland, before one final friendly workout just a day later against League One side Swindon Town.

Pre-season has provided a good workout fitness-wise for the Reds, but there’s a need for Rodgers’ side to step up their performance level as a collective across the final two friendly games to ensure they’re ready for a tough Premier League opener at Stoke City on Sunday, 9th August.

Liverpool are unbeaten throughout pre-season so far having won three and drawn one of four clashes, and remaining unbeaten over the next two games is important as the squad attempts to build confidence ready for the trip to the Britannia Stadium.

Liverpool make their first visit to the Finnish capital on Saturday since July 1990.

The Reds ran out 2-0 winners in a friendly clash on that occasion thanks to goals from Ray Houghton and David Burrows.

In total, there has been four previous fixtures between the two sides, including a two-legged meeting in the European Cup 2nd round in 1982.

Bob Paisley’s Reds slumped to a shock 1-0 defeat in the first leg, but romped to a 5-0 victory in the return fixture at Anfield to progress to the next stage, with goals from Kenny Dalglish, Craig Johnston, Phil Neal and a brace from Alan Kennedy.

All of the previous meetings have come at the Olympic Stadium in Helsinki, and that will be the case again on Saturday.

The club’s ground – Sonera Stadium – holds little over 10,000 fans and with Reds supporters set to pack out another venue, the game will instead be played at the 40,000 capacity national stadium.

HJK are the current champions of the Viekkausliiga having won their 27th league title last season, and their record league wins alongside their domestic cup successes make them the most successful club in Finnish football.

The Helsinki outfit are managed by former midfielder and Finland international, Mika Lehkosuo, and his squad includes a number of names who have plied their trade in the English football leagues previously.

Former Nottingham Forest and Birmingham midfielder Guy Moussi is one of those, as is experienced centre back Markus Heikkenen, who played for Luton Town against Liverpool in the Reds’ memorable 5-3 FA Cup win in 2006.

Lekhosuo’s side are currently in the middle of their season so will provide a stern physical test for Rodgers’ men, and they will be full of confidence, currently sitting at top of the table as they look to defend their title.

HJK come into Saturday’s fixture off the back of a goalless draw against Kazakhstani side Astana in midweek in their qualifying campaign for the Champions League, and could provide Rodgers’ men with their toughest pre-season test.

With the extremely unusual feat of having two games in as many days, Rodgers faces an intriguing task of juggling his squad for the two clashes.

It appears that Rodgers is set to rotate his squad across the two fixtures, while taking a strong XI to Finland, ensuring all first team options get appropriate minutes under their belt.

The Liverpool boss has named a strong group for the trip including Philippe Coutinho, who will make a welcome return to action after joining up with the squad.

Also named in the travelling party is Jordan Henderson and Adam Lallana, and the pair will be joined by new signings Nathaniel Clyne, James Milner, Danny Ings, Divock Origi and Joe Gomez.

Frozen out trio Jose Enrique, Fabio Borini and Mario Balotelli are all said to be left out of involvement for Saturday, and could suffer the same fate for Sunday’s fixture too as they near the Anfield exit door.

Liverpool are likely to line up in a 4-3-3 shape in both games, with the system seemingly Rodgers’ first choice formation for the season, though he could opt to use a different set-up in each game, with a 4-4-2 diamond a possible option.

The match will be shown live on LFC TV with kick-off from Helsinki coming at 17:30.