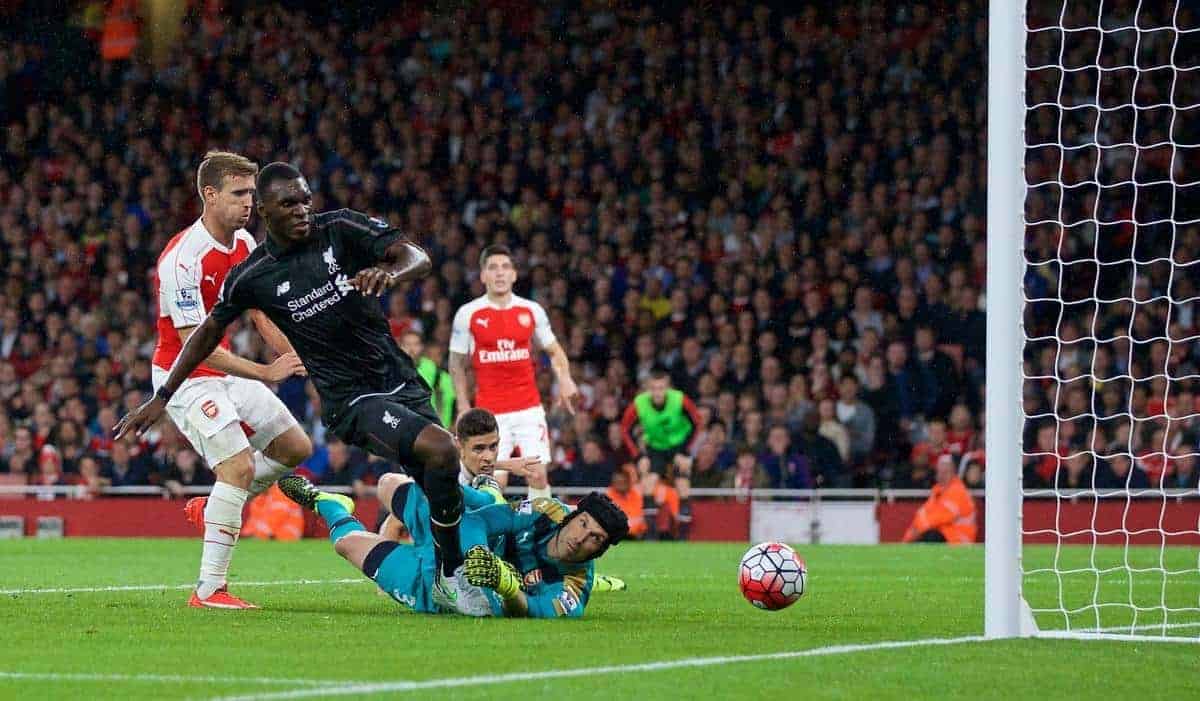 Liverpool drew 0-0 with Arsenal at the Emirates on Monday evening, after a terrific encounter between the two top-four rivals. Brendan Rodgers made three changes to the team that beat Bournemouth a week ago, as Liverpool faced their top-four rivals in north London.

Jordan Henderson missed out through injury, with Lucas Leiva replacing the 25-year-old and James Milner captaining the side.

Adam Lallana and Jordon Ibe made way for Emre Can and Roberto Firmino, with the latter making his first Liverpool start.

Arsenal were without both Per Mertesacker and Laurent Koscielny at the back, which acted as an early pre-match boost to the Reds.

Christian Benteke lashed an early effort harmlessly wide, while Philippe Coutinho thundered an effort off the crossbar after good work from the Belgian.

Alexis Sanchez headed over the bar shortly after, and Aaron Ramsey had a goal ruled out for offside, as the game got off to a terrific start in the opening 10 minutes.

Milner almost pounced after a flowing move, as Liverpool bossed the majority of play against Arsene Wenger’s shaky-looking side.

Benteke missed an unbelievable chance just before half-time after a sensational cross by Firmino, but he was brilliantly denied by Cech.

He then stopped a Firmino shot soon after, and made a magnificent save to tip Coutinho’s stunning curler onto the post.

At half-time it was goalless, but Arsenal were there for the taking. Liverpool had been fantastic.

Unsurprisingly, the Gunners looked more dangerous in the early stages of the second-half, with a succession of corners coming their way. Olivier Giroud volleyed wide.

The always dangerous Sanchez hit the post with the goal at his mercy, as Arsenal continued to crank up the pressure after the break.

Jordon Ibe replaced Firmino in the 63rd minute, and the Brazilian had produced an impressive performance on his full debut.

Simon Mignolet denied Giroud with a terrific stop, but the Frenchman was arguably fouled by Dejan Lovren in the lead-up to the chance.

With 20 minutes left it was all to play for.

Coutinho again made Cech make a smart stop late in the day, and there was a feeling that one side could nick a dramatic victory.

Ramsey’s long-range shot almost squirmed past Mignolet after deflecting off Lovren, and Martin Skrtel nearly diverted into his own net. It was a brilliant clearance by the Slovakian though.

It was a share of the spoils in the end between the two sides, who had served up a tense, action-packed game from start to finish.