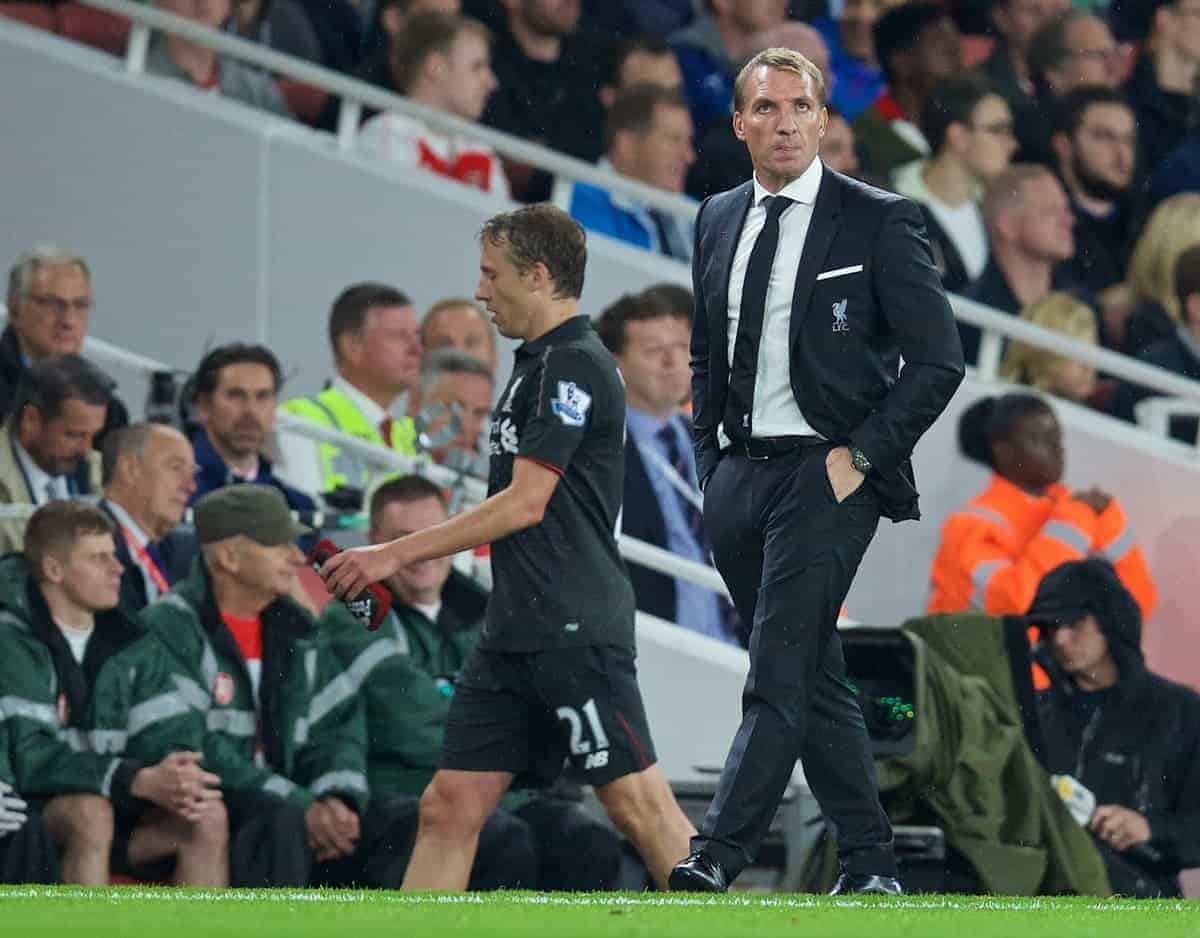 Turkish side Besiktas are still “hopeful” of signing Liverpool midfielder Lucas Leiva despite Brendan Rodgers saying the Brazilian has a future at Anfield after starting against Arsenal.

Lucas was due to complete a season-long loan move to Besiktas this week, but injury to Jordan Henderson saw him recalled for Monday night’s game at Arsenal.

It was the first time the club’s longest serving player had featured in a matchday squad this season.

After the match, Brendan Rodgers was asked about Lucas’ future at the club, saying “yes” when asked if he would still be at the club after the transfer window closes next week.

“But when we do need that, he’s the best that we have. He came in at Arsenal and did a great job, and is very much part of what we want to do.

“Of course, every player wants to play every minute of every game and you can never guarantee that as a manager.

“But he is certainly very important to what we want to do, and is highly respected by myself, the coaching staff and the players.”

Despite this the Telegraph claim Besiktas are still hopeful a deal can be done:

“Besiktas were made aware in advance that Lucas had been selected to face Arsenal and remain hopeful that a deal will go through although there was further confusion after Brendan Rodgers post-match comments when he said the 28-year-old would continue at Liverpool and not be sold.”

Lucas almost left the club back in January but stayed after earning back his place then too.