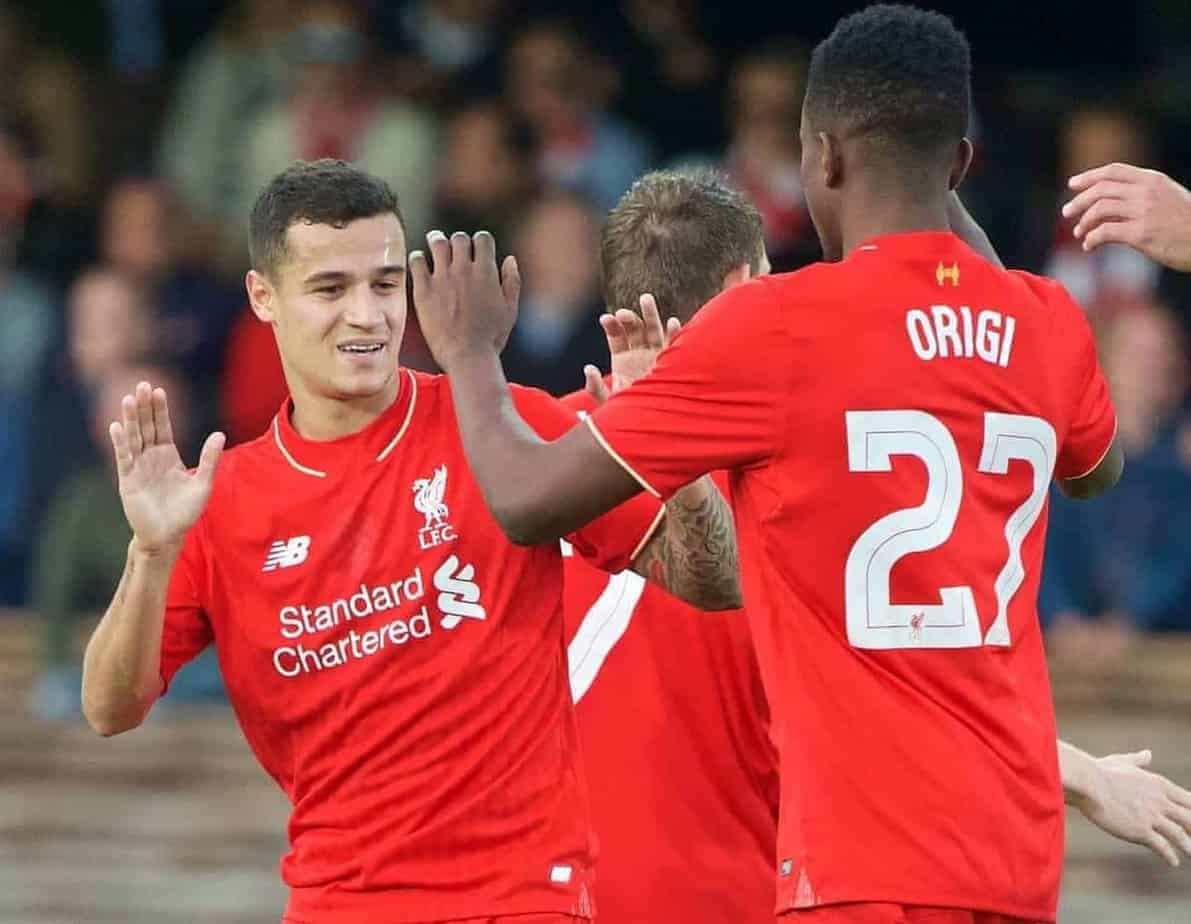 Following Liverpool’s 2-0 win against HJK Helsinki, we round-up the best of the social media reaction from a fairly dull affair in Finland.

Until the final 20 minutes or so, this was a dire pre-season friendly between the Reds and their Finnish opponents.

Dicock Origi and the returning Philippe Coutinho came to Brendan Rodgers’ side’s rescue, however, producing well-taken efforts as time began to run out.

Rodgers will probably see the 2-0 win in Helsinki as a comfortable exercise session for his players, with movement and pressing improving as the game went on.

Here is how social media reacted, both during and after the game:

GOAL!!!!! Origi turns and finishes well. Finally, something has happened in Helsinki. #LFC

Suarez with a sensational strike to give #LFC the lead against HJK Helsinki. Sorry, that's how bored I've become.

More directness and speed needed in #LFC 's final third, mediocre at best so far. That said, impressed with Ibe and Gomez.

‘Zoran’ on the forums:

Incredibly boring first half, somewhat better in the second with the change to 4-3-3 and Henderson as the holding midfielder.

Origi scores with his first shot. Poacher’s goal. But there’s no Mark Lawrenson to find fault with it.

How is there still 10mins left in this game though? Are we playing 60 minute halves? Haha! #LFC

Well in Phil, you beautiful little bastard! Saved us all from sleep! #LFC #coutinho

‘Herb’ on the forums:

It always seems so easy to get behind Lovren. He just seems so unaware in terms of his positioning, and his lack of any pace makes it difficult for him to recover. Something that he hasn’t improved on since he’s came to these shores.

Henderson and Milner have both created 25 chances in the 4 pre season games they have played. Impressive. #lfc

LFC shots and chances created in last five pre-season games (not that everyone played in all 5, but still…) pic.twitter.com/qU5cU5ccsD

The Lovren haters have gone quiet all of a sudden! #LFC