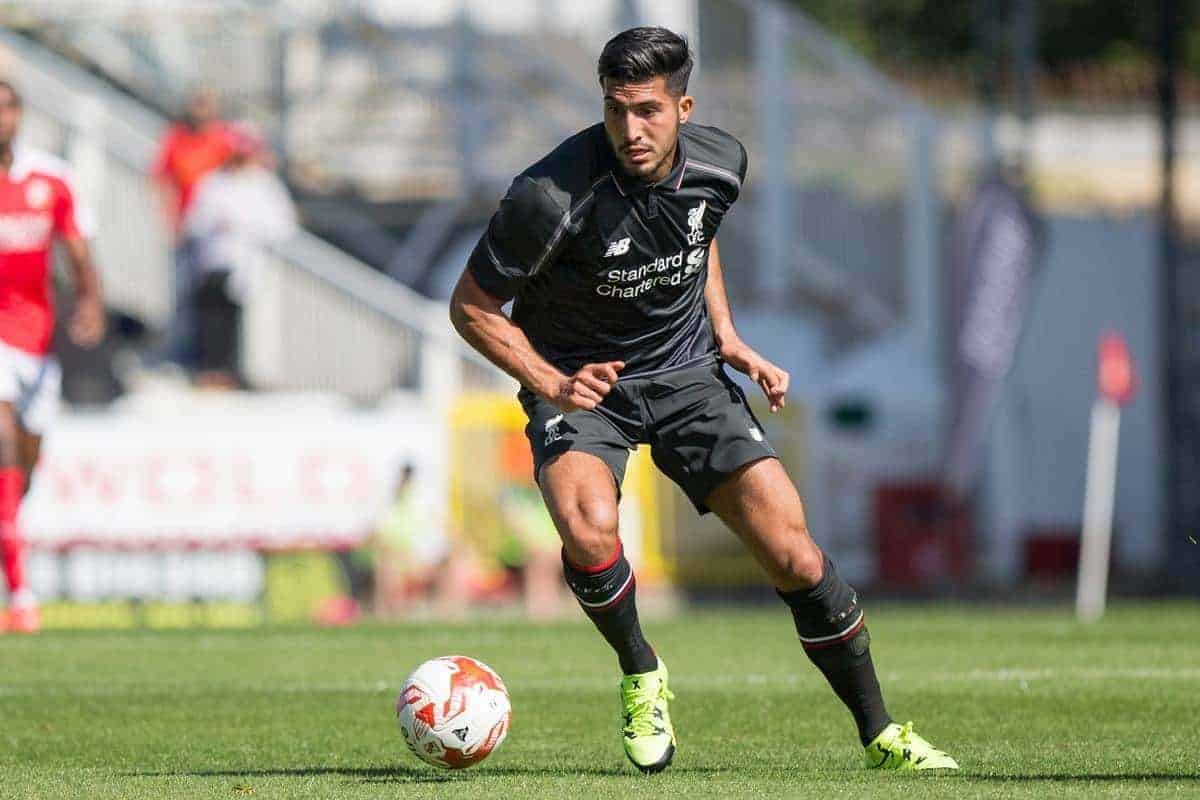 Brendan Rodgers has talked up the effectiveness of Emre Can in a deep-lying midfield role, predictably hailing the German as “outstanding”. The 21-year-old produced an influential performance from the substitutes’ bench in the 1-0 win at Stoke in the Reds’ Premier League opener, slotting in nicely at the heart of midfield.

With Lucas Leiva‘s future up in the air, and Jordan Henderson and James Milner preferred in more attack-minded areas, Rodgers believes Can is perfect in a deeper role, despite being versatile enough to thrive anywhere.

“I think he can play and operate in any one of the three (midfield) positions,” he told the Liverpool Echo.

“When I met Emre and having seen him play in a whole raft of positions his great attribute is that he’s a footballer, he understands the game. “Whatever role he’s asked to play he has this inbuilt brain for football that allows him to adjust and adapt.

“But when I met him I asked him his preferred position, where he sees himself playing and that was as a controlling midfield player and that’s where I’ve always felt he’ll be an outstanding talent for us.

“As you see he can play in the back three, against Newcastle he played as one of the two centre-halves when we played a back four and was comfortable.

“But I think his passing range, his strength, his power he’s best in midfield and I think once again he’s finding his fitness.”

The 21-year-old has made huge strides since arriving on Merseyside last summer, and has the potential to become one of the most dominant midfielders in Europe in the coming years.