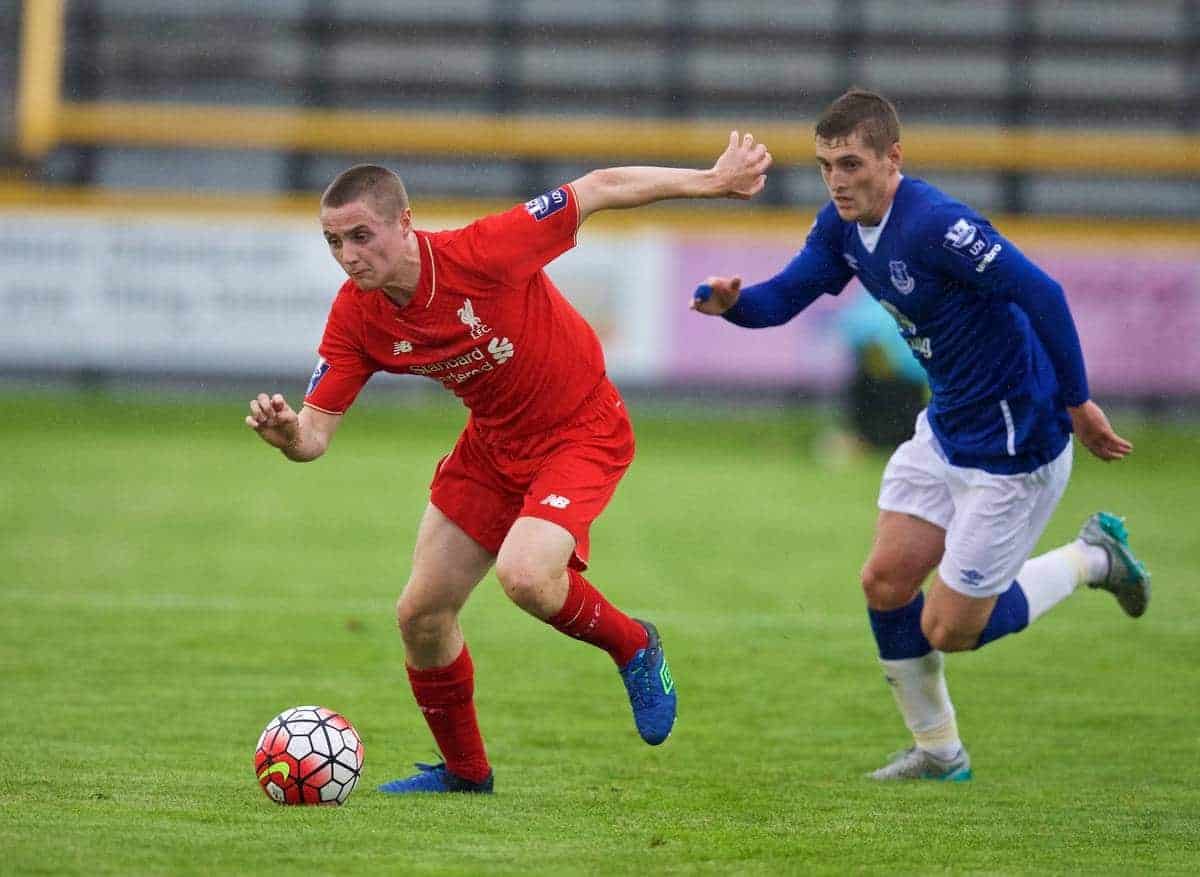 Liverpool U21s suffered a “mini-Istanbul” comeback in the first mini-derby game of the season. A late goal from Tom Davies denied young Reds from the win over the local rival.

The game started well for Michael Beale’s side as U21s manager put a strong side with Portuguese duo Joao Carlos Teixeira and Tiago Ilori both starting in the first XI.

Harry Wilson opened the goalscoring when he converted a penalty for a goal a few moments after he was fouled in the penalty area by Everton’s new signing Mason Holgate.

It didn’t take long for Liverpool to double the lead as Joao Carlos Teixeira showed his skills by collecting the ball at the edge of the area and sending it straight into Everton’s net.

Jordan Rossiter created a chance for the third goal for The Reds a moment later when he crossed the ball into the area. The cross went past Everton’s Polish goalkeeper Mateusz Hewelt and Jack Dunn could score a goal, but the ball went off the post after his shot.

The young Reds looked decent and created more chances in the first half, but the Polish goalkeeper had his day in goal as he denied Reds players repeatedly from scoring. The constant positional play and attacks paid off finally as Sergi Canos gave Hewelt no chance and put The Reds into a 3-0 lead.

As the game was approaching into the final stage of the first half, Everton got their goal and kept themselves alive in the game. Joe Williams had a long-distance effort which met Dan Cleary’s header and found Ryan Fulton unable to save it.

It was a complete twist in the second half as Everton started to attack more to grab at least a point from the game. But it was Liverpool who had a chance to make it four, but Hewelt produced another fine stop to prevent Dunn from scoring.

Thereafter it was Everton who seized the game. McAleny’s goal gave hopes for the Blues as young striker found the net after the shot from the edge of the area.

With 15 minutes remaining McAleny was close to levelling the game, but Fulton denied the English striker with a brilliant save.

But the last word belonged to Everton as substitute Tom Davies scored a goal with six minutes before the end to level the game and to prevent Reds from bragging the local rights.