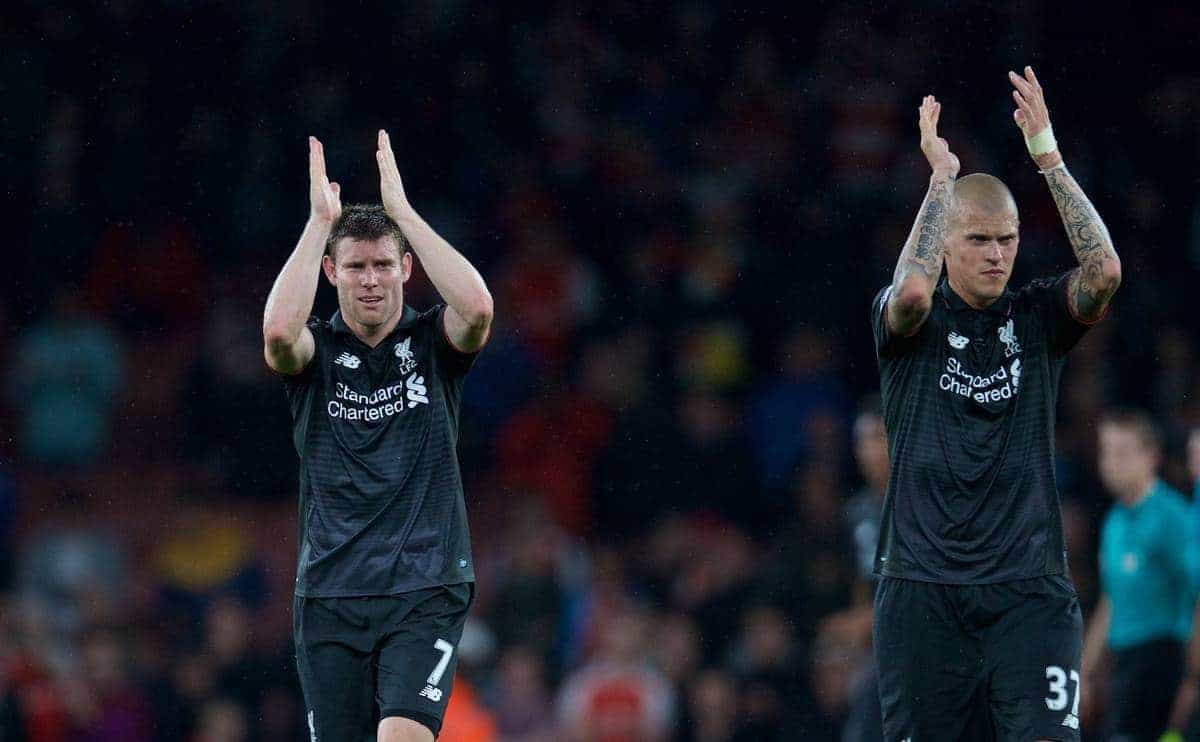 Following Liverpool’s 0-0 draw against Arsenal at the Emirates, we round-up the best social media reaction from during and after the game.

Who said the Reds were brittle? Who said they lacked heart and were to easy to play against?

This was a fantastic performance from start to finish by Brendan Rodgers’ side, who dominated the first-half then defended superbly after the break.

Liverpool may rue the chances they missed before the interval, but a point at the home of their rivals is still a very fine result.

There were superb performance all over the pitch, from Martin Skrtel, Dejan Lovren and Joe Gomez in defence, to James Milner and Philippe Coutinho further up the pitch.

It’s seven points from their first three Premier League games in 2015/16 for the Reds, which represents a very positive start to the season.

Clyne and Gomez were both superb.

Take that all day long.

Would've taken that before kickoff, onto the next game #LFC

Clyne can properly defend. Gomez looks at home at this level. Lovren and Skrtel dominant. And playing like a unit, defending as a team. Nice

Hard to find fault with that performance & I'm inclined not to look. Certainly a positive start to the season

‘Mada’ on the forum:

We got a lot right in that match…..and only a post, a crossbar and an amazing Cech save prevented us from marching away with all three points.

Absolutely brilliant that. A performance that makes you proud to be an #LFC fan. So spirited. #RodgersOut

Good performance that, beat West Ham and it will be 10 points from 12 before international break (and United away).

Dominated the first half, or most of it, barely touched the ball or got it into their half in the second 45 minutes. Overall, I’ll happily take a 0-0 in the circumstances. We probably should have scored a couple, but then so should they, so a point apiece is a fair result.

We all know Lovren has looked dodgy at times. He's far from a player I like, but credit where it's due, no matter what I want him to do well

Well done Brendan Rodgers. Got the team/tactics spot on.