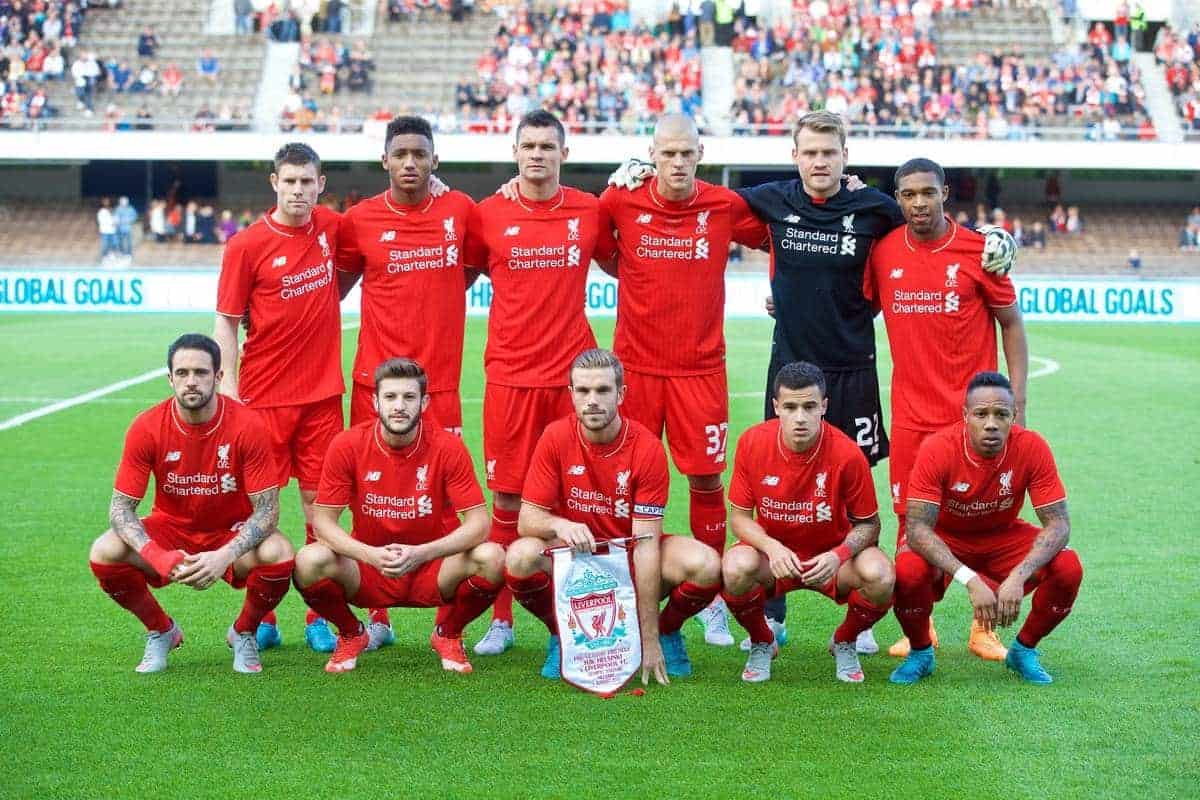 Following Liverpool’s 2-0 against HJK Helsinki on Saturday, Henry Jackson assesses each Reds player on the day. As has been the case so often this summer, the 27-year-old is barely worthy of a rating because he was barely called upon at any point. Six out of 10 seems fair though.

The former Southampton right-back has had a solid but unspectacular pre-season, and it was much of the same from the 24-year-old against Helsinki.

He was solid defensively, but didn’t offer a huge amount going forward.

Like Mignolet, Skrtel was never really tested at any point, but produced a reliable performance. Bigger tests will certainly come for the Slovakian.

The Croatian has taken plenty of flack lately, but he enjoyed a low-key and solid afternoon in Finland. The Britannia Stadium next Sunday will be a very different test, however, if he starts ahead of Mamadou Sakho. The 18-year-old has had a fabulous summer, but he was less noticeable during a dull affair against Helsinki.

He didn’t get forward as effectively as in previous games, but never did anything wrong defensively at any point.

Liverpool’s new skipper was one of his side’s more energetic players, using the ball well and providing box-to-box running throughout. One of the best players at the club now.

The ex-Man City man was very impressive on the whole, offering typical industry in the middle of the park and playing a key role in Philippe Coutinho‘s goal.

It was great to see Coutinho back following an extended summer break, and unpredictably, he looked the most talented player on the pitch.

Although the 23-year-old didn’t necessarily produce huge amounts of note, he oozed class from start to finish. Scored the Reds’ second with a deflected shot. The exciting 19-year-old once again looked one of the Reds’ most formidable players, running at the Helsinki defence with pace, power and trickery.

He had the beating of the Helsinki left-back time and time again, and could have a massive 2015/16 season ahead of him.

Lallana has been one of Liverpool’s most creative players this summer, but he was more subdued against Saturday’s opponents.

He flitted in and out of the game, without creating much of note.

The Englishman pressed very impressively throughout proceedings, and despite not looking a great threat, the 23-year-old looked a pest at all times.

Could prove to be be a very underrated signing. The Belgian was introduced midway through the second-half, and gave Liverpool the lead with a well-taken finish.