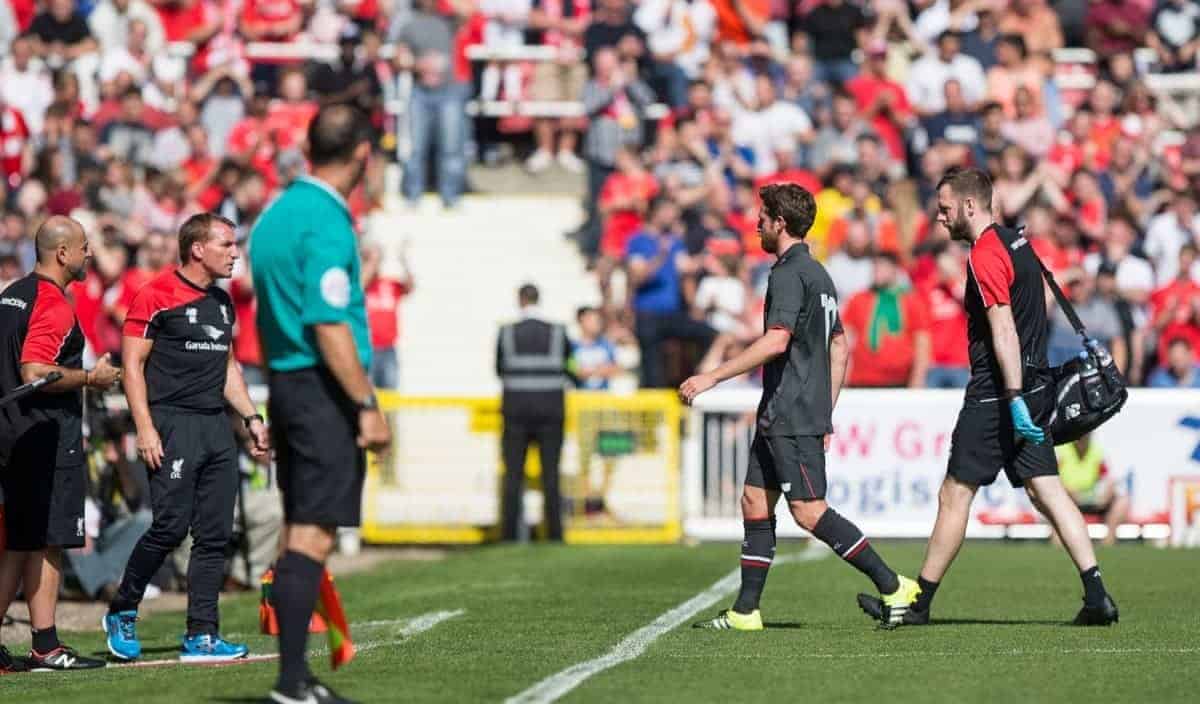 Brendan Rodgers has confirmed that Joe Allen will have a scan on his hamstring after hobbling off during Liverpool’s pre-season victory over Swindon Town on Sunday.

Allen was forced to leave the pitch just 13 minutes into the game, and with just a week to go until the start of the new Premier League season, a setback would be dire timing.

“I think Joe was his hamstring, unfortunately, so that doesn’t look so good for us,” Rodgers told the club’s official website after the game.

“But we’ll see how that is tomorrow when he has a scan.”

There was also bad news for youngster Pedro Chirivella, who had replaced Allen in the first half.

Rodgers added, “Young Pedro looked like he had bent his wrist and it looked a sore one. I’ll see how he is in the changing room.”

Liverpool completed their pre-season preparations with a 2-1 victory, meaning they are undefeated all summer.

A different starting XI to that which beat HJK Helsinki on Saturday face League One Swindon and after a slow first half, the game sprung into life in the second.

On his debut, £32.5 million striker Christian Benteke expertly spun on the edge of the area before launching a thunderous volley home to break the deadlock three minutes into the second-half.

Alberto Moreno was arguably at fault for letting Jonathan Obika in to score a Swindon equaliser on 62 minutes, but Sheyi Ojo‘s first goal for the Reds’ first-team won it right at the death.

The Reds now go back to Melwood for their final preparations for the new season, which kicks off for Liverpool at Stoke City on Sunday, 9th August.