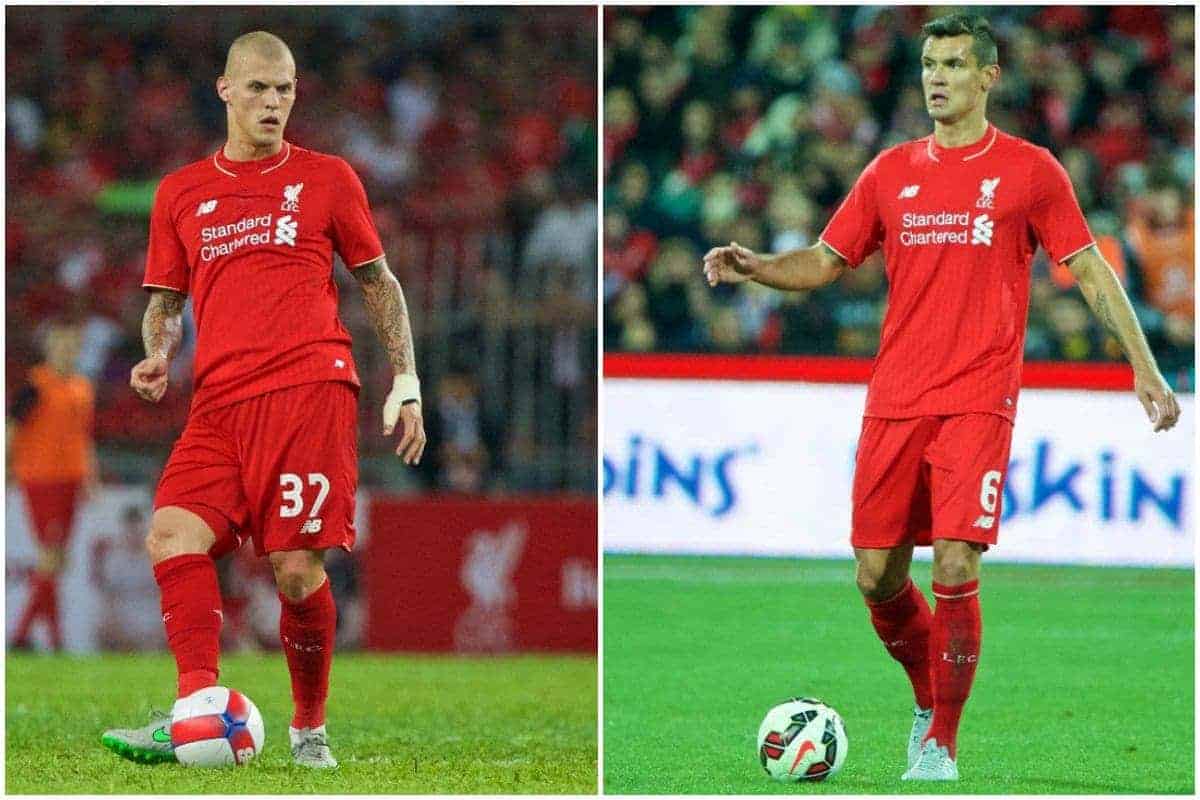 Martin Skrtel and Dejan Lovren linked up alongside each other for Liverpool’s opening fixture against Stoke City on Sunday and are set to become Brendan Rodgers’ preferred centre-back pairing.

It may not be the pairing that most supporters would go for – last week a poll on This Is Anfield suggested over 90% favoured a partnership of Skrtel and Mamadou Sakho – but it now looks like Rodgers has made his choice.

Sakho was absent from the matchday squad on Sunday, but did travel to the Britanna Stadium. His absence was attributed to the fact he missed three days of training in the build up to the game after the birth of his second child.

However, reports claim Rodgers had chosen Lovren ahead of Sakho regardless:

“Rodgers had already decided to start the season with Dejan Lovren alongside Martin Skrtel in central defence and the Croatia international responded with an assured display in the 1-0 victory,” writes Andy Hunter in the Guardian.

Despite most thinking the Frenchman is a far superior option to Lovren, he is now to be considered a back-up option by the manager.

“Sakho must wait for his opportunity after Rodgers made it clear Dejan Lovren and Martin Skrtel are his preferred pairing at centre-half. Lovren responded to that show of faith with his most accomplished performance since joining Liverpool.”

Given that Rodgers had spoke in pre-season of wanting consistency in defence this season, it leaves Sakho’s Liverpool future in doubt.

Sakho joined Liverpool for £18 million from PSG in 2013, heralded at the time by Rodgers as the future of the Reds’ defence, along with Tiago Ilori – who is yet to make a senior appearance for the club.

“Centre-halves are so hard to find. You look at some teams and they have ageing centre-halves because it’s a struggle to get a really good one. We were fortunate in that two became available,” said Rodgers.

“He is 6ft 3ins tall, super quick, powerful and can jump. He just needs to adapt to the pace and physicality of the Premier League. He is one for the future, but he can be a really big talent.”

“Sakho is also young, but he is an experienced player. He has senior international caps for France and looks an absolute monster in training. He’s one who is ready for now and that’s what we want.

“We had a chance to do that and protect the club for maybe the next 10 years and that is what we’ve done.”

Two years later and neither appear to have a future at the club.

RELATED: Sakho is “the best defender we have”, says former Liverpool striker

ARCHIVE: Dispelling the myth that Sakho is clumsy (Part 2)