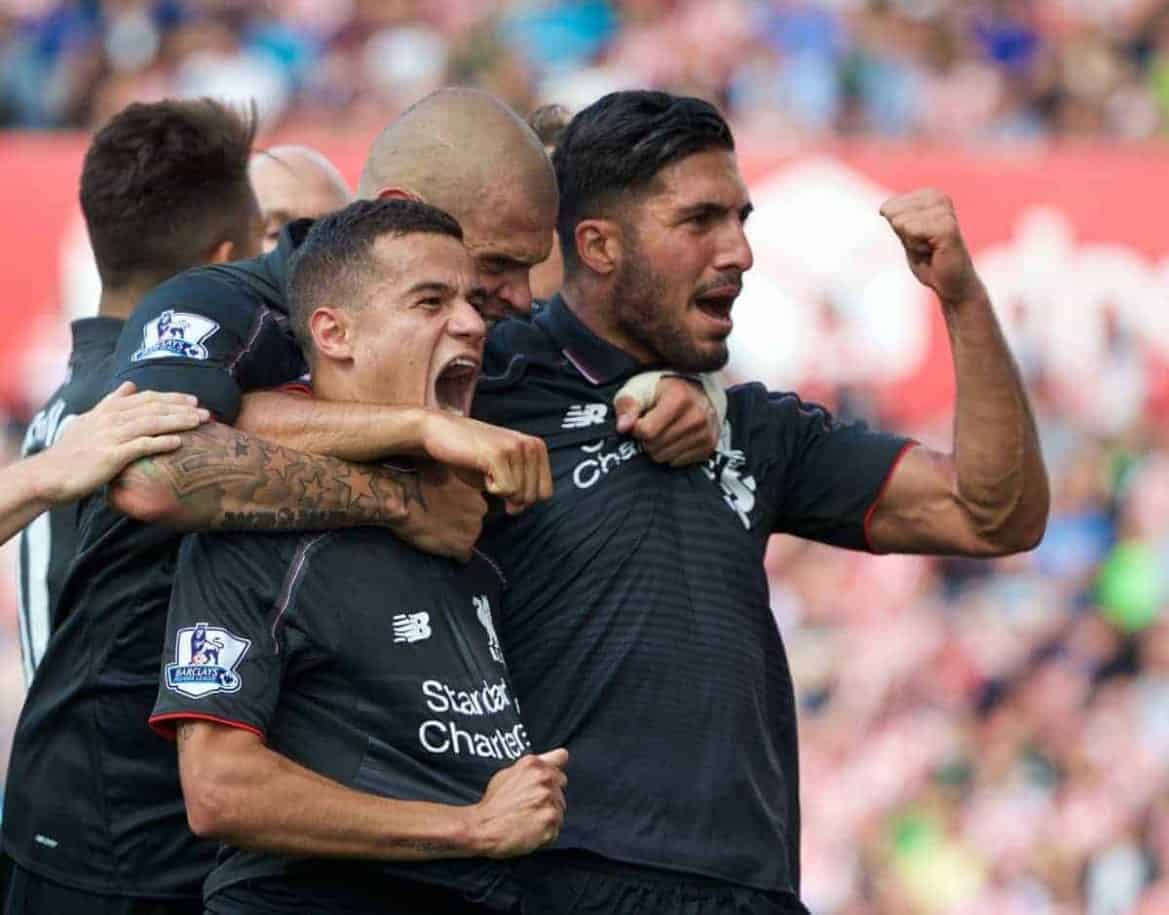 The Belgian was rarely tested throughout the game, but he did deal well with a Charlie Adam free-kick from out wide. Kicking still not impressive.

Liverpool’s new right-back was solid from start to finish, without being spectacular. He hardly put a foot wrong barring one sloppy pass, and will feel relatively pleased with his competitive debut for the club.

Skrtel enjoyed a good afternoon on the whole, and grew in stature as the match went on. The Slovakian did look shaky on the ball, giving Mignolet a couple of dodgy back-passes, but perhaps that’s being a little harsh. After so much criticism of late, the Croatian responded admirably with an impressive performance against a tricky Stoke side.

He was strong in the tackle, good in the air and generally used the ball well. Hats off to him.

The 18-year-old didn’t offer much in terms of attacking threat, but he was terrific defensively. Looks an enormous prospect.

The Reds’ new captain was not at his influential best, but as is the norm with the 25-year-old, he worked relentlessly and helped Liverpool edge the midfield battle. Passing a little erratic.

Like Henderson, there wasn’t a huge amount of creativity from Liverpool’s new signing, but he was efficient and understated from start to finish. Until the brilliant Brazilian curled home a sensational late winner, he was having a stinker of a game, but he produced when it really mattered.

The 23-year-old is one of the Reds’ only genuine match-winners, and he did it once again on a tight afternoon at the Britannia Stadium. Was clearly lacking match practice.

For much of the game, Ibe looked his side’s most threatening attacking player, showing pace, power and intent in abundance.

The 19-year-old’s end product was a little disappointing, however, although that will only improve as he matures.

After a good pre-season, Lallana was hugely ineffective all afternoon until being replaced in the second-half.

The England international simply couldn’t get into in the game out on the left, and he cut a frustrated figure at times. His place in the starting eleven is under serious threat. Benteke will be content with his Liverpool debut. The former Aston Villa man was a physical menace, and his touch was far better than many of his detractors like to believe.

The young German helped swing the game in Liverpool’s favour, winning tackles and allowing Henderson and Milner to push further up the pitch.

The Brazilian didn’t really have time to make a real impact, but he looked classy in possession.

For much of the game, it seemed as though the Northern Irishman would be under scrutiny for his tactics- the 4-2-3-1 was simply not working- but he redeemed himself in the second-half.

His introduction of Can made a big difference, and Firmino also added something extra. Surely both will slot into the side once they are fully fit.