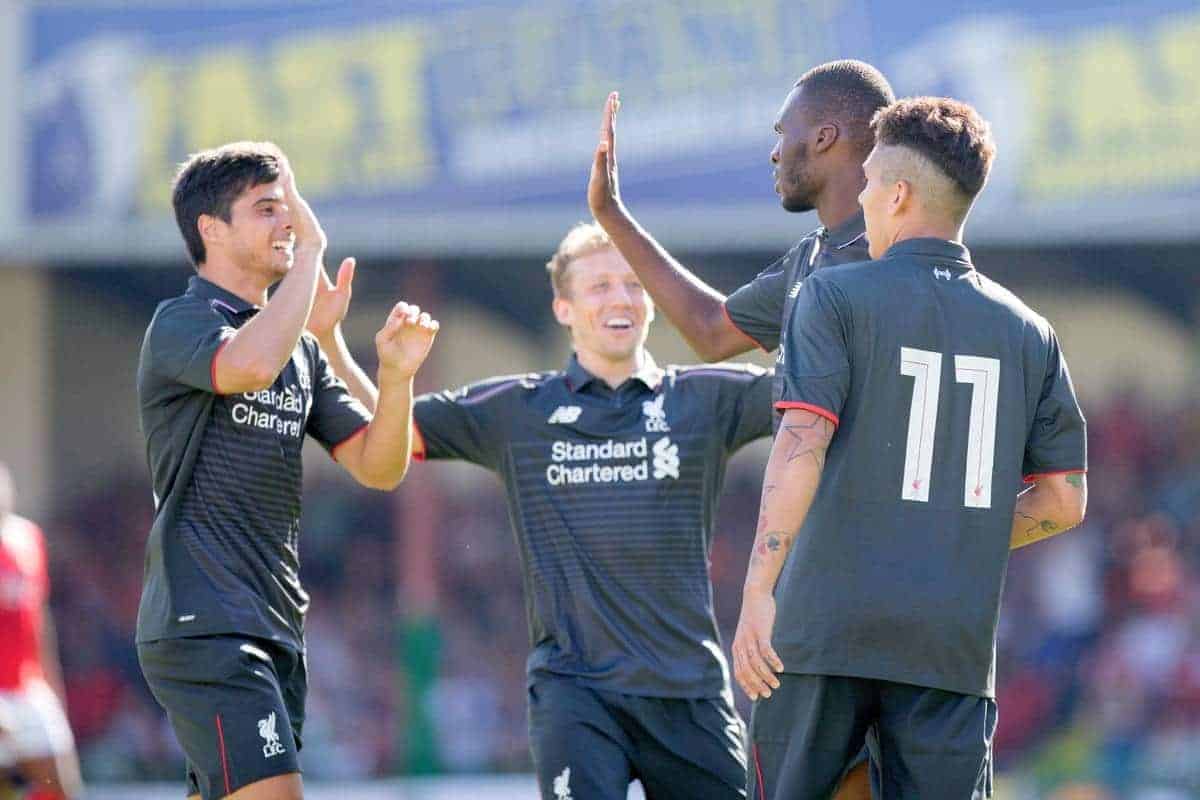 Liverpool won 2-1 away to Swindon Town at the County Ground on Sunday, with Christian Benteke scoring a stunning strike on his Reds debut. There was also a start for highly-regarded 16-year-old Trent Alexander-Arnold, while Kolo Toure captained the side in Jordan Henderson‘s absence.

In total there were 11 changes to the side that beat HJK Helsinki 2-0 on Saturday.

Firmino picked up an early knock to the shin following a flowing Reds move, but the Brazilian was fine to carry on proceedings.

Joe Allen’s goal-bound effort was blocked by Jonathan Obika in the ninth minute, but the Welshman left the pitch injured shortly after. Joao Carlos Teixeira replaced him.

Benteke and Firmino linked up nicely inside the penalty area, and the former should really have scored with the goal gaping.

Teixeira curled a fabulous effort just over the crossbar midway through the first-half, while the dominant Emre Can just fired over with a stinging shot.

At half-time it was goalless, in what had been a fairly low-key contest. There were no changes at the break, as the Reds looked to kick on and finish their pre-season in style.

Within three minutes of the restart they were ahead, and it was a stunning moment from Benteke. The Belgian chested the ball down on the edge of the box, before volleying home emphatically.

The burly striker missed a glorious chance to get his second of the game soon after, but skied his effort over the bar. He then had a goal ruled out for offside.

Swindon were level in 63rd minute, however, as Obika curled home a terrific effort from the right-hand side of the area. Alberto Moreno didn’t exactly cover himself in glory in terms of his defending.

Rodgers’ son Anton just missed the target with a free-kick for the hosts, while substitute Ryan Kent was perhaps unfortunate not to win a penalty at the other end.

The game grew a little messy in the final stages, with numerous Liverpool changes certainly not helping the flow of the match.

Rodgers’ men nicked it at the end though, with Sheyi Ojo‘s fierce shot looping in off goalkeeper Lawrence Vigouroux.

Next up is Stoke City in next weekend’s Premier League opener.