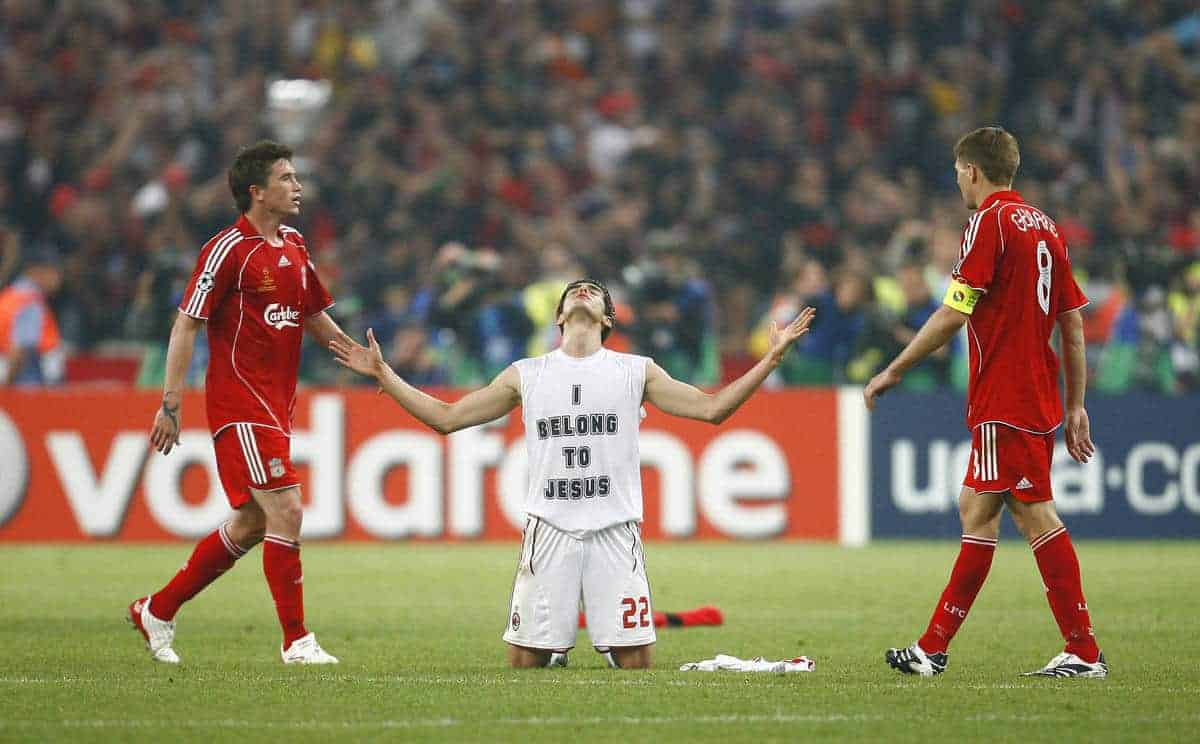 Coutinho fired the match winning goal in the Reds’ opening game at Stoke City in Sunday, in the manner with which Gerrard used to frequently win matches for the club during his prime years.

And Kaka believes the 23-year-old can go some way to replacing the iconic midfielder at Anfield, saying:

“Coutinho is a humble guy. He won’t talk about being able to replace a legend like Steven Gerrard, and the truth is nobody could ever replace him, but with Gerrard gone they do need somebody to step up — and he can do that.”

Kaka, who now plays with Gerrard in MLS, knows the influence that Gerrard had at Liverpool – on the receiving end in the Champions League final in 2005.

He feels his compatriot can be a big player for both club and country.

“I have been a big admirer of Coutinho and he can be a very important player for Liverpool and Brazil.

“There will be a lot of expectation on him with Liverpool fighting to get back into the Champions League, but I know that he can handle it.

With Roberto Firmino yet to make his full debut for Liverpool, we could be set for some exciting times once the Brazilian duo team up together in the Reds’ new look attack.

“Firmino will be a big player for Liverpool and will have a good relationship on field with Coutinho, but the fans must give him time,” added Kaka.

How FSG “kept their word” with “evolution not revolution” at Liverpool

How FSG “kept their word” with “evolution not revolution” at Liverpool