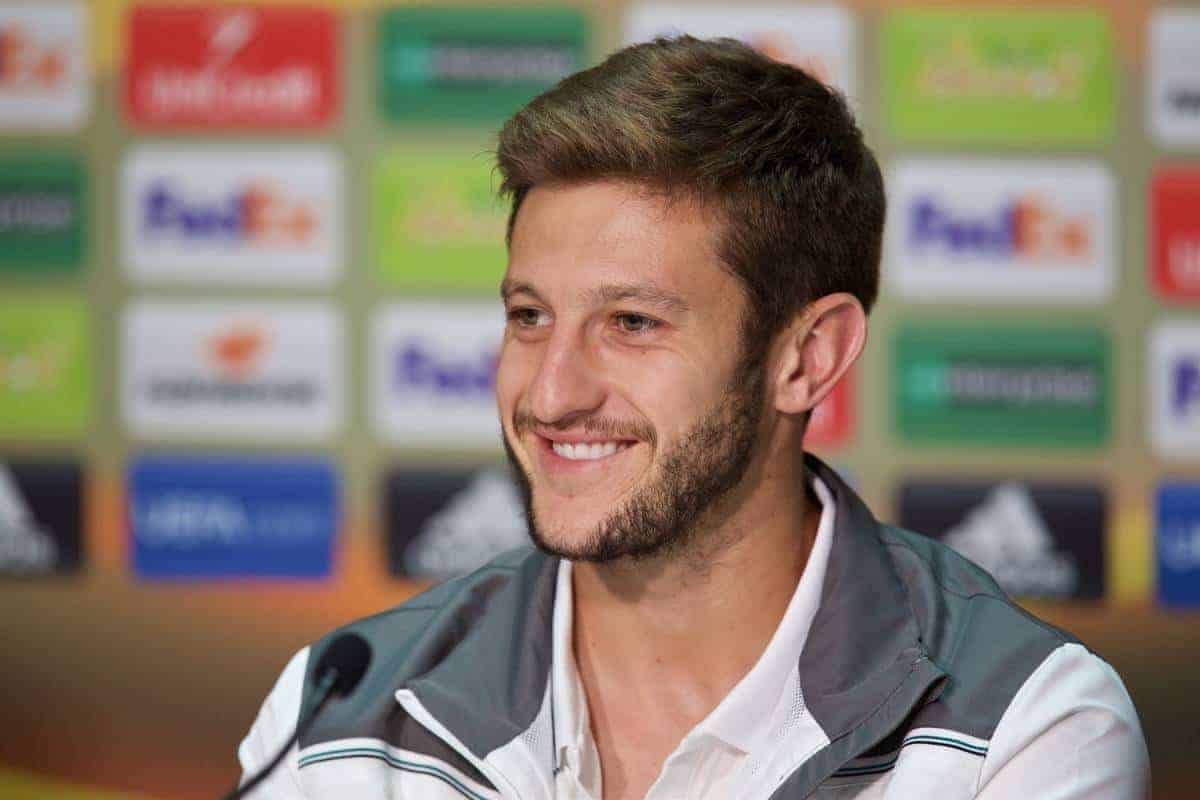 Liverpool midfielder Adam Lallana insists criticism of the team will not affect the players as they seek to get things back on track.

Back-to-back defeats against West Ham and Manchester United have put the squad under the spotlight heading into their Europa League opener in Bordeaux. However, the England international does not believe that will impact on the players.

“It is our job to play football and no matter how we do – good or bad – people are always going to have their opinions,” he said.

“At times it is best we just concentrate on doing our job and let people speculate as to whether it is good, bad or indifferent.

“We have to focus on our job and our next job is a tough game.

“We have to get a positive result and then it is a quick turnaround for the next Premier League game (at home to Norwich on Sunday).

“We have to keep focusing on our job because at the end of the day that is all we can do.

“I’ve got an immense amount of confidence. We have to stick together through good and bad times.”

Lallana is back to fitness after a month on the sidelines with a thigh injury and he is looking to make up for lost time after a second successive injury-interrupted start to a campaign.

“I am fully fit now,” the 27-year-old added. “I trained Friday and it was too soon for United but I’ve had three to four good days’ training.

“It was disappointing to have another setback, but these things you have to deal with as a footballer. Hopefully I will be fit for foreseeable future and the rest of the season.”

Lallana is back in contention for a start against Bordeaux and knows how important the Europa League could be.

“It is a huge competition,” he said. “It is a great chance to get back into he Champions League, which is where we want to be as we had a taste of it last season.”