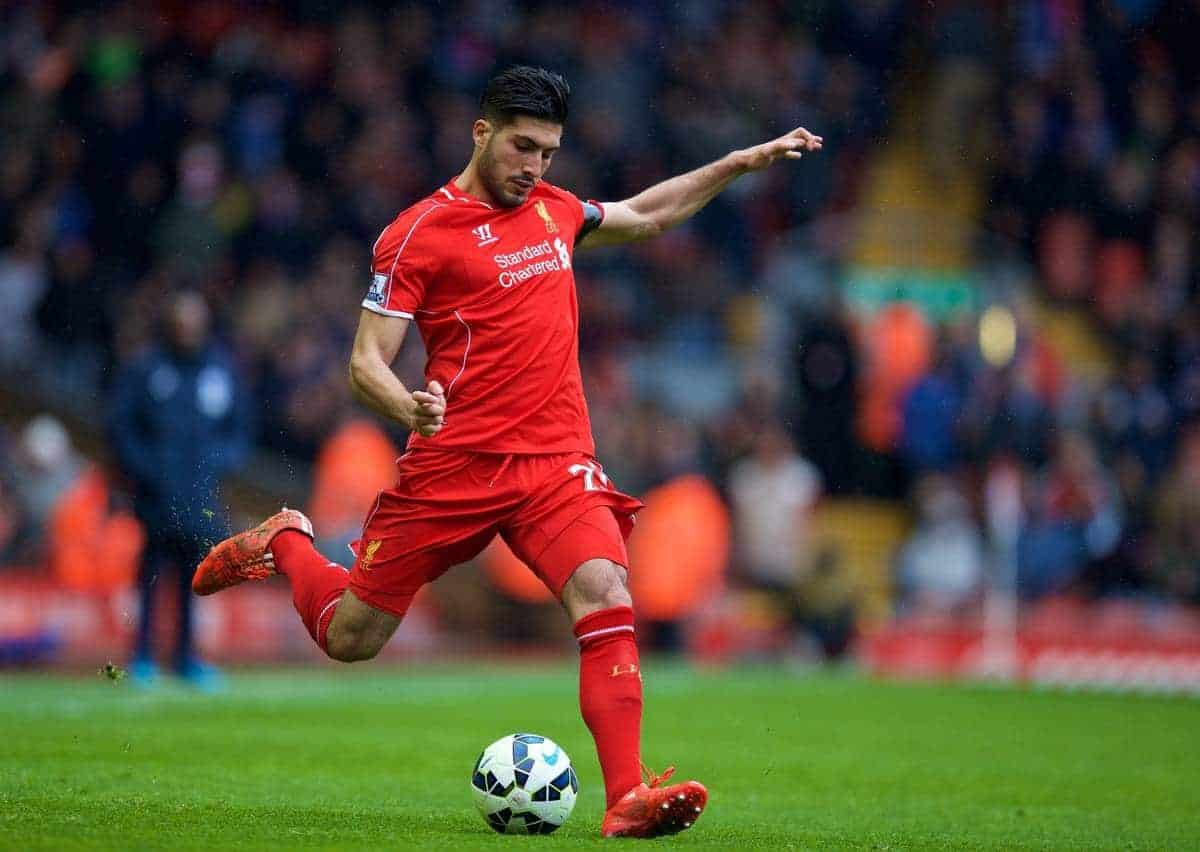 Liverpool midfielder Emre Can made his debut for the senior Germany national team on Friday evening as they beat Poland 3-1.

Can started the match at right-back – a position he struggled with at the back end of last season when deployed there by Brendan Rodgers.

Prior to the match, Can was praised by Germany boss Joachim Low. “I like the way he plays,” praised Low.

“Technically he is clever, he plays clean, simple passes and has a good positional sense.”

After calling Can up for the first time, Low said: “Emre had a good development at Liverpool and is a versatile player. We like his presence on the pitch and his dynamism. Now we want to get to know him a bit better.”

Emre Can being congratulated by his team-mates. pic.twitter.com/FjtBxO4Rnh

Can was subbed at half-time of Liverpool’s 3-0 home defeat to West Ham at Anfield prior to the international break. Injury to Jordan Henderson could see him start again though next time out, away to Man United at Old Trafford.