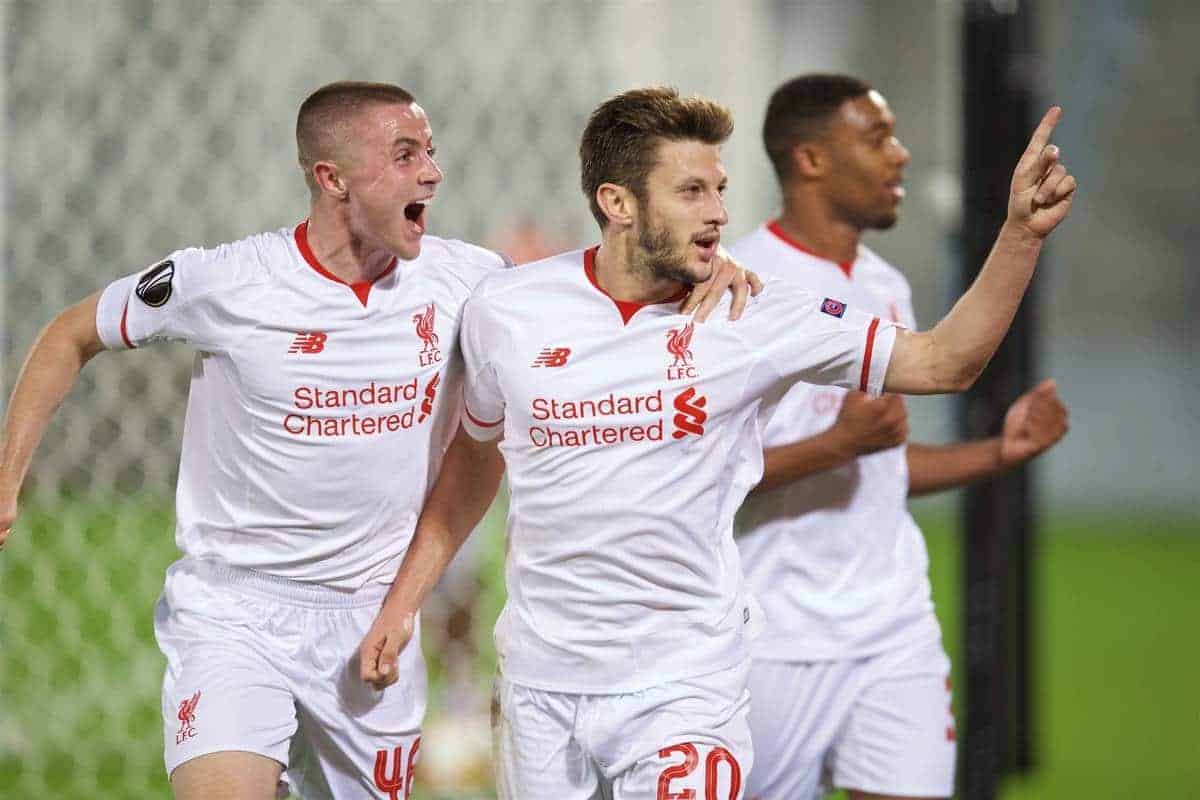 Goalscorer Adam Lallana believes Liverpool could take positives from the performance of the youngsters and praised defender Mamadou Sakho for his display in defence.

He told BT Sport 1: “(We were) disappointed at the end but it’s a positive performance. They scored with five or 10 minutes to go but before the game possibly we’d have taken a point.

“We had a couple of young lads that played tonight, Pedro came on early doors. I thought him and Jordan were brilliant and showed great maturity for their age.

“Sakho’s a top, top player and a top professional as well. He showed what he was made of tonight – great professionalism, great on the ball, he defended well. Bar the goal at the end we defended really solidly.

“It’s a disappointment to have conceded that but it’s a point away from home. We need to win our next game at home in this competition and things will look a lot better.”