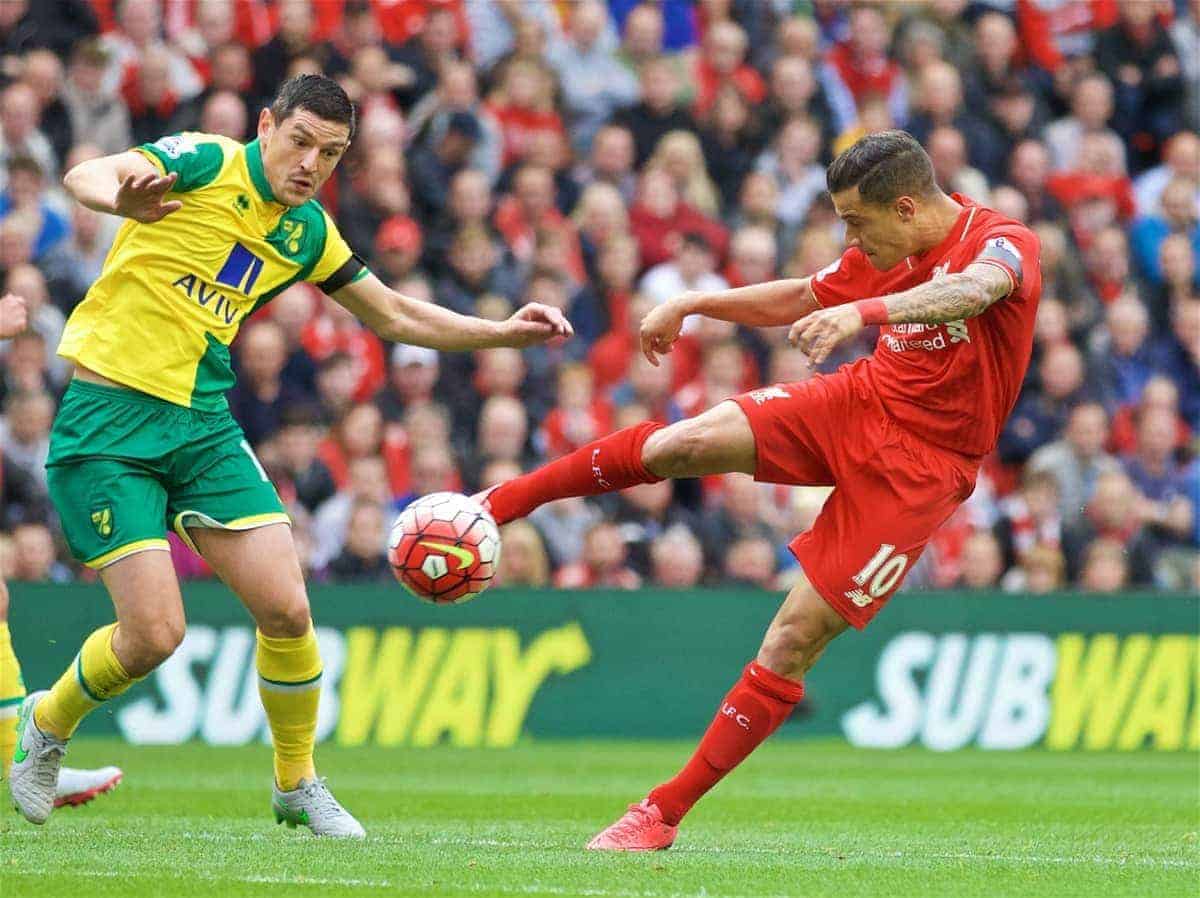 Daniel Sturridge makes his long awaited return to action for Liverpool, against Norwich City at Anfield (4pm BST kick off).

Our live coverage of Liverpool vs. Norwich City loads below and automatically updates here. Get involved by tweeting us @thisisanfield throughout the game.

Liverpool vs. Norwich is not live on TV in the UK, stick with This Is Anfield for our liveblog throughout the game.