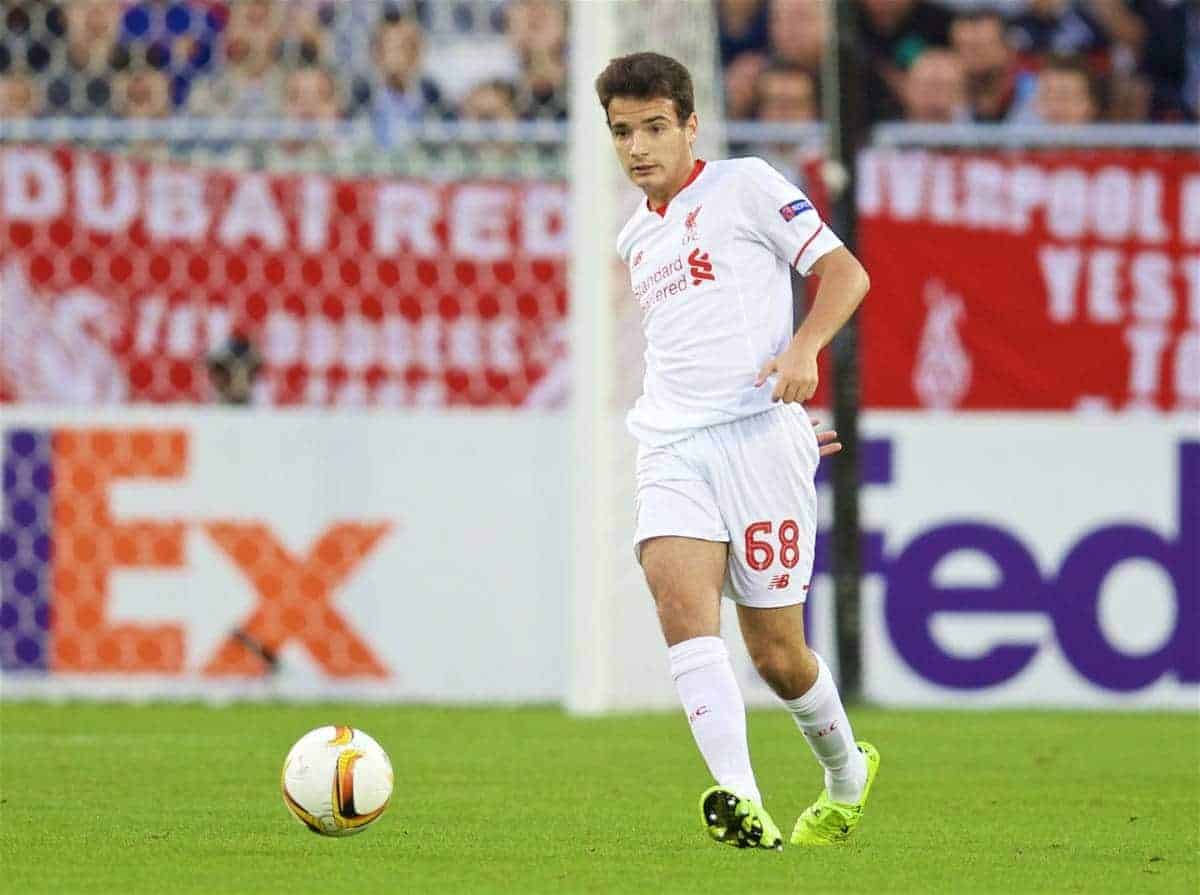 Youngster Pedro Chirivella says it was a “dream come true” to make his first appearance for Liverpool’s first team on Thursday night.

Making an earlier-than-expected first-team bow after injury to Kolo Toure, he played for over an hour alongside fellow academy graduate Jordan Rossiter and by the second half the pair looked as comfortable as they did playing in the under-21s together.

After Toure’s withdrawal from the game, the average age of Liverpool’s team was just 21.7.

Chirivella, 18, who arrived at the club's Kirkby academy from Valencia, is now looking to build on his first appearance.

"It was a dream come true. The manager said to keep calm, play my game," he said.

"Obviously with your first game you have nerves but I did well at the end.

"I know Jordan from two years ago. We've played a lot together and we understand each other. It was very good to play with him.

"Hopefully this will be the start of a big career for me at Liverpool.

"Liverpool are a team who always give chances to young players and I think it was a good example (on Thursday)."

Rodgers now has big selection and tactical decisions to make ahead of Sunday’s Premier League clash with Norwich City at Anfield.