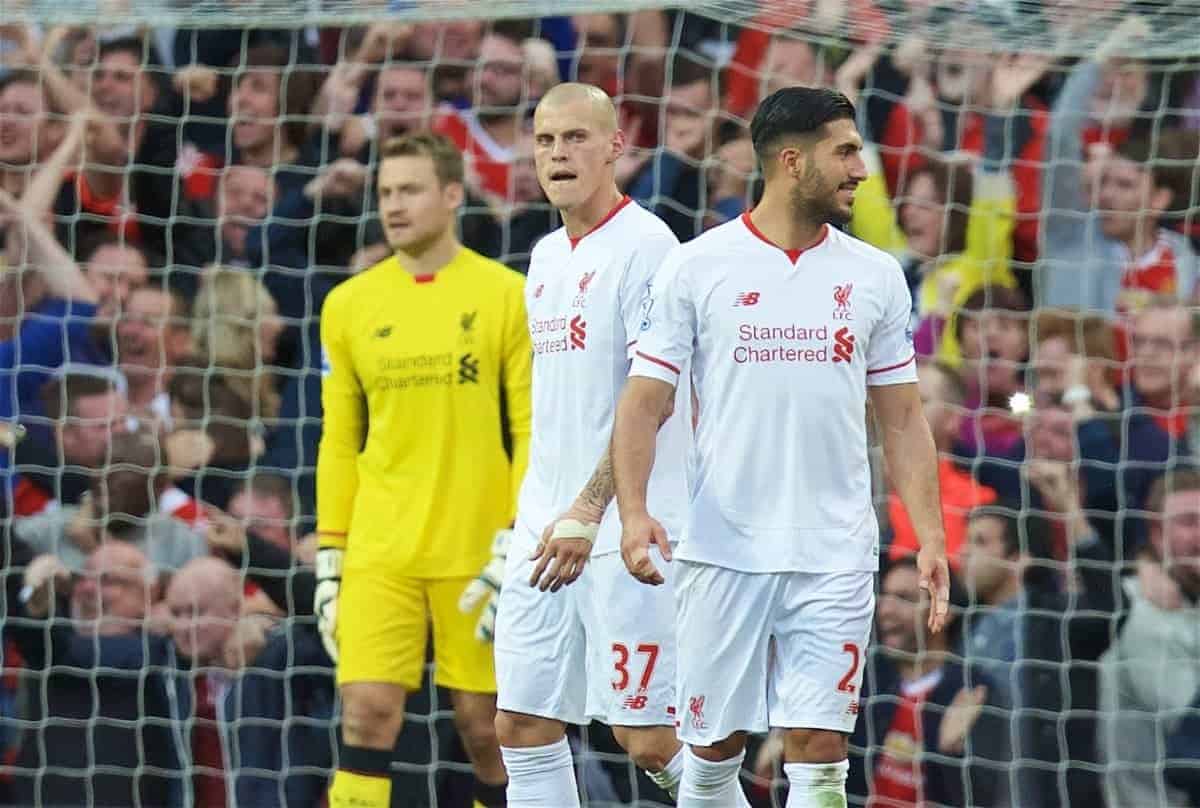 Following Liverpool’s 3-1 defeat to Man United on Saturday, we round-up the best social media reaction from the game.

A hugely depressing afternoon at Old Trafford saw the Reds downed by their bitter rivals, as the pressure on Brendan Rodgers intensifies.

Goals from Daley Blind, Ander Herrera and debutant Anthony Martial were enough to see the hosts to victory, despite a wonderful strike from Christian Benteke.

It was virtually the only positive to take from a dreadful all-round performance, and Liverpool’s decent start to the campaign now seems like a distant memory.

Not Brendan's "best defeat" that.

To this point I've backed the manager, clinging to a belief he had some kind of plan. No more. Only so long you can excuse repeated failings

Rodgers has had time & money, but this is a team going nowhere at the moment. It's time for fresh ideas & direction. #LFC.

We all complain about Lovren and he is terrible but Skrtel is honestly just as bad.

Been absolutely dreadful overall today. Can't see a way out of it for Brendan that doesn't include his P45

Got what we deserved. Nothing's changed from last season. No lessons learned. That says it all.

So poor from #LFC, totally disappointing. Small-team mentality and it’s not working, so where’s the point? No change, no intent, no plan.

I don't even enjoy watching Liverpool anymore. It feels like a chore now instead of something I actually want to do. Thanks Brendan.

Not a good game and worst score. Lfc 1 vs Mufc 3. Time to think where is the team going. Benteke the only spark. #ynwa

Three wins/11 points from 30 at #lfc for Brendan Rodgers in his last 10 Premier League fixtures.

No passion. No ideas. No sense of direction. That's #LFC at the moment. Rodgers has to go.