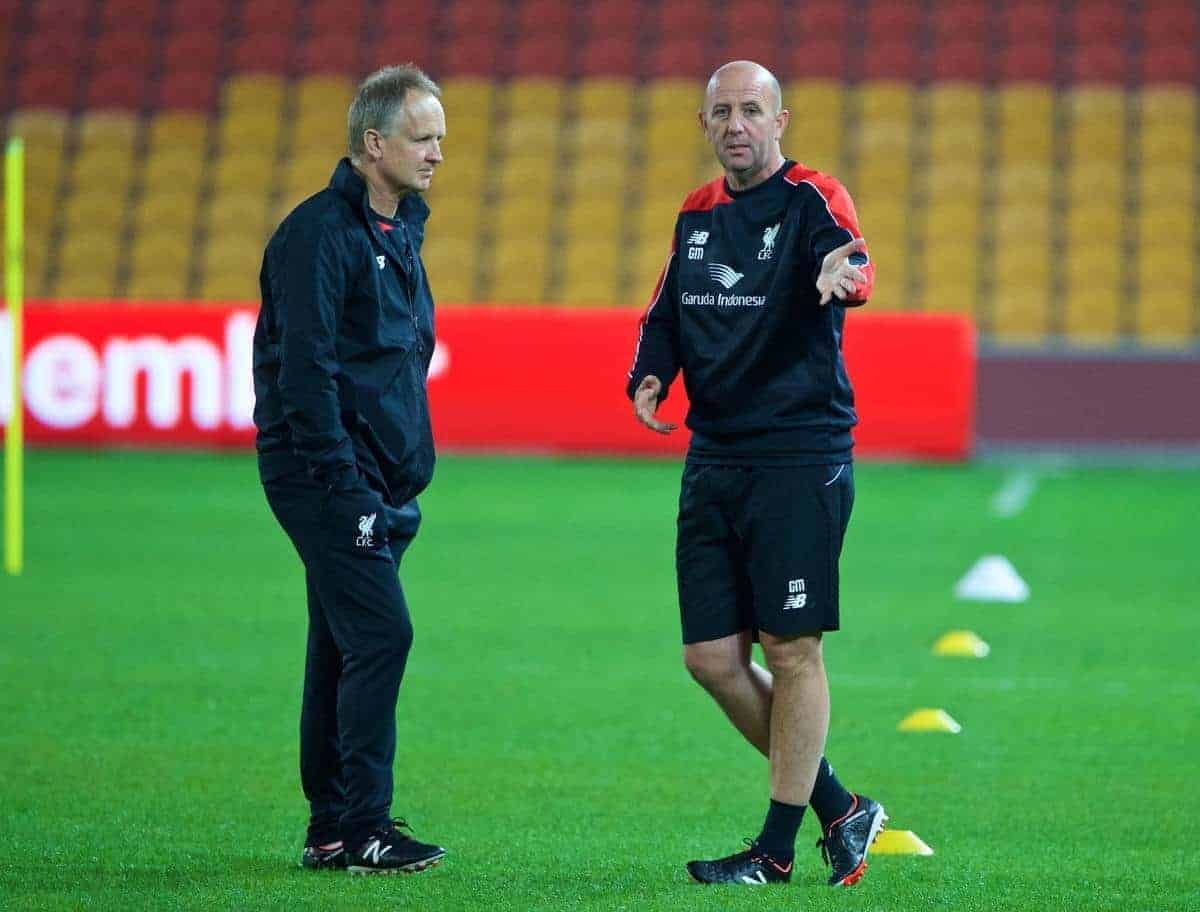 Liverpool have announced the departures of three of Brendan Rodgers’ first-team staff, as well as a new role for Gary McAllister.

As expected, Sean O’Driscoll, Glen Driscoll and Chris Davies have all left their positions at Liverpool following the sacking of Brendan Rodgers.

O’Driscoll has been relieved of his duties as assistant manager, with Jurgen Klopp set to appoint his own backroom staff, including long-standing No. 2 Zeljko Buvac, when he officially joins as Liverpool manager.

Meanwhile, Gary McAllister vacates his position as first-team coach to take up an ambassadorial role.

This was confirmed in a club statement on Thursday evening:

The club would like to place on record its thanks to all four men for the professionalism, commitment and dedication they have displayed during their time here, and the positive impact they have had in helping to support football operations and the team.

McAllister will remain with the club, albeit in a different role, not connected to first-team duties.

The Scot has accepted an ambassadorial position, which will allow the club to benefit from his strong connection and affinity with the supporters.

The club would also like to take this opportunity to wish Sean, Glen and Chris every success in the future.

McAllister’s role reflects his close ties with the club, with the likes of Kenny Dalglish, Robbie Fowler and Ian Rush all holding similar positions.

Along with Buvac, Klopp is expected to appoint opposition analyst Peter Krawietz and Dortmund reserve-team manager David Wagner as he shakes up the Anfield setup.

Jurgen Klopp laughs off Gabby Agbonlahor: “I was close to calling in!”

Jurgen Klopp laughs off Gabby Agbonlahor: “I was close to calling in!”