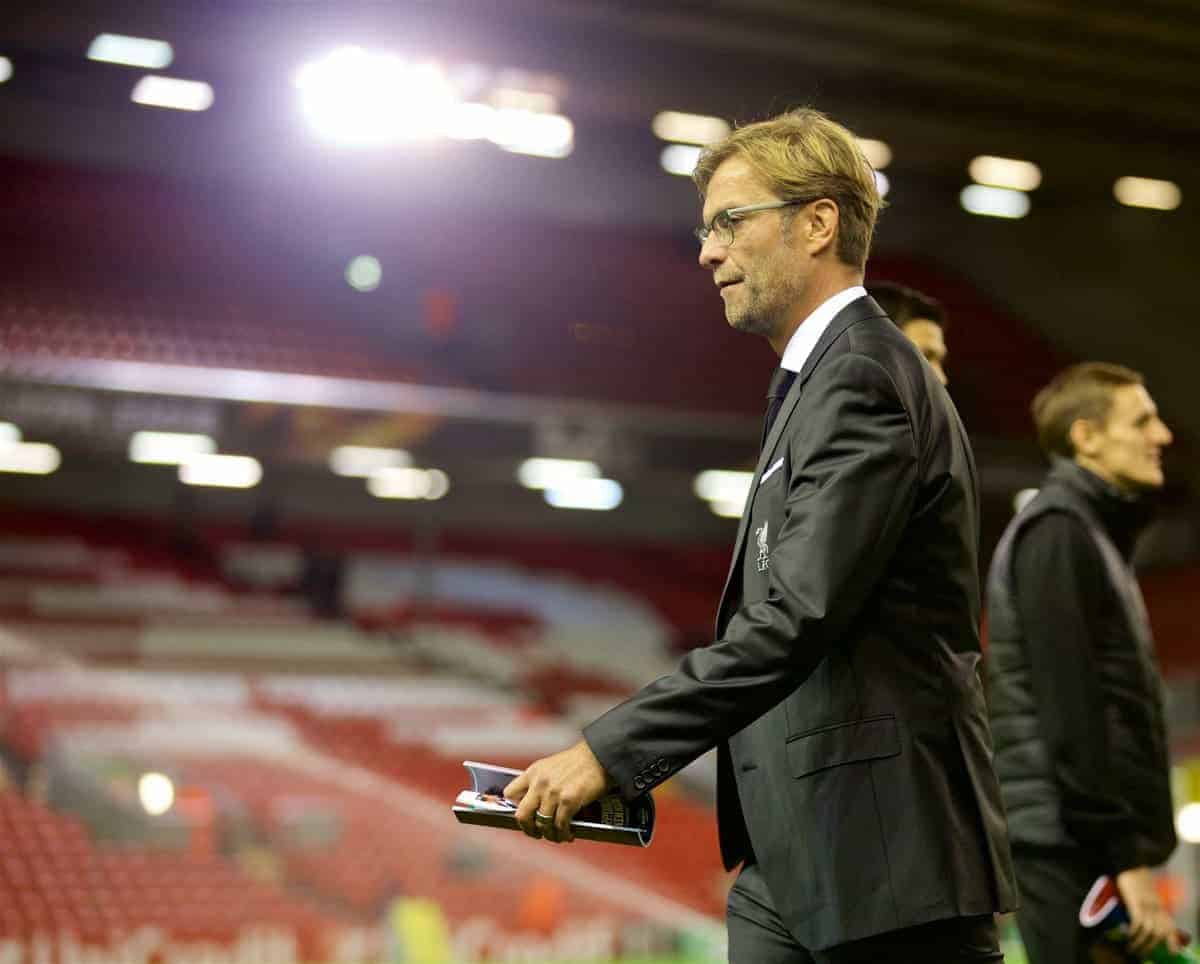 Jurgen Klopp leads Liverpool for the first time at Anfield tonight, against Russian side Rubin Kazan in the Europa League.

The new manager has made just one change from the side that drew at Tottenham, as the Reds look to claim their first victory in group B this season.

Joe Allen replaces Lucas Leiva in midfield, but the other 10 players remain the same.

Christian Benteke and Roberto Firmino are named among the subs.

Our live match blog is online at 7pm.