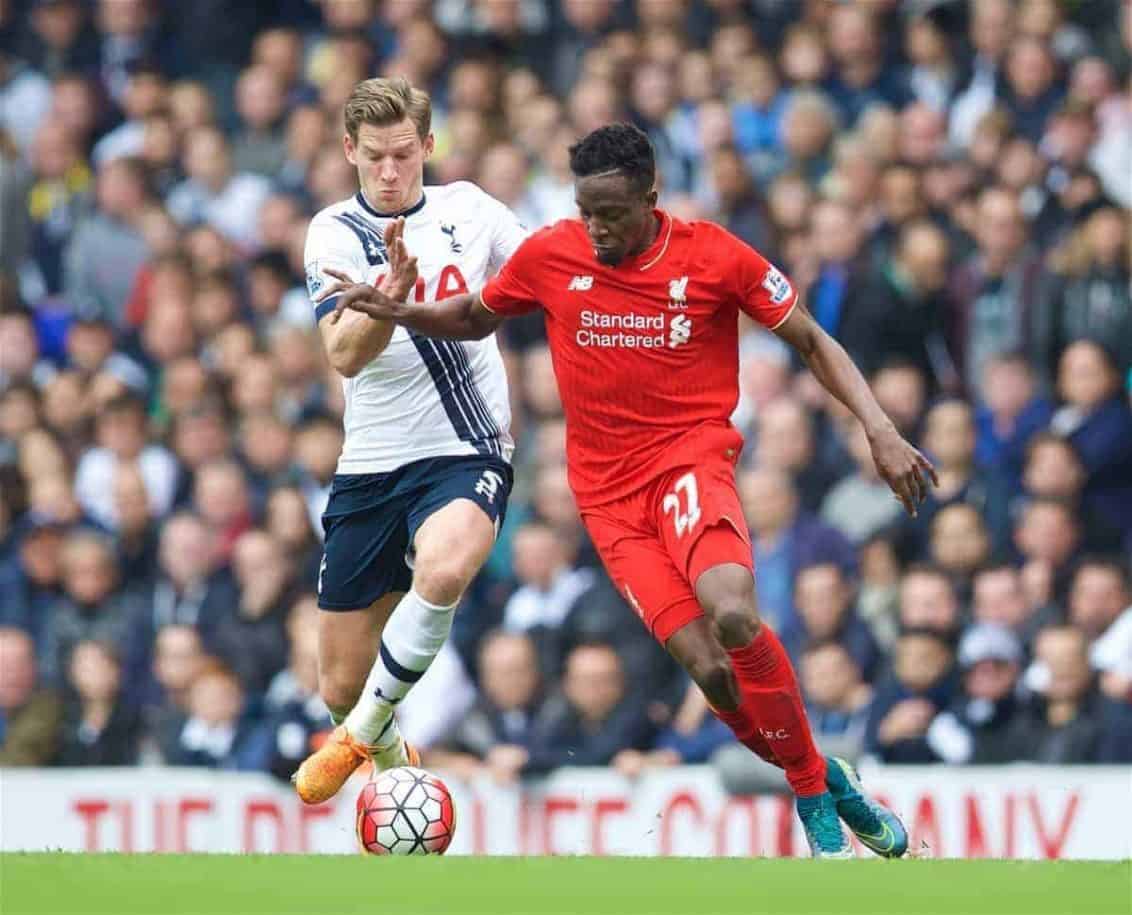 Injuries to Daniel Sturridge, Danny Ings and Christian Benteke saw Klopp opt for Origi as his lone centre-forward at White Hart Lane, and while the Belgian failed to get on the scoresheet his performance was promising.

Speaking to the club’s official website after the game, Origi said he was “very excited” to make his first start in the Premier League.

“I work very hard and I tried to work hard for the team today,” he said.

“It’s a new system and I was very excited, just a bit unlucky with the finishing but I’m sure it’ll come.

“Everybody has encouraging words for me so I just have to continue like this and it will be okay. I feel for sorry for the boys that are out but I will just try to support the team and do my best.

“Everybody says that I have the qualities, I just have to work hard and the goals will come.”

According to the 20-year-old, this is due to Klopp’s influence.

“[Klopp told us] just to play with passion and no fear,” he continued.

“He believes in everybody – the young players, the old players, we’re all here because we have quality.

“We just have to work hard and trust him, and we all trust him so I think we can have a good season.

“When you look at the coach, he sends out a very strong feeling, a very powerful feeling. You can see it through the team.

“Today we had a lot of energy, we pressed, we played with a lot of joy.

“We are a very strong together as a club with the fans also, it’s a very nice thing.”


Subscribe to This Is Anfield on Youtube to watch every Liverpool press conference in full, for free

This positive approach shone through in the German’s post-match briefing, as he chose to focus on Origi’s performance, rather than lamenting the injuries to his other attacking options.

“I wanted to take him to Dortmund but Liverpool bought him,” he told reporters.

“He is a very good player. He is young, very fast, a good technician.

“At this moment, he’s not full of experience in the game because he hasn’t played so often, but we will have fun with this player, for sure.”

Origi came closest to securing Liverpool the victory, with his first-half header hitting the crossbar.

Klopp is clearly pleased with his contribution, and with a strong run of games in the first team a player who compatriot Vincent Kompany described as “a monster” could become a key feature in Liverpool’s injury-stricken attack.