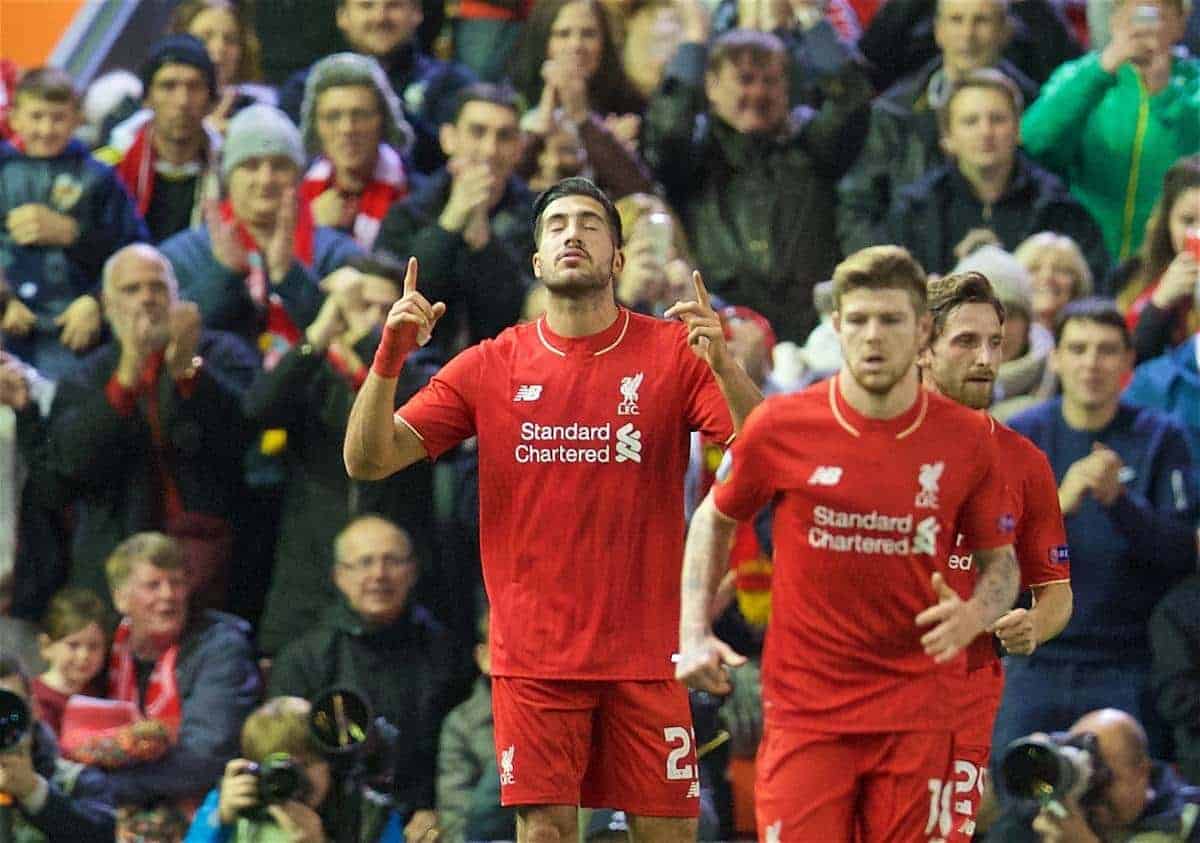 Can spent much of his time under Brendan Rodgers as a makeshift defender, but one of Klopp’s first moves as Liverpool manager was to install him as a key midfield player.

This has seen Can produce impressive performances in Klopp’s first two games in charge on Merseyside.

Can was one of Liverpool’s standout performers in the Reds’ 1-1 draw with Rubin in the Europa League on Thursday night, with an all-action display in Klopp’s three-man engine room.

The 21-year-old capped his night with a goal, cancelling out Marko Devic’s opener.

However, while this came as a midfielder, Klopp believes Can can shine in any position.

“I think he is a midfield player but of course he can play different positions and that’s the good thing with Emre,” he told reporters after the game.

“At this moment, I don’t know who can play on Sunday again and maybe Emre will play in another position.

“I hope he can play and then we will think about this.

“I’ve known him for some years and I know he is usually a midfield player but he can play any role.

“With the German national team he played full-back, and if we give him more time he can play there, but most of the time, in his youth, he has played in midfield.”

Having encountered Can during his time as Borussia Dortmund manager, when the German was lining up for Bayer Leverkusen, Klopp is fully aware of his vast potential.

With an in-depth knowledge of his talent and development as a young player, Klopp can mould Can into a top-level Premier League midfielder.

But with Liverpool’s back line hit with injuries and a lack of depth at this stage of the season, he could find himself deputising in defence at some stage before January.