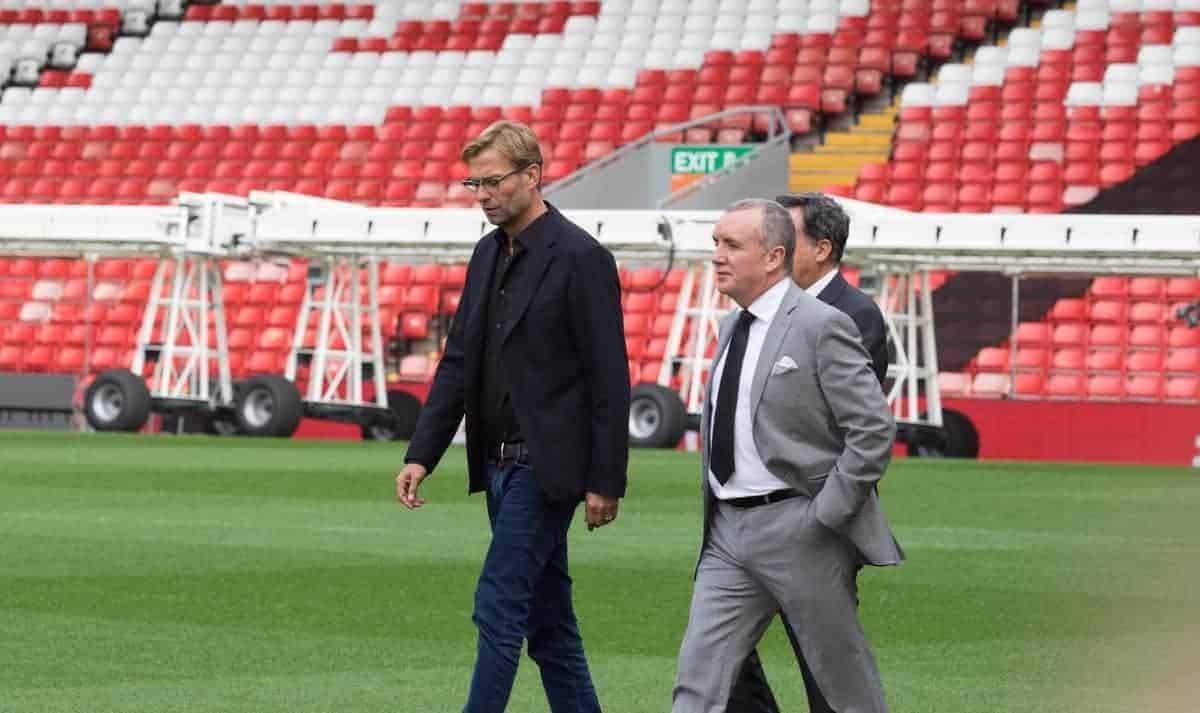 Jürgen Klopp has revealed that he has not been set any targets in his first season at Liverpool, aside from restoring a “recognisable brand” of football. Brendan Rodgers recently attested that he was never given the specific target of reaching the Premier League‘s top four during his time at Liverpool, and it seems that his successor has received the same mission statement.

Klopp has revealed that Fenway Sports Group have not tasked him with any targets other than “to play football with a recognisable brand.”

“There is no doubt, this is a huge challenge, for me and my coaching team,” he reportedly told German publication Bild on Sunday.

“We knew that full well [when we accepted the job].

“Liverpool have not had any success for a long time and they’ve changed the manager all the time. And now they have appointed a German who is no miracle worker.

“Progress is not possible without a bit of time.

“I spoke to the people in charge of the club at length.

“[There are no targets for this season], just simply to play football with a recognisable brand.”

One of the hallmarks of the latter stages of Rodgers’ reign were an incoherent tactical approach, with the swashbuckling attacking football of 2013/14 a distant memory.

FSG will be expecting this to be implemented in his first season on Merseyside.

Klopp is not anticipating many arrivals in the January transfer window in order to do so, however, with the 48-year-old instead focussing on those already in his squad.

“Whether there is money to spend in January or not doesn’t interest me,” he continued.

“We are only in October and I don’t even know how many games we’ve got until the transfer window opens and therefore we will have a look at the players at our disposal first.”

This means that Klopp will have to focus on his methods on the training ground, alongside assistants Zeljko Buvac and Peter Krawietz.