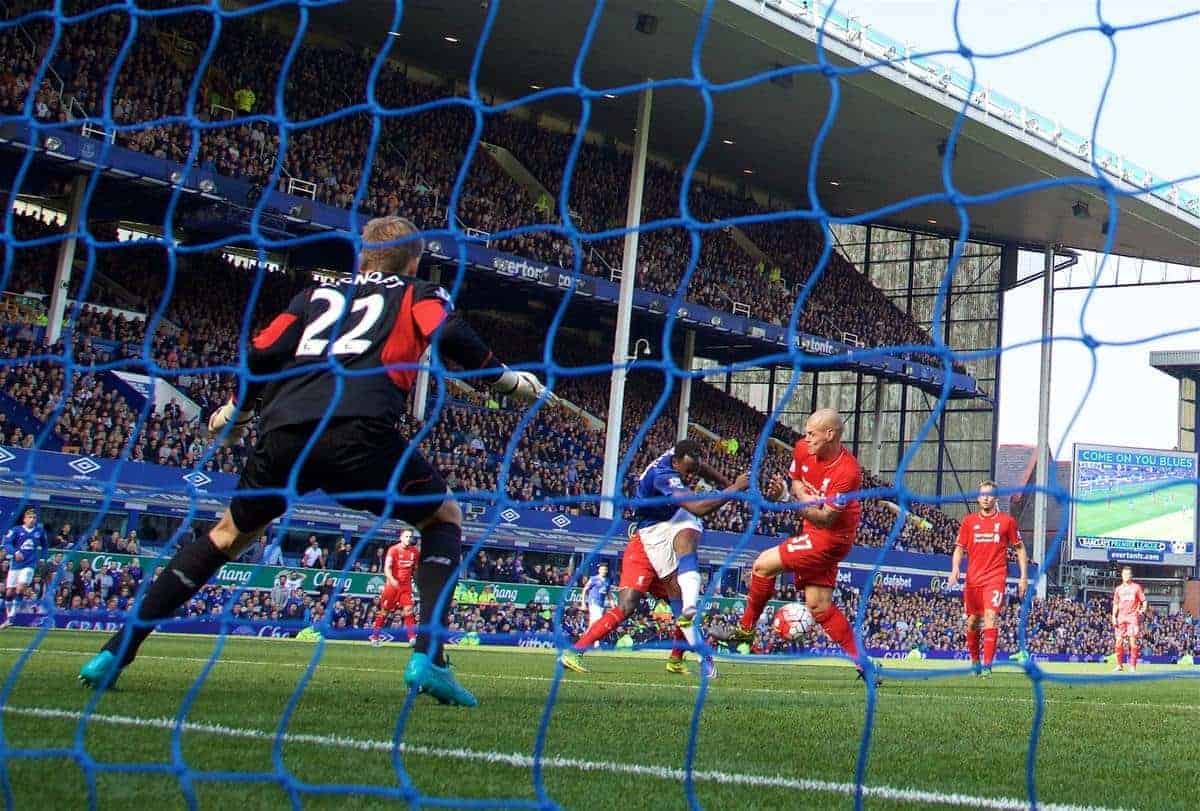 Liverpool’s fifth 1-1 draw in their last six games saw fans bemoan the lack of quality on show in the 225th Merseyside derby.

A point was probably fair at Goodison Park on Sunday afternoon, with plenty of heart shown but a definite lack of quality on display.

Danny Ings‘ first-half header was cancelled out by Romelu Lukaku’s well-taken strike, and neither side did enough to merit all three points after the break.

The result leaves Liverpool in 10th place and with one win in their last nine games.

Here’s how social media reacted to the Goodison Park showdown:

If last week was Daniel Sturridge 13/14, this has been very much last year's vintage. Touch, turn, trick, lose possession, repeat to fade.

Get Gary Mac on.

He'll probably pop up with a goal or two later on, but Daniel Sturridge just doesn't look interested in getting involved today. Shame. #LFC

Sakho man of the match. Captain without the armband.

Worrying is total lack of build up play. Midfield set up not working. Ings is major plus so far this season.

Did Rodgers want to win that or was he happy with a draw? Substituting Ings was an odd one for me, still seemed full of energy.

Settling for a draw in the derby. LFC that is.

Another 1-1 after leading. And another derby draw. Not much quality on show today.

One win in our last 9 games. Absolutely disgusting.