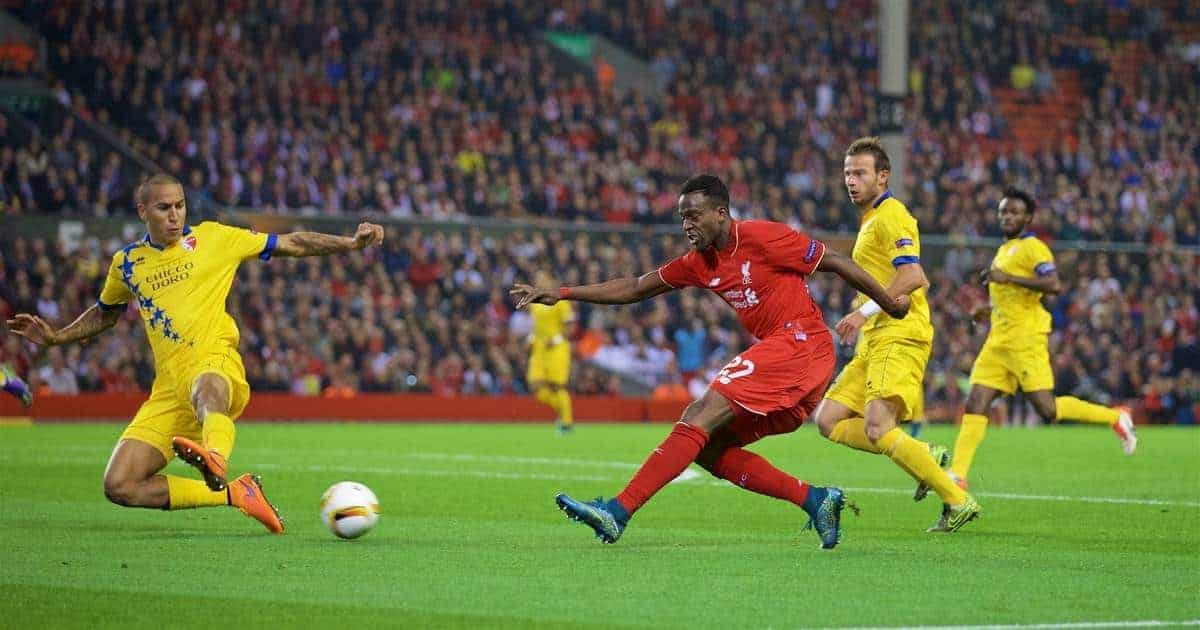 With the injuries to key players in past weeks Klopp has been forced to start with Divock Origi as the lone striker.

Despite much effort, the Belgian hasn’t quite given Liverpool the attacking presence required- though questions could be asked about the service he has been given, with Jordan Henderson out injured, and Philippe Coutinho not at his sparkling best.

Origi was subbed off at half time in the 1-1 draw with Southampton at the weekend, after a frustrating first half performance, devoid of any chances, having just 12 touches in 45 minutes.

Divock Origi: Managed fewer touches (12) than any other player on the pitch in the first half of #LIVSOU pic.twitter.com/jxbdrxSQN5

Some fans have been quick to criticise the young striker, despite the fact he has only featured six times in all competitions this season.

Origi spent last season on loan at Lille where he went through some poor form, scoring just 8 goals in 33 league appearances.

The Belgian international was named in L’Equipe’s worst team of the season, as he suffered a 20 game goal drought between October and March. However, much of the criticism levelled his way in France was unfair, as the French club were relying almost solely on him to score goals at just 19 years of age.

Having returned to Liverpool this summer, the striker must be low on confidence following that nightmare season and now the fans must remain patient and get behind the youngster.

Origi is clearly a very raw talent as he has shown in his handful of appearances, with some flashes of good technique, but mainly frustrating fans with his decision-making and composure in front of goal.

Although he is yet to show what he is fully capable of, Klopp has praised the youngster and has also claimed he tried to sign him at Dortmund, which could be a positive for the player and the fans.

Similarly, Jordon Ibe hasn’t shown much of what Liverpool fans know he is capable of this season.

In 7 league appearances the England under-21 international has been frustrating to watch, losing the ball frequently and being too predictable in his attempts to beat his defender.

Ibe spent the first half of last season on loan at Derby County, scoring 5 goals in 20 league appearances, but the Reds recalled him in January.

There is no doubt that the youngster has great potential but in recent times he hasn’t shown what an exciting player he can be.

The pace, trickery and physical prowess that Ibe possesses haven’t been on display which has disappointed some of the Anfield faithful, and they know as well as he does that he is capable of much better.

Ibe though has gone from being in the starting XI, playing on the right of the front three at Stoke on the opening day, to playing at left wing-back in a rare outing against FC Sion in the final week of Brendan Rodgers’ tenure.

It is crucial that the fans remain patient with this young talent, though it will be frustrating to watch at times, particularly with the way recent results have gone.

Henderson is a perfect example of a youngster who took some time to develop. The likes of Origi and Ibe can learn from these patches of bad form and use it as a learning curve to improve and become big players for the club.