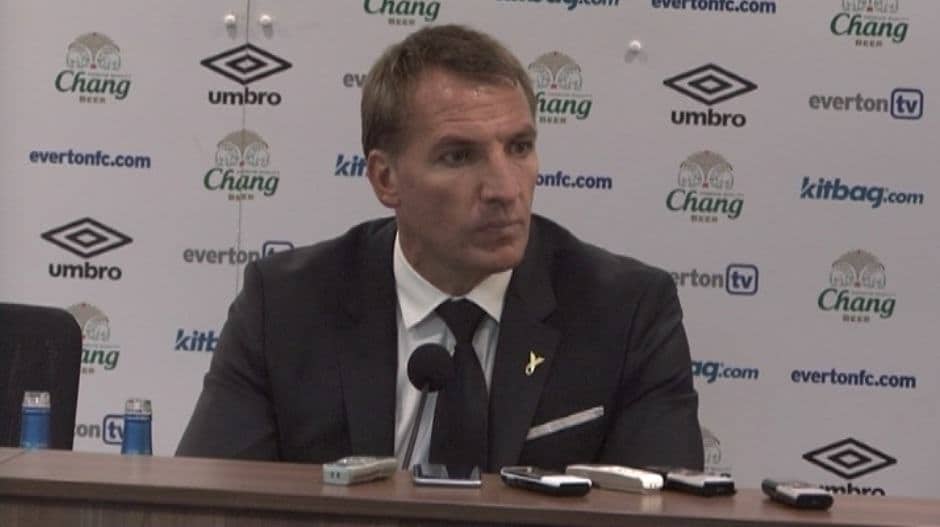 Rodgers said he thought Liverpool were “clearly the much better team in the first half,” but “conceded a disappointing goal, which a little bit of luck went against us. Emre Can makes good contact on the ball and 9 times out of 10 that goes out for a throw in and it’s good defending.”

Rodgers said he was “overall, pleased with the performance.”

Later he is asked about his future as manager, saying “I don’t feel any pressure whatsoever, I can honestly say that.”

“When you send a team out you want them to be committed, to be relentless in their game and to play with no fear. And I think you’ve seen the team play that today.”

Asked whether he has been told to deliver a top four finish, Rodgers said: “I have never been told that.”

“In all my time at the club, that has never been said to me, to achieve that. In the whole time at the club, it’s been an internal ambition of me, my coaching staff and the players, because we want to arrive there (top four). And we did that. We did that against the odds a couple of years.

“I have never, ever been asked, or told to deliver that (top four), since the day I walked in.”