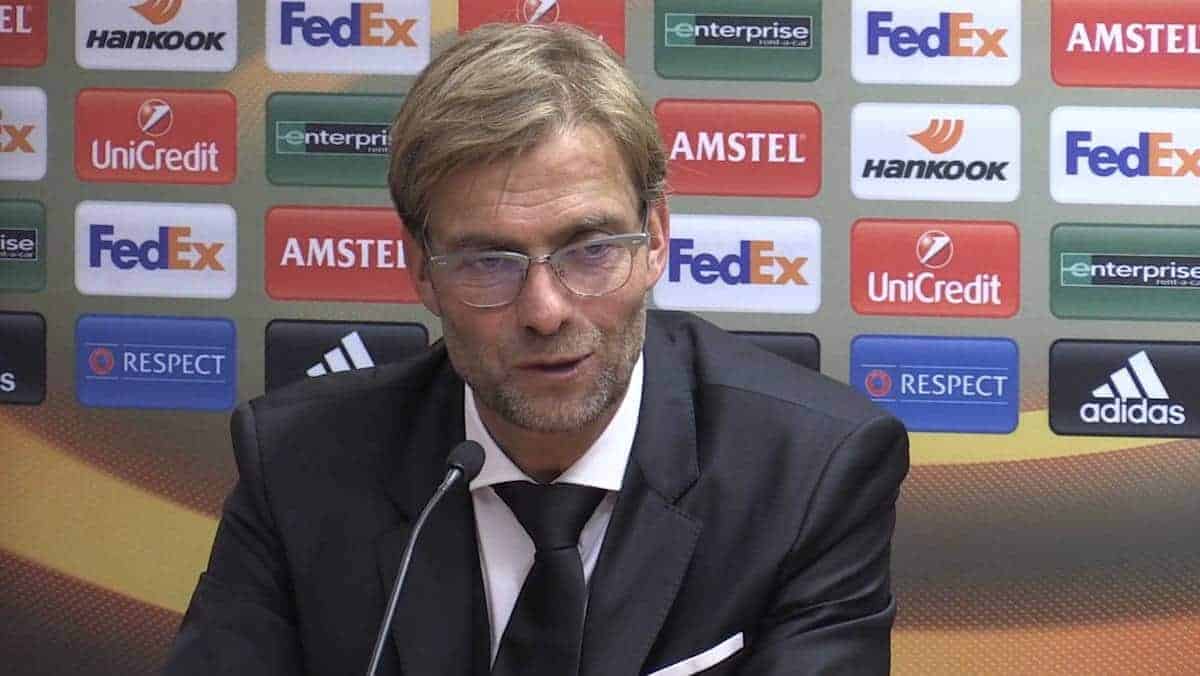 The German, taking charge of a game as Liverpool manager at Anfield for the first time, received a warm reception but was unable to avoid his side being held to a 1-1 draw despite the visitors being down to 10 men for over half of the match.

Klopp was asked about the atmosphere at Anfield, the match, whether he sees Emre Can as a midfielder (long-term) and on the challenge ahead.