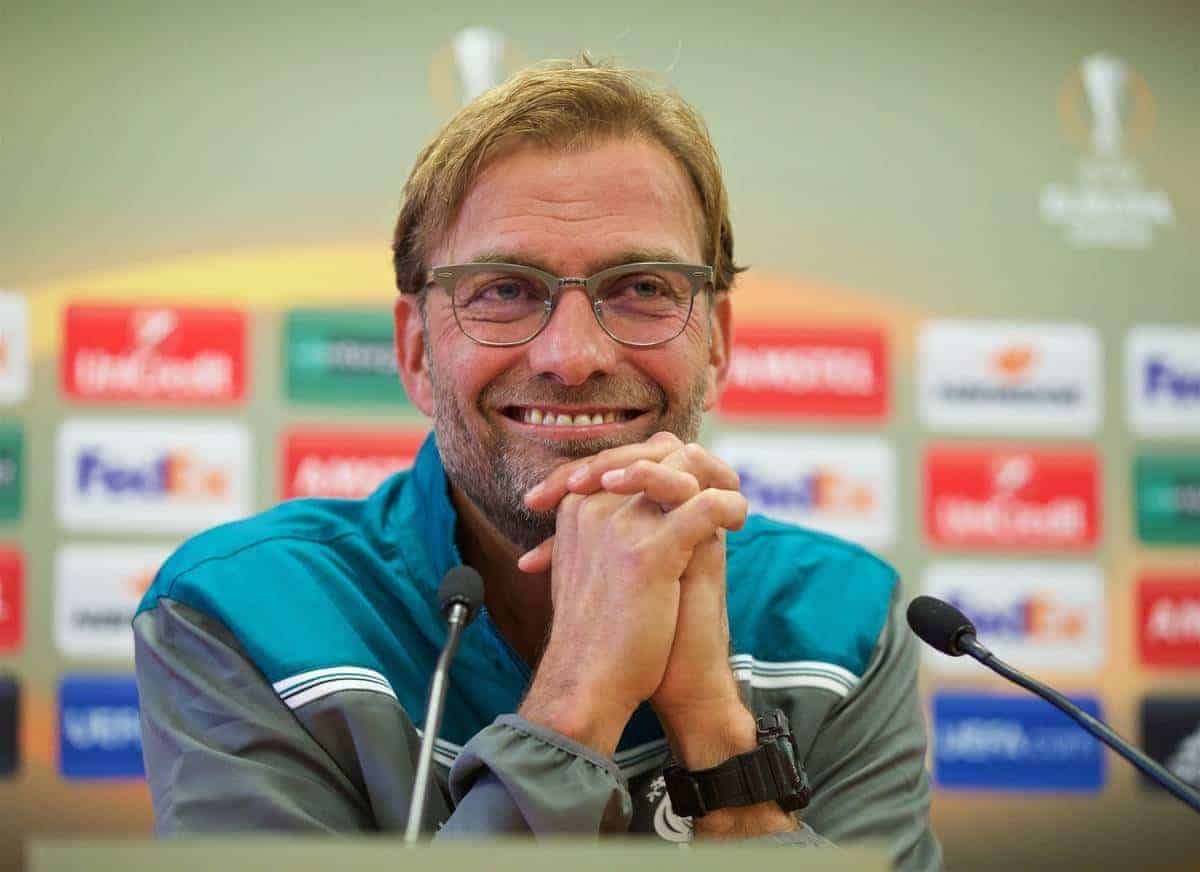 Liverpool manager Jurgen Klopp has launched himself into a club-versus-country row less than two weeks into his reign after likening England’s handling of Jordan Rossiter to that of a horse.

The 18-year-old returned from under-19 international duty with a hamstring injury after playing three matches of 90 minutes in five days.

Klopp said the situation was not normal and he would be speaking to someone at the Football Association.

Liverpool have recent history with the FA over treatment of players as just over a year ago Klopp’s predecessor Brendan Rodgers expressed his displeasure after Daniel Sturridge sustained a thigh injury during an England training session the day after an international match.

“Rossiter is a special story. I never heard of an 18-year-old playing three games in five days,” he said.

“That is the problem why he is injured and I don’t think he will be ready until the next international break.

“I don’t know who I have to talk about this but I will find a way because it is not okay.

“On my first day I didn’t want to have a call with someone with the FA but for sure this is not okay.

“These young players are our future. If we handle them like horses we get horses.”

As if to emphasise the point Klopp insists he is not a slave to the 100 per cent, flat-out running dogma which people associate with his football as he is just as concerned about players’ fitness.

The German’s methods from his first match in charge at Tottenham – in which the Reds ran a combined 116 kilometres, by far their furthest of the season – have been the subject of much analysis.

There is already a debate about whether his team will be able to sustain that in a Premier League season when there are also European demands. But Klopp stressed it was not the necessarily the requirement every game

“The biggest misunderstanding in my life is people ask me if it is possible to play this kind of football,” he added.

“We must know turn the screws in the right moment; better thinking, better timing.

“But if play a much better team and you are not ready to run more than them then you are crazy.”

Klopp is likely to make changes to his side for the Europa League visit of Russians Rubin Kazan as he is holding back the likes of striker Sturridge, who sat out the draw at White Hart Lane with a knee problem, for Sunday’s visit of Southampton.

“Rotation is okay if your players can handle the situation,” he added. “You can leave a few players out on the pitch and the others have to swim for their lives, which is not okay.

“We cannot bring (Christian) Benteke and (Roberto) Firmino back for starting, for example. “If all the players are fit and you have been working for a while then you can think about it.”

Klopp’s home debut is one of the most eagerly-anticipated in the club’s history but the German sought to manage expectations.

“We have to be patient, in a football way. I hope no-one is waiting for it to be 4-0 after three minutes and is then disappointed,” he said.