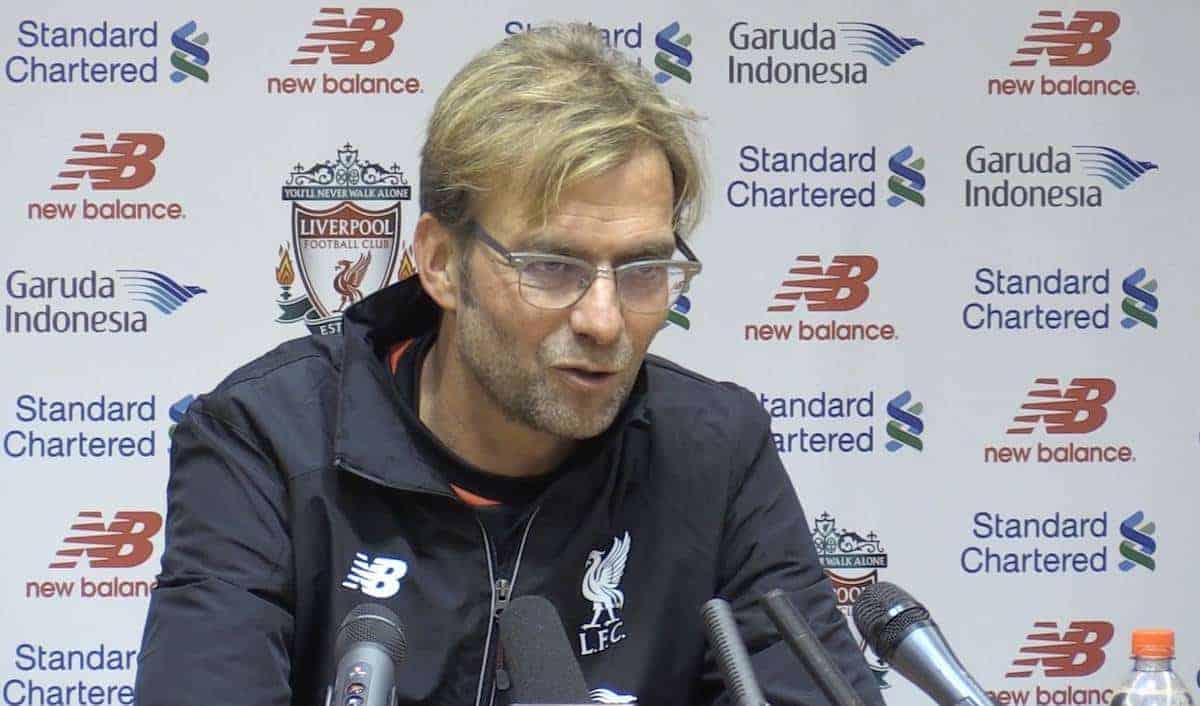 Jurgen Klopp addressed the media with an air of positivity after watching his Liverpool side defeat Bournemouth 1-0 in the League Cup.

A single goal from Nathaniel Clyne sealed victory for the Reds at Anfield, and Klopp was pleased with what he saw—in what was his first win as Liverpool manager.

The 48-year-old discussed the positive contributions of young stars Connor Randall and Cameron Brannagan, who made their first starts for the club, as well as that of £29 million summer signing Roberto Firmino.

Firmino earned the plaudits after a man-of-the-match display, and Klopp lauded him as one of the standout performers of the evening.

“He is ready, he is prepared for this league for sure, he is physically strong and a good technician – everything you saw,” he explained.

Klopp now looks ahead to Saturday’s Premier League clash with Chelsea, as he plots to build on this encouraging result.