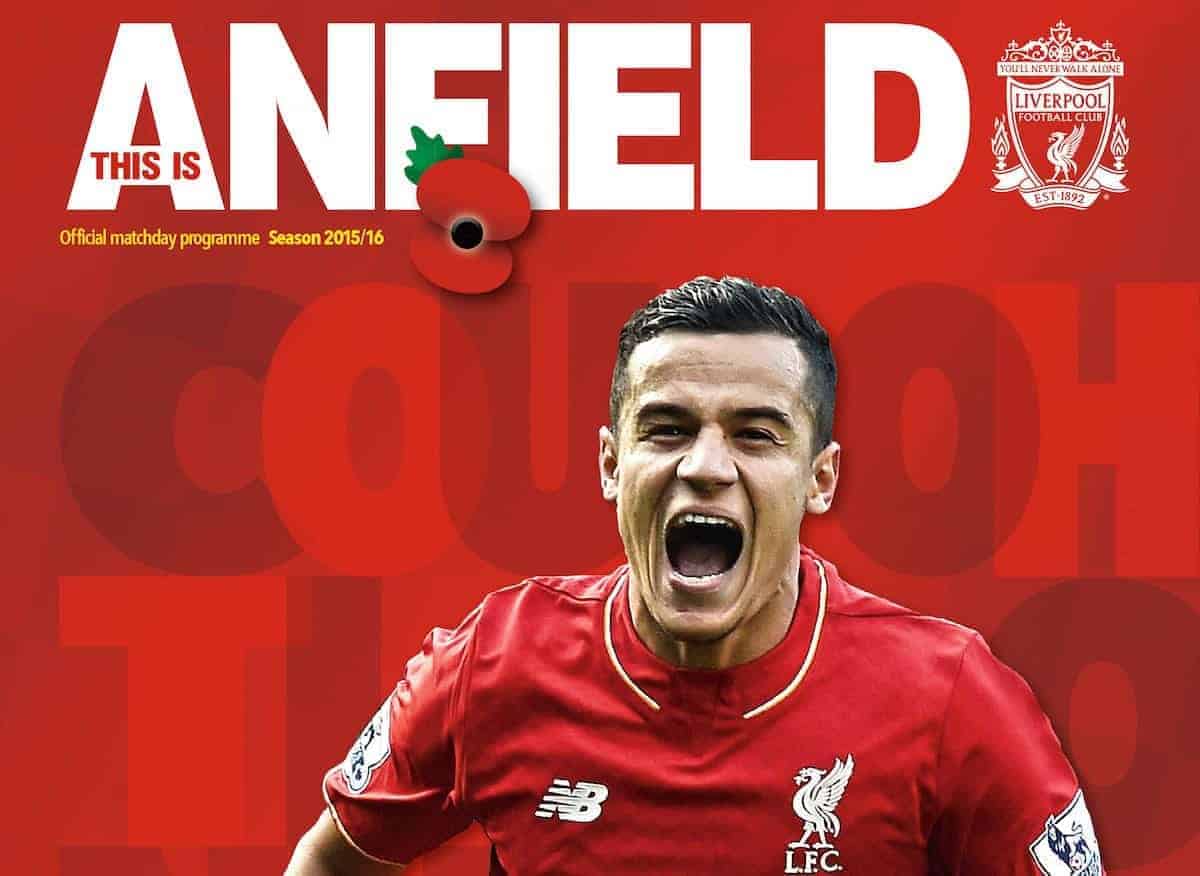 Liverpool host Crystal Palace at Anfield on Sunday (4pm GMT) and The Kop magazine’s Chris McLoughlin reckons it’s the perfect game for Jordon Ibe to follow up his first goal for the club with his first league goal.

Indeed, even when the Reds shipped seven goals against Palace in two massive games we didn’t win (Villa Park 1990 and Selhurst Park 2014, not that you want reminding), the lads also knocked six in at the other end. And this was without Perry Suckling in their goal.

There are other factors that convince me goals against the Eagles are inevitable. Milan Baros got a hat-trick against them in 2004 – his only treble in a red shirt – which included two penalties against a keeper (Gabor Kiraly) wearing a pair of trackie bottoms that he possibly bought from Great Homer Street Market earlier that morning.

Then there’s Mike Marsh who managed just six goals in his Anfield career but got three of them against Palace in the space of 19 days in late 1992. Two of them, in a couple of dire League Cup ties, came from the spot, but he also pinged a 25-yarder past Nigel Martyn in a 5-0 Premier League win down at the Annie Road end back in the days when the seats there looked like they’d been bought from the set of Rainbow.

But if you really want a shock scorer – and none looked more shocked than this fella – then one of Igor Biscan’s three Liverpool goals came against Palace when Gerard Houllier’s men hit them for five in the 2001 League Cup semi-final second leg. It was three years and nine months before Eeeeeeegor found the net again, which provides further confirmation that the South Londoners are a team any Reds player can score against. Apart from Rob Jones. Obviously.

True, they’re a good side now – and how they managed to get Yohan Cabaye ahead of anyone else still baffles me – but the Palace goalfests I’ve mentioned gives me hope that maybe, just maybe, this could finally be the weekend when Jordon Ibe gets a first Premier League goal to follow up his winner in Kazan.

Ibe features in the This Is Anfield matchday programme this weekend (It’d be nice to see his Christian name spelt with an ‘o’ not an ‘a’ on our new scoreboard too). He speaks about how he hope his attributes – his pace and ability to beat a man – will help to earn him a more regular place in Jürgen Klopp’s plans. He explains how he already feels encouraged by the way young players blossomed under Klopp’s coaching at Dortmund and why he knows he must now take any opportunities that come his way. Contributing goals is a big part of that.

Liverpool have missed Raheem Sterling’s pace this season. We’ve not quite got the same acceleration in the side without him, especially on the counter-attack. When Sterling’s agent persuaded him to jib Liverpool off for Manchester City, a lot of Reds – myself included – looked towards the talented Ibe in the hope that not only could he replace Sterling, but go on to be better than him.

It hasn’t happened. Not yet, anyway. After a good pre-season Ibe started against both Stoke and Bournemouth, but didn’t play especially well. His confidence seemed to drain quickly and he hasn’t started a Premier League game since. I don’t expect him to start against Palace either, despite his match-winning display on Thursday, but if the Reds need an impact off the bench then it would be a good time for him to start to provide it.

Adam Lallana‘s step-over was crucial, but Ibe was credited with the assist for Christian Benteke’s goal at Chelsea because he played the pass. It was a simple inside ball, nothing special, but the key point is that he had anticipated where Benteke would flick the ball on to (from a long clearance by Simon Mignolet) and gained possession before returning it to the striker.

Before that third goal, Lallana had bust a gut to get near Benteke when he was rising to flick on a raking Mamadou Sakho pass. Although he didn’t get on the end of it, his presence on the edge of the penalty area pulled Gary Cahill across leaving space for Philippe Coutinho to collect the ball, turn back inside and send the travelling Kop absolutely bonkers as the back of the net rippled.

If you think back to the first home game of the season against Bournemouth there were a number of groans around Anfield when Benteke rose to flick a couple of balls on only for none of the three players supposedly supporting him – Ibe, Coutinho and Lallana – to have run on beyond him, allowing the visitors to easily win the ball back.

The contribution of those three players to the goals at Stamford Bridge is an obvious sign of progress under Klopp. Add to that James Milner‘s whipped cross for Benteke’s brilliant headed goal against Southampton and it appears that the players – despite limited time on the training pitch due to the big man’s injuries – are learning how to play alongside him. Both of those Benteke goals, incidentally, came after he was brought on from the bench and making a difference when on as a substitute is something Ibe must begin to do.

Ryan Babel didn’t exactly turn out to be a superstar in a red shirt, but he scored 12 of his 22 goals when coming on as a sub (only David Fairclough has got more) and netted 11 of his tally between the 77th and 90th minutes. Liverpool lack an attacking impact player from the bench who regularly contributes late goals and that, for me, is a big step Jordon Ibe could take to develop into the player many of us think he can become.

His goal in Russia should have done his confidence levels the power of good, but Liverpool v Crystal Palace is a bigger game and one that will take some winning. Who knows, maybe the 19-year-old winger just needs a chance against a team the Reds usually find a way of scoring against to make this the week when he truly kickstarted his Liverpool career…

• The This Is Anfield matchday programme is available at the ground, from official Liverpool FC club shops or to order from www.sportmediashop.com.

Subscribers can currently save £12, the equivalent of three issues free, and will be automatically entered into a competition to win a signed Philippe Coutinho football.