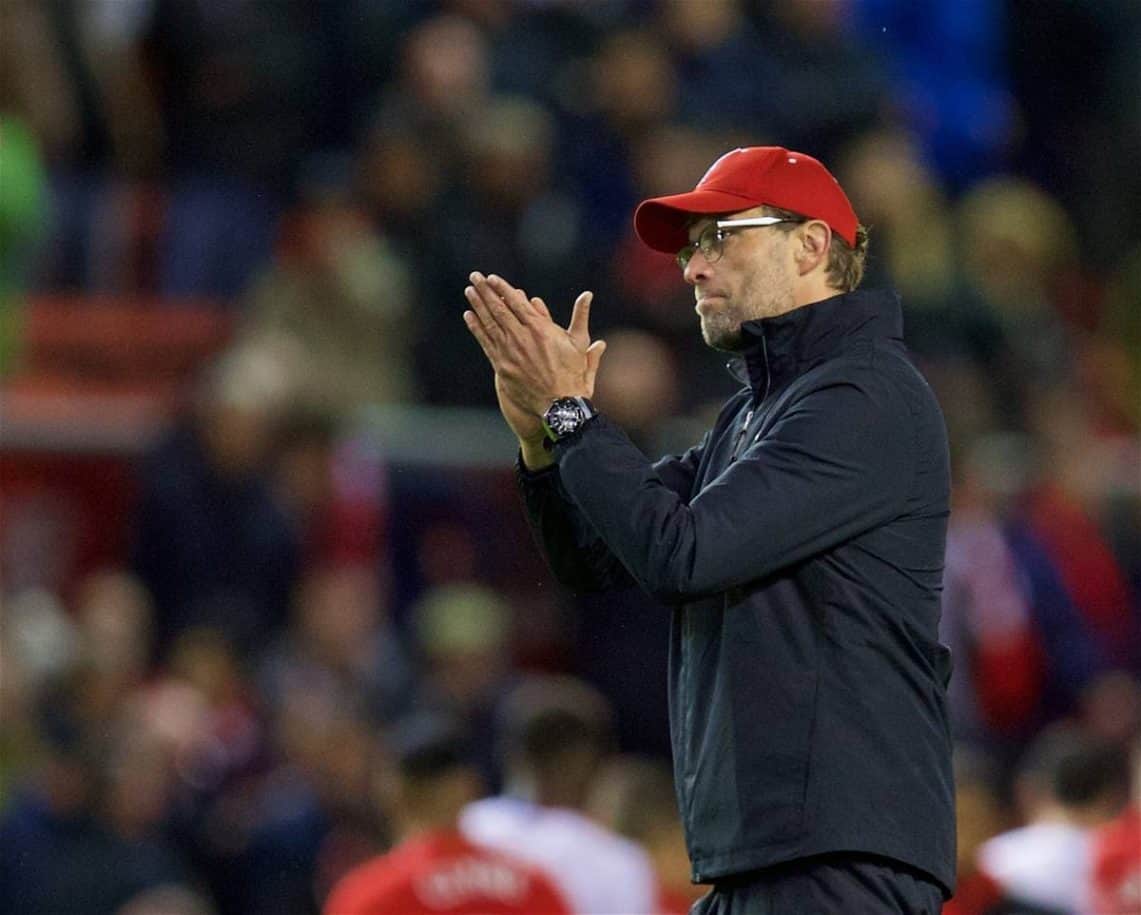 Jurgen Klopp will not be rushed into signing lots of new players in January, according to Liverpool legend Jamie Carragher.

Much has been made of a lack of quality and depth in the Reds’ squad of late, especially following the disappointing 2-1 defeat at home to Crystal Palace nine days ago.

Although Carragher openly admits reinforcements are needed at Anfield, he doesn’t feel Klopp will do much business in the January transfer window.

“Eventually, he will make big changes but I think in January it’s always difficult to make those kinds of changes,” he told the Evening Standard.

“Now and again you see signings coming in January who make a big difference – Luis Suarez was huge for Liverpool. Daniel Agger came in January too and he did really well, but it’s not normally a time when you get the best players on offer.

“I imagine the changes he [Klopp] will look to make and want to implement will come more in the summer.

“At present the team and the squad isn’t quite good enough to be where everyone wants Liverpool to be and that’s the whole point why you bring a new manager in.”

Liverpool’s injury problems have seen Klopp with very limited options in recent weeks, with key players like Daniel Sturridge, Jordan Henderson and Mamadou Sakho all on the sidelines, among numerous others.

The 48-year-old German is sure to have an idea of who he wants to bring in, but as Carragher eluded to, it is always trickier to buy top players in January.

A host of Germans have been linked with moves to Merseyside, including Ilkay Gundogan, Benedikt Howedes, Timo Horn and Leroy Sane.

There are clear areas of the pitch that needs strengthening in Klopp’s first-choice starting eleven, most notably at the heart of the defence and out wide, while added depth is badly needed at full-back.

Next summer promises to be very interesting.

> Timo Horn: Could Cologne’s No. 1 replace Simon Mignolet at Liverpool?

> The 11 game run that will define Liverpool’s season