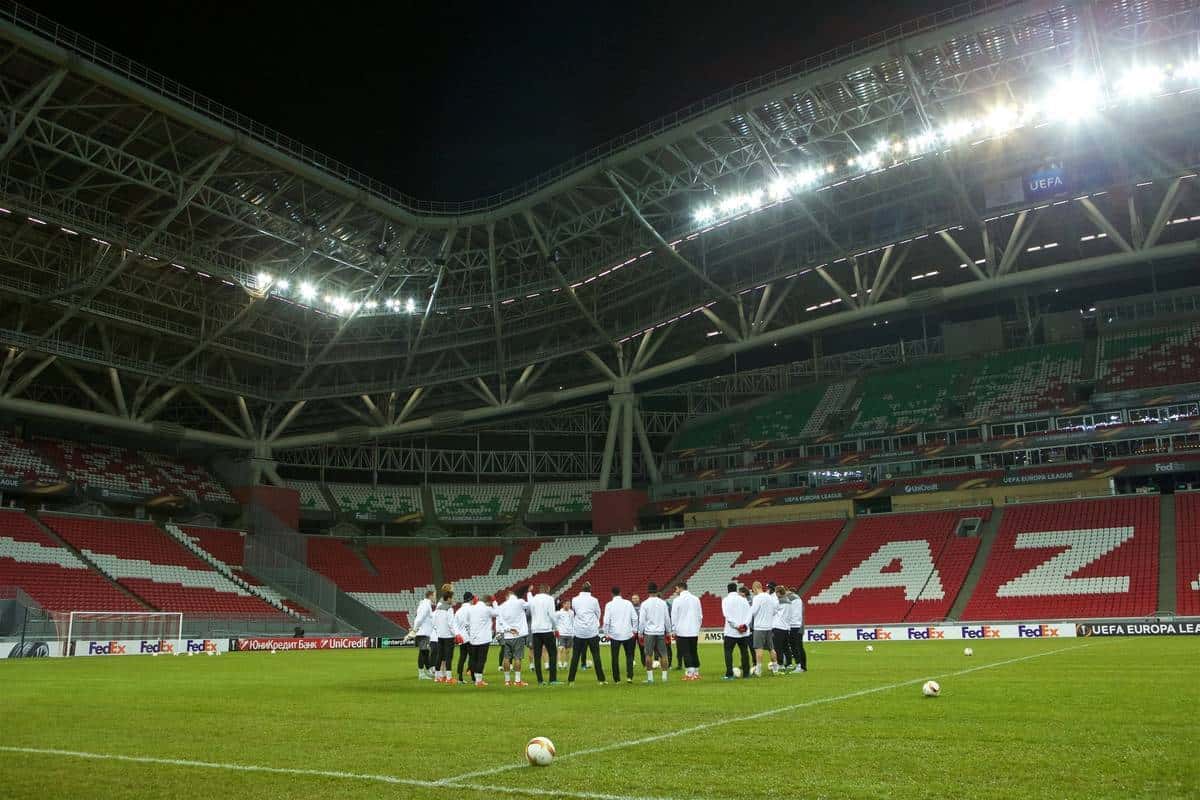 We take a look at how Jurgen Klopp could line up his Liverpool side for a tricky European clash against Rubin Kazan. Klopp’s Reds go in search of a third consecutive victory when they take on Kazan in a game of real importance in Group B on Thursday night.

A first win of the Europa League campaign would put the Reds in a strong position with two games to go, while a defeat could leave Liverpool facing an uphill battle over the final matches to progress.

Klopp has taken a full strength squad to Russia – missing only those injured or ineligible – despite the close proximity between Thursday’s game and Crystal Palace’s arrival, and we take a look at the line up options available.

Shame for Joao Teixeira he's not on UEFA list. Rodgers didn’t pick him so ineligible. Which, in retrospect, is surprising/daft/bloodystupid.

With Klopp treating the Europa League as a priority rather than distraction, the German is set to name a strong XI in Kazan.

That could see the new boss stick with the side that romped to victory at Chelsea last time out, with little reason to alter the team that performed with such confidence to pick up the result of the season so far.

Klopp deciding to keep faith with those who did the job so emphatically last weekend would see Liverpool line up like so in the Kazan Arena: The imminent clash against Crystal Palace on Sunday could tempt the new boss to make some adjustments to his side however.

Klopp could make three changes while maintaining a strong line up and producing sensible game management to those who need at the same time.

Allen could replace Lucas Leiva to play in midfield with Emre Can – preserving the Brazilian’s legs for Sunday – while the refreshed Ibe could enter for Adam Lallana.

With Roberto Firmino needing to be managed carefully after only just returning from injury, Benteke could take his place to spearhead the Reds attack.

Those alterations in a slight change of shape would see Klopp’s men look like this come 6pm kick-off time: Klopp has enjoyed a positive start to life at Anfield, and Thursday night’s big clash in Russia offers the chance to take another progressive step with a third straight win.