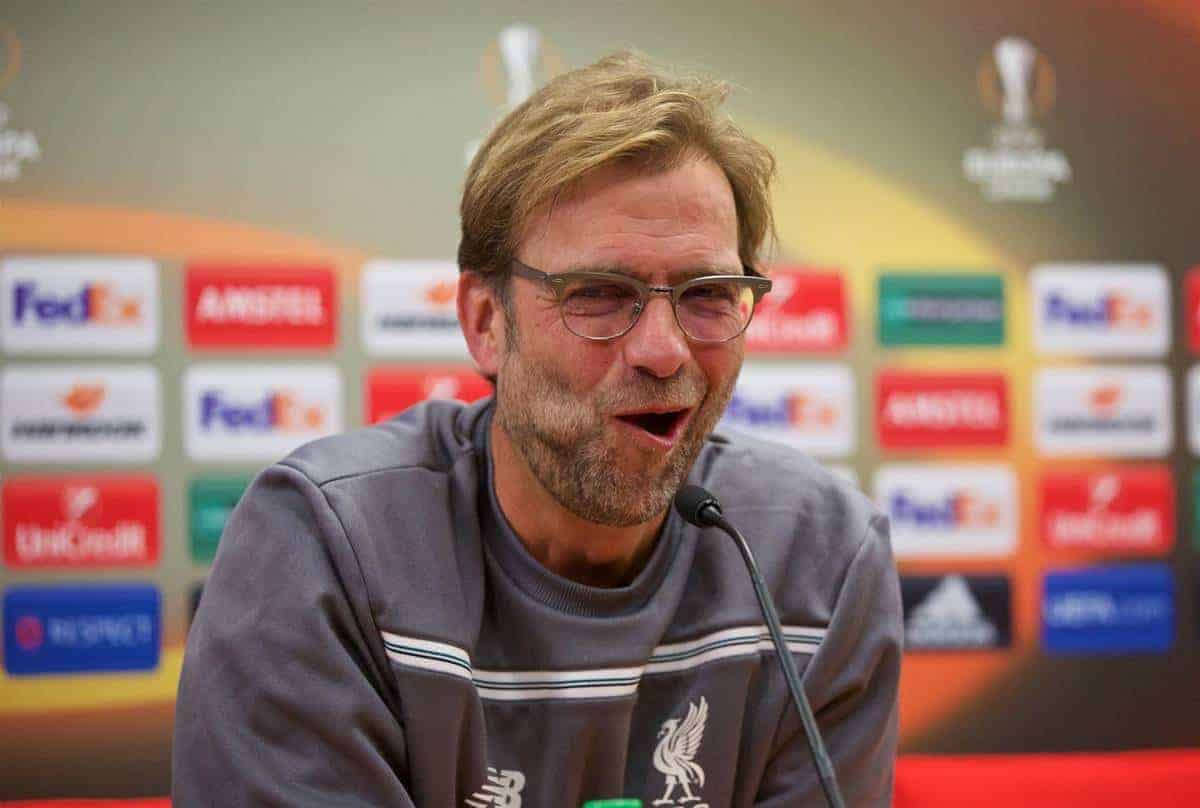 Jurgen Klopp had an interesting camaraderie with his French translator during his press conference at Melwood on Wednesday to preview Thursday’s Europa League clash between Liverpool and Bordeaux at Anfield.

An awkward start to the proceedings lead to Klopp joking that he’d waited so long for the French translation to the first question of the day from a journalist that he’d forgotten what the question was.

Soon after the German manager discussed which Scouse phrases he’d learnt during LFC TV’s ‘Kop Kids’ programme this week, before waiting for the translator’s attempt of “boss tha”.

Klopp will be hoping his side can book their place in the next round of the Europa League with victory over Bordeaux on Thursday evening.