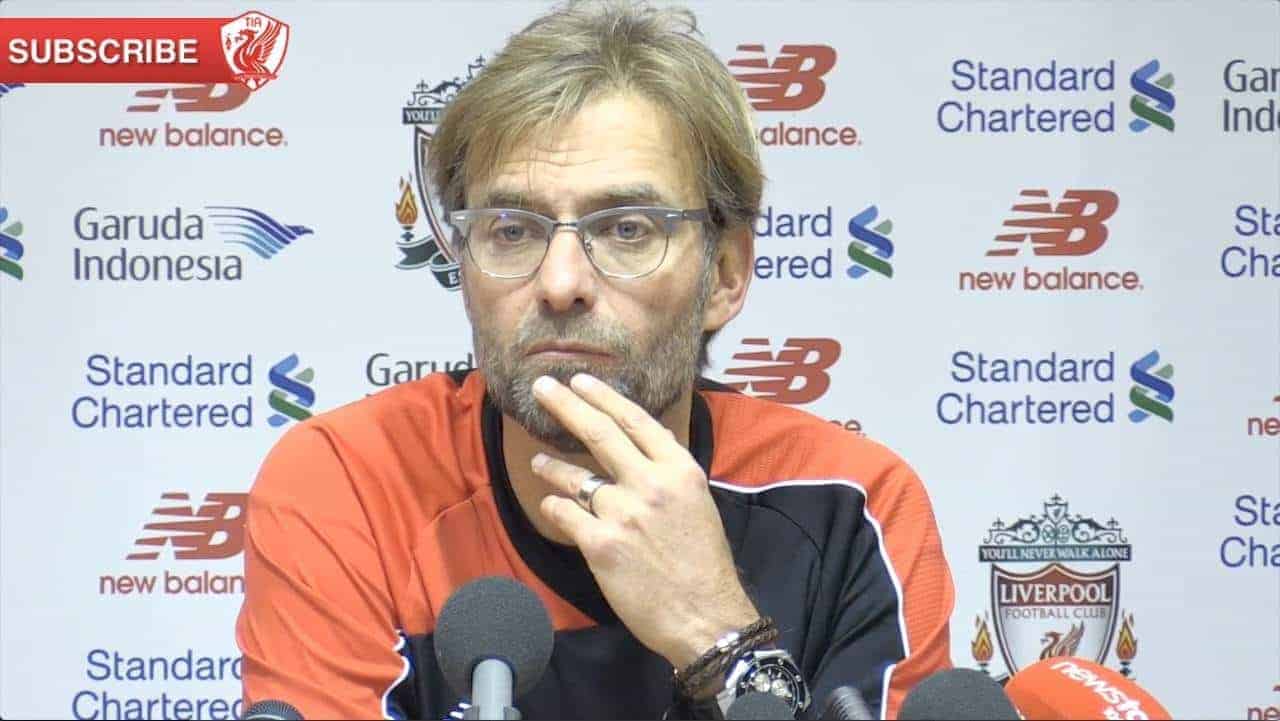 Klopp was asked about the returns of Daniel Sturridge and Jordan Henderson from injury – with both entering the game midway through the second half.

The win moves Liverpool up to sixth and means it’s six wins from the last seven games under Klopp, something the German was asked about whether he feels like momentum is being gained. The boss though says he wishes he could enjoy the wins but the next game is on Wednesday!

Speaking of which, Klopp says Philippe Coutinho will be fit to face Southampton in the League Cup quarter final.

Klopp singled out Moreno for praise, saying: “He has 20 knocks on his body, asked him where he hurts, he said ‘everywhere’!”